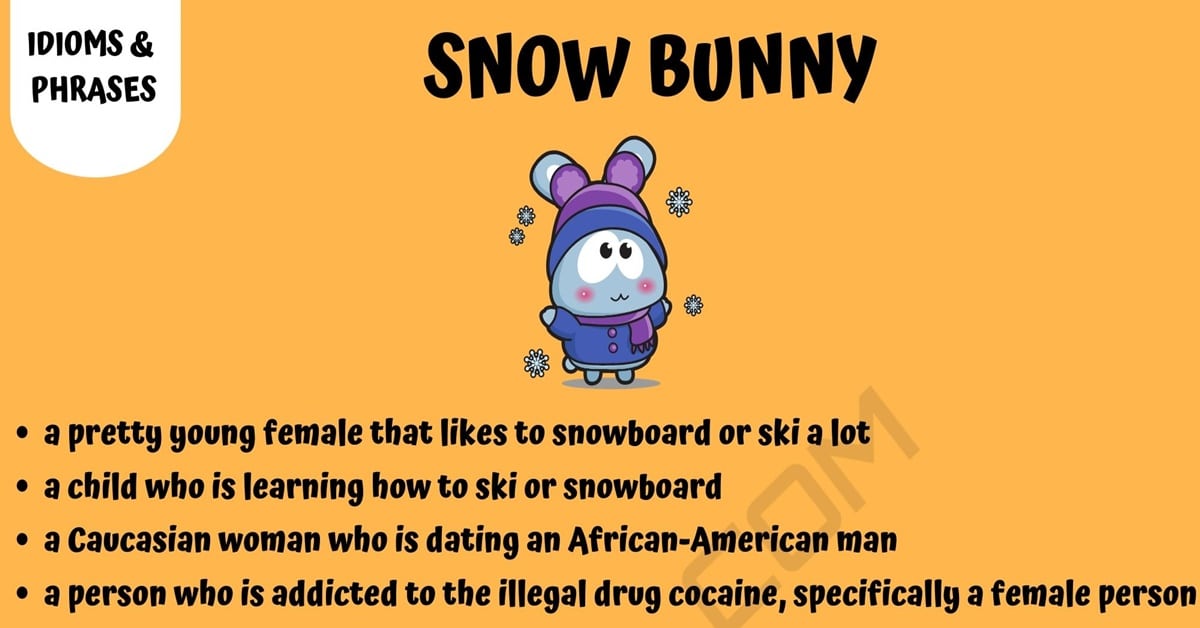 “Snow bunny” is a common idiomatic phrase that is used today. Here you will find the meaning of the idiom and the story behind its origin. You will also see the phrase used properly in everyday conversation/statement examples and other ways you can say the same in a much more literal way.

This idiom actually has four different meanings and the meaning being used needs to be determined by the context that it is being used in.

The idiom “snow bunny” started in the 1950s when it was first used to describe a woman on the slopes. Bunny was already being used as a word to describe a pretty woman and snow was added to signify the enjoyment of the woman spending a lot of time on slopes with snow. Sometime in the 2000s, the term was adopted to mean an attractive female whether on the snow-covered slopes or not and was also adopted by the African-American culture to mean a Caucasian woman who liked to date or was in a relationship with an African-American man. In recent years, it was also adopted to be a descriptive term for someone addicted to cocaine.

A statement made by a ski resort advertisement.

A statement in the local paper about a bar.

A conversation between two male friends at school.

Other Ways to Say “Snow Bunny”

There are many ways you can say “snow bunny” in a literal sense. Other things you could say include:

The alternative you choose highly depends on the context for which it is being used. 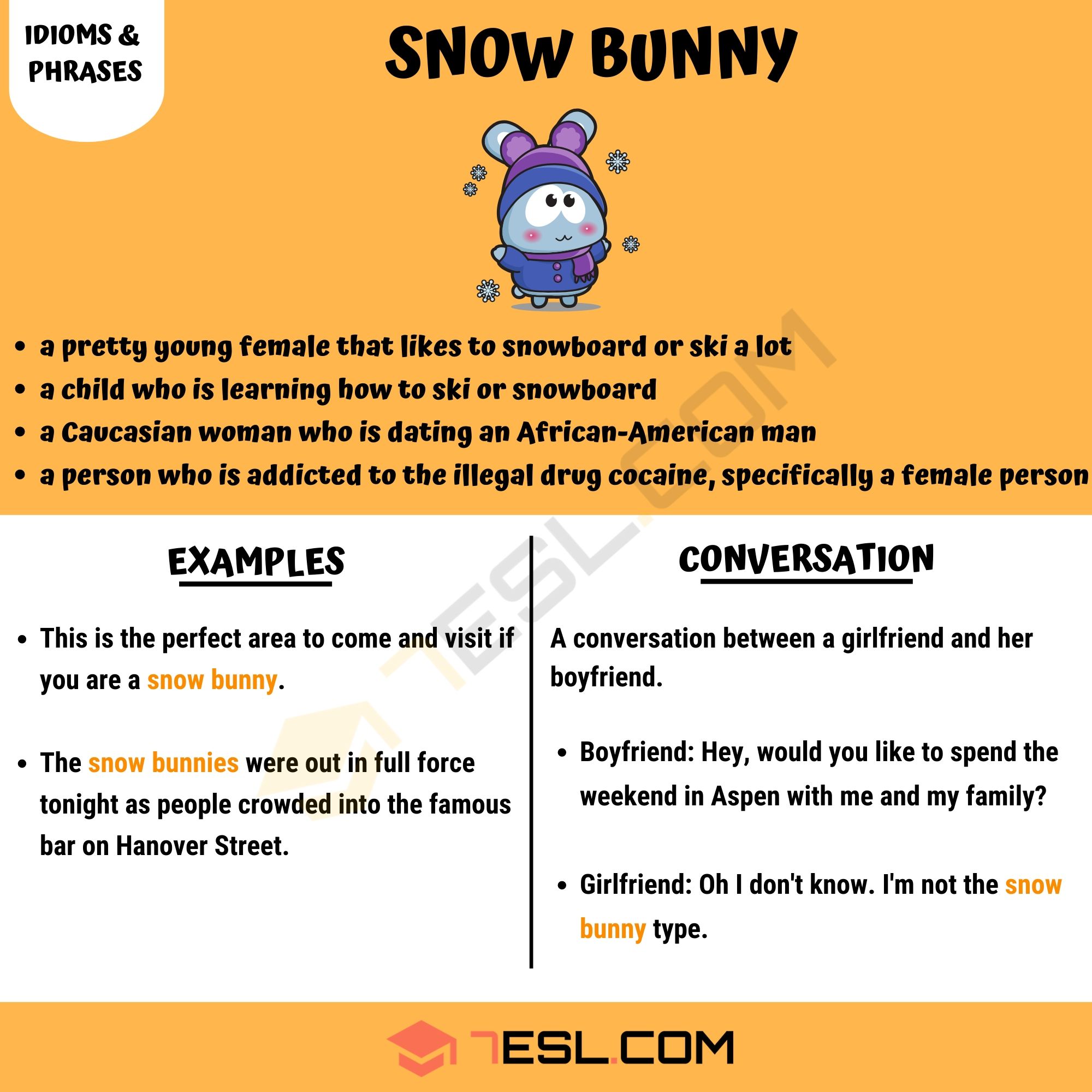