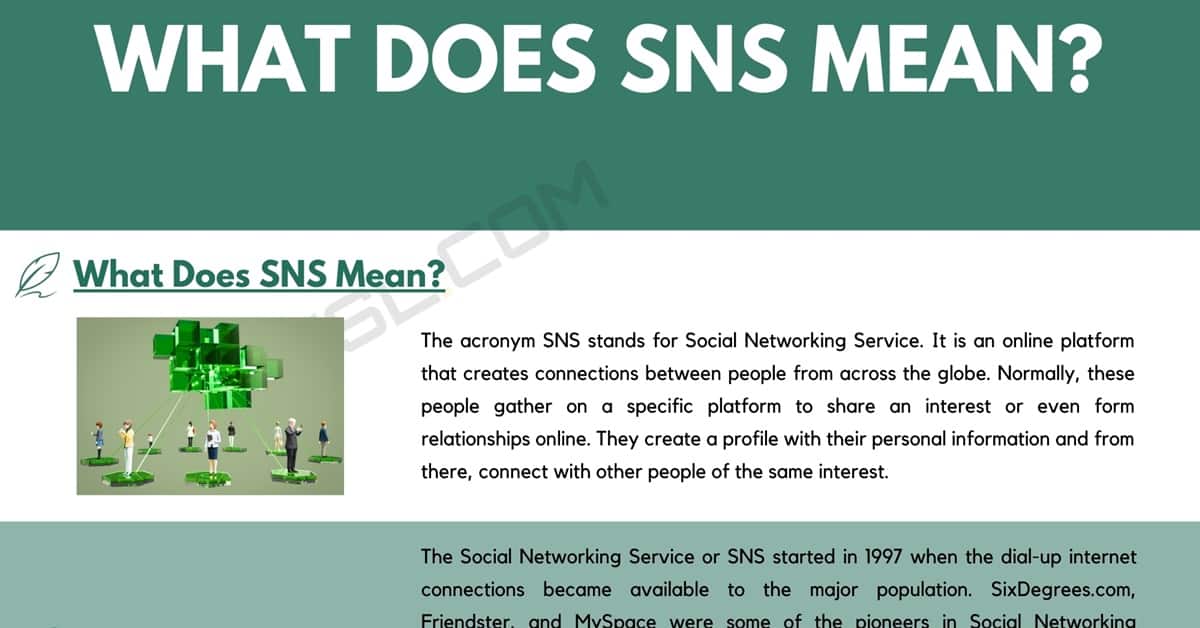 SNS is an acronym that is common on the internet. You may not know the meaning of this acronym, but chances are, SNS may already be familiar to you. It is a term used for online platforms like Facebook, Twitter and Instagram, LinkedIn, Snapchat, Pinterest, and TikTok.

What Does SNS Mean?

The acronym SNS stands for Social Networking Service. It is an online platform that creates connections between people from across the globe. Normally, these people gather on a specific platform to share an interest or even form relationships online. They create a profile with their personal information and from there, connect with other people of the same interest.

In the past, the term Social Networking Sites is a common term familiar to the general public. These three letters refer to all platforms that offer similar services. Since it contains too many words, people have started using the term Social Media. Social Networking Sites and Social Media are the same and which terminology to use is of personal preference.

When to Use This Acronym

Examples of This Acronym

Other Words to Use Instead of This Acronym

Aside from Social Networking Sites, you can also say Social Media which is a term recognized by all these days. 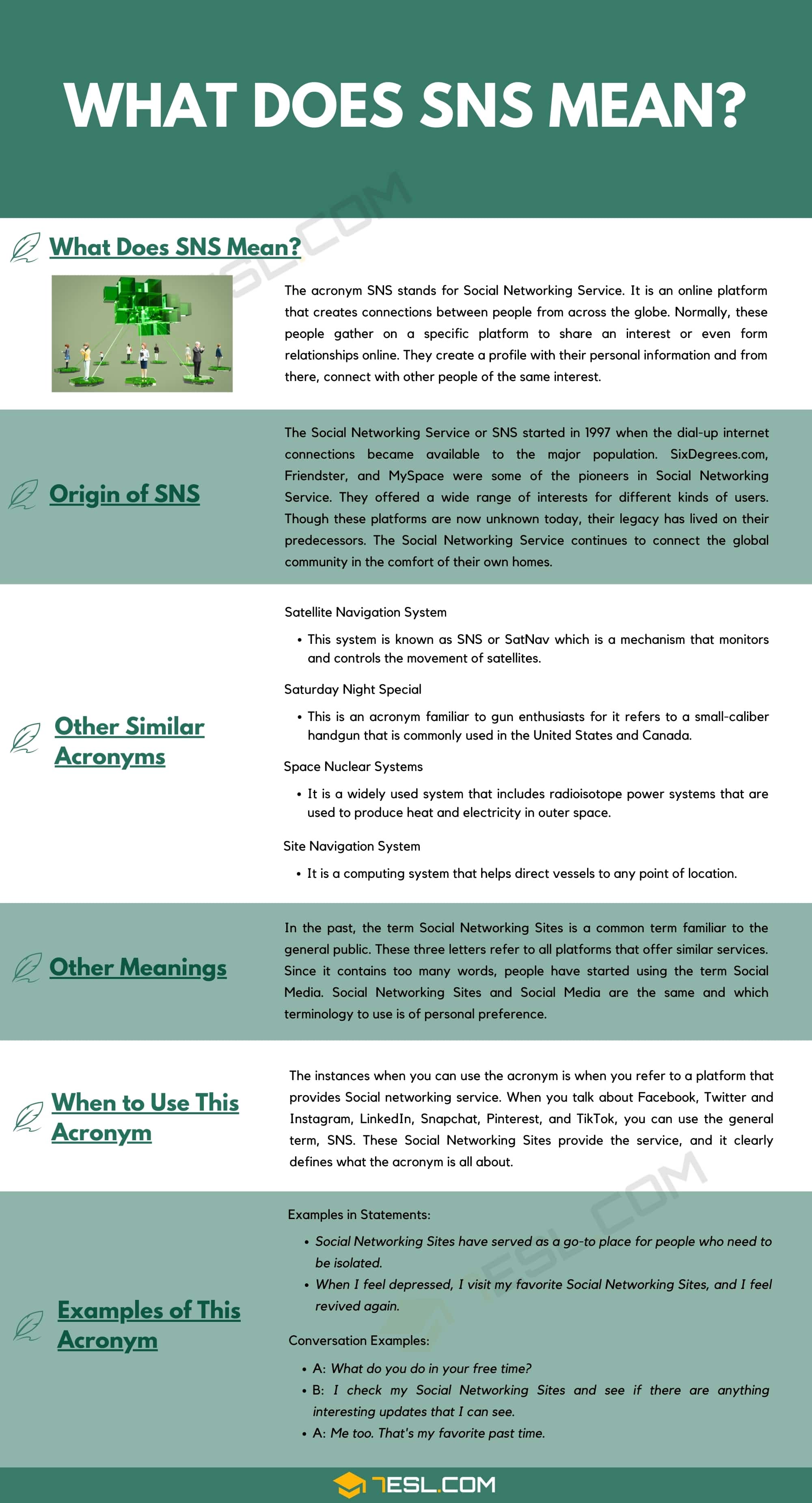