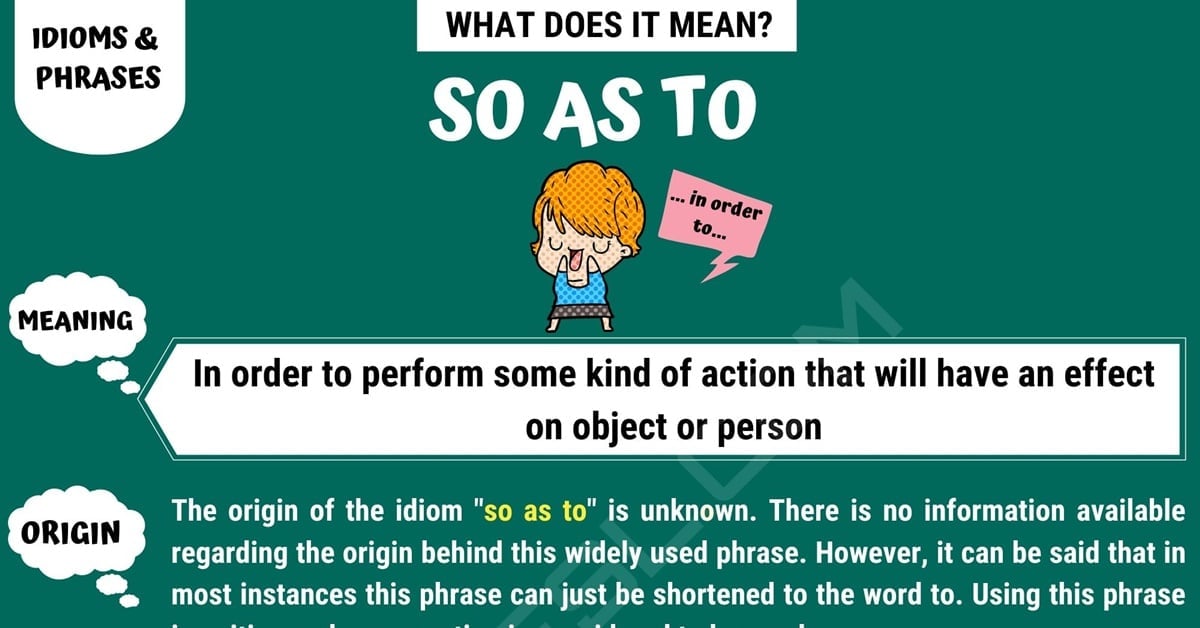 One of the most popular idioms you may hear or see used today in everyday conversation and writing is “so as to.” Here you will find the meaning of this phrase and the information about its origin. You will also find examples of how to properly use this phrase in conversations/statements and suggestions about alternative things you can say in its place to convey the same meaning.

So As To Meaning

The idiomatic phrase “so as to” means in order to perform some kind of action that will have an effect on object or person.

The origin of the idiom “so as to” is unknown. There is no information available regarding the origin behind this widely used phrase. However, it can be said that in most instances this phrase can just be shortened to the word to. Using this phrase in writing and conversation is considered to be wordy.

“So As To” Examples

A statement made by a local politician during his campaign.

A statement made on the red carpet by a well-known celebrity.

Other Ways to Say “So As To”

As with most idiomatic phrases, “so as to” can be said alternatively in several different ways while still conveying the same meaning. Some of these alternative suggestions include:

So As To Definition | Picture 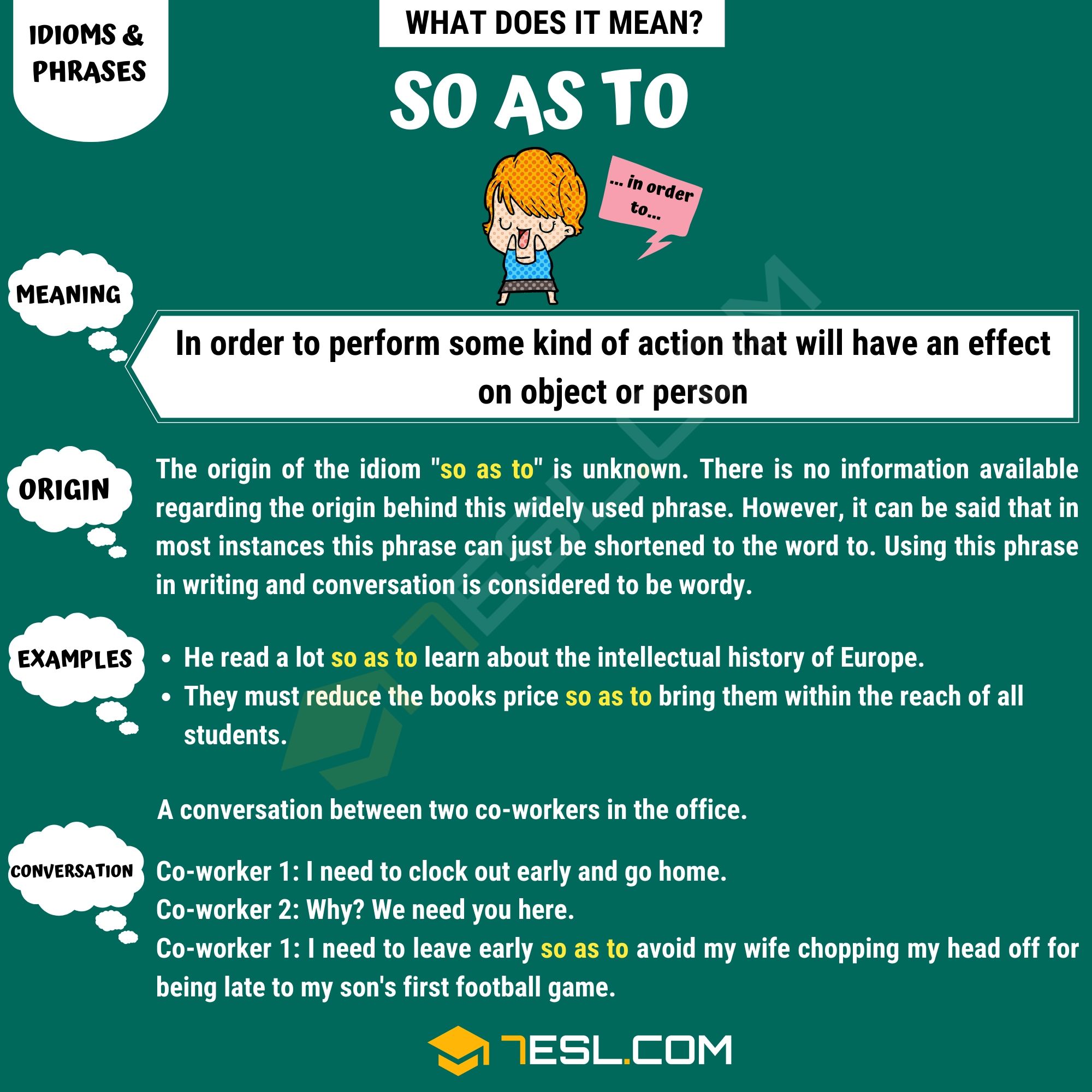 Thank you, this is very useful.