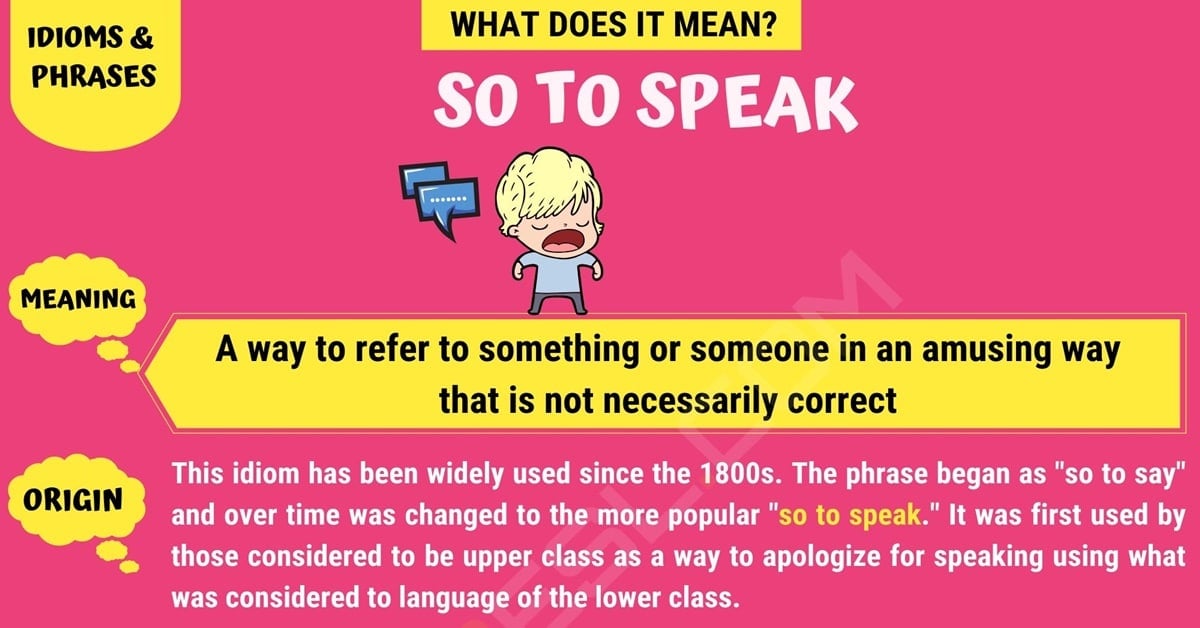 What does the idiom “So to Speak” mean? Idioms are a phrase that consists of figurative language that people use to express a thought or a feeling. These phrases have typically been in existence and used for hundreds of years, sometimes thousands. One of these idioms is the phrase “so to speak.” Here you will find the meaning of this phrase, its origin story, examples of how the phrase is used properly in everyday conversations/statements and other ways to say the same thing in a literal sense.

So to Speak Meaning

The meaning of the phrase “so to speak” is a way to refer to something or someone in an amusing way that is not necessarily correct.

Origin of this idiomatic expressions

This idiom has been widely used since the 1800s. The phrase began as “so to say” and over time was changed to the more popular “so to speak.” It was first used by those considered to be upper class as a way to apologize for speaking using what was considered to language of the lower class.

“So to Speak” Examples

A husband stating the reason he is not allowed to go out.

A friend making a statement about his job.

A husband and wife having a conversation.

Two friends having a conversation about work.

Other Ways to Say “So To Speak”

Like all idiomatic sayings, there are literal ways to convey the same meaning. For instance, saying sort of, in a matter of speaking and as it were are all ways to say the same thing.

So to Speak Meaning | Image 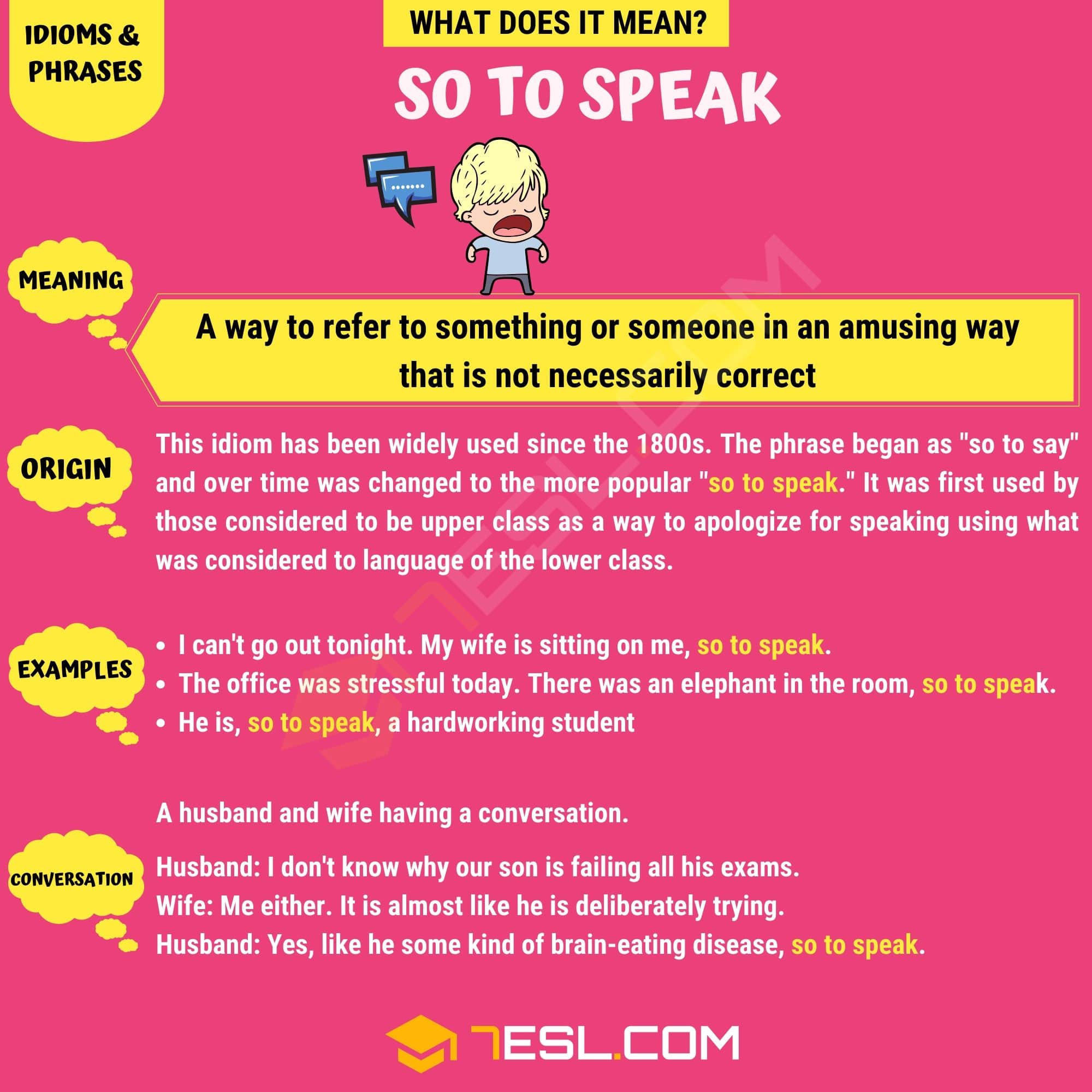