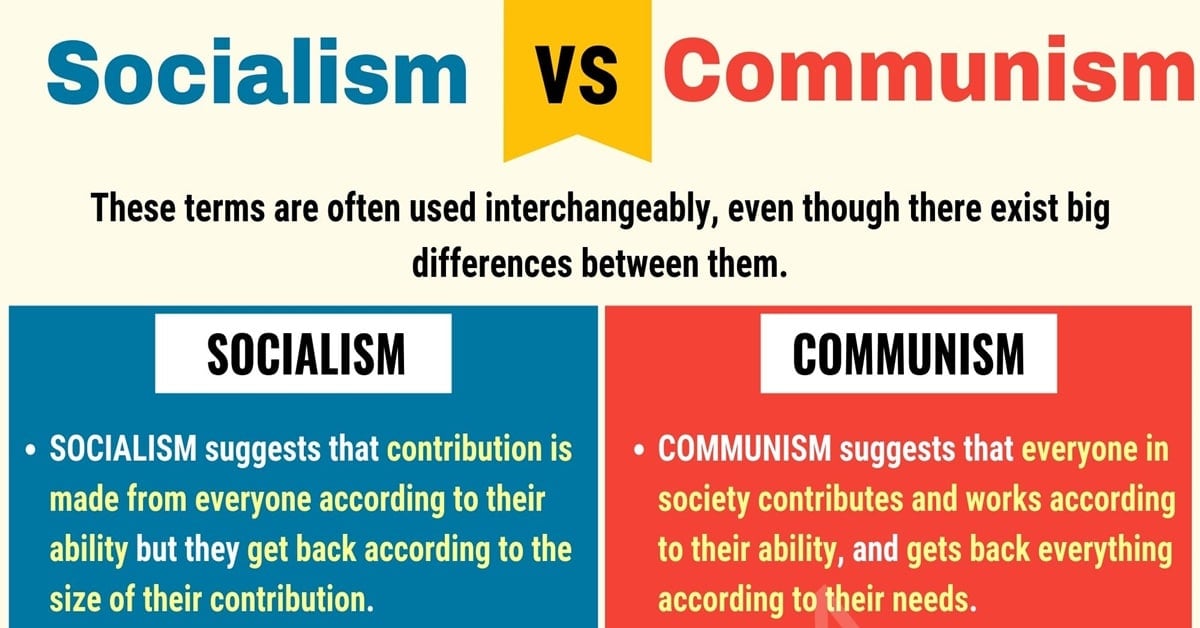 Socialism vs. communism! Some words in the English language cause confusion because they sound almost the same and have only one or two different letters. Some others, however, are used incorrectly in a sentence because they seem to have very similar meanings and so, are thought to be synonyms. This is the case with socialism vs. communism. These terms are often used interchangeably, even though there exist big differences between them.

So, in a socialistic system, profits are distributed depending on the results of every individual’s work, while in a communistic system, everyone has free access to all the goods that the community has to offer.

In communism, there is no government because everything is owned collectively by every member of society. However, in a socialistic system, there is a central government that owns all the means of production, decides on the distribution of goods, and makes plans for the economy. This is why a transition from capitalism to socialism is much easier than jumping straight to communism.

In fact, socialism is considered the first step toward communism in the Marxist theory. Only when the levels of production are high enough, can the next step be taken. In order for communism to be a success, everyone needs to understand that they’re working not because they have to, but because they want to benefit society as a whole.

In a communistic society, there’s no private property: everything is common and can be used by the individual who needs it the most at the moment. When it comes to socialism, however, there’s personal and public property. Personal property, e.g. houses and clothes, is owned by the individual. Factories, means of production, and other public properties are owned by the government.

One more difference is that communism rejects all religions, while socialism gives the individual the freedom to choose whatever he wants to believe in. Still, socialism generally promotes the separation of state and religious beliefs.

Finally, communism is a political system, while socialism is primarily economical and can coexist with a variety of political systems. The biggest similarity between the two is that none of the systems has proved to be successful in practice. Despite the fact that they sound almost as if they’re able to create heaven on earth, people want to become rich, to have more private properties, and to have power. As long as this human nature doesn’t change, neither socialism nor communism will ever work. 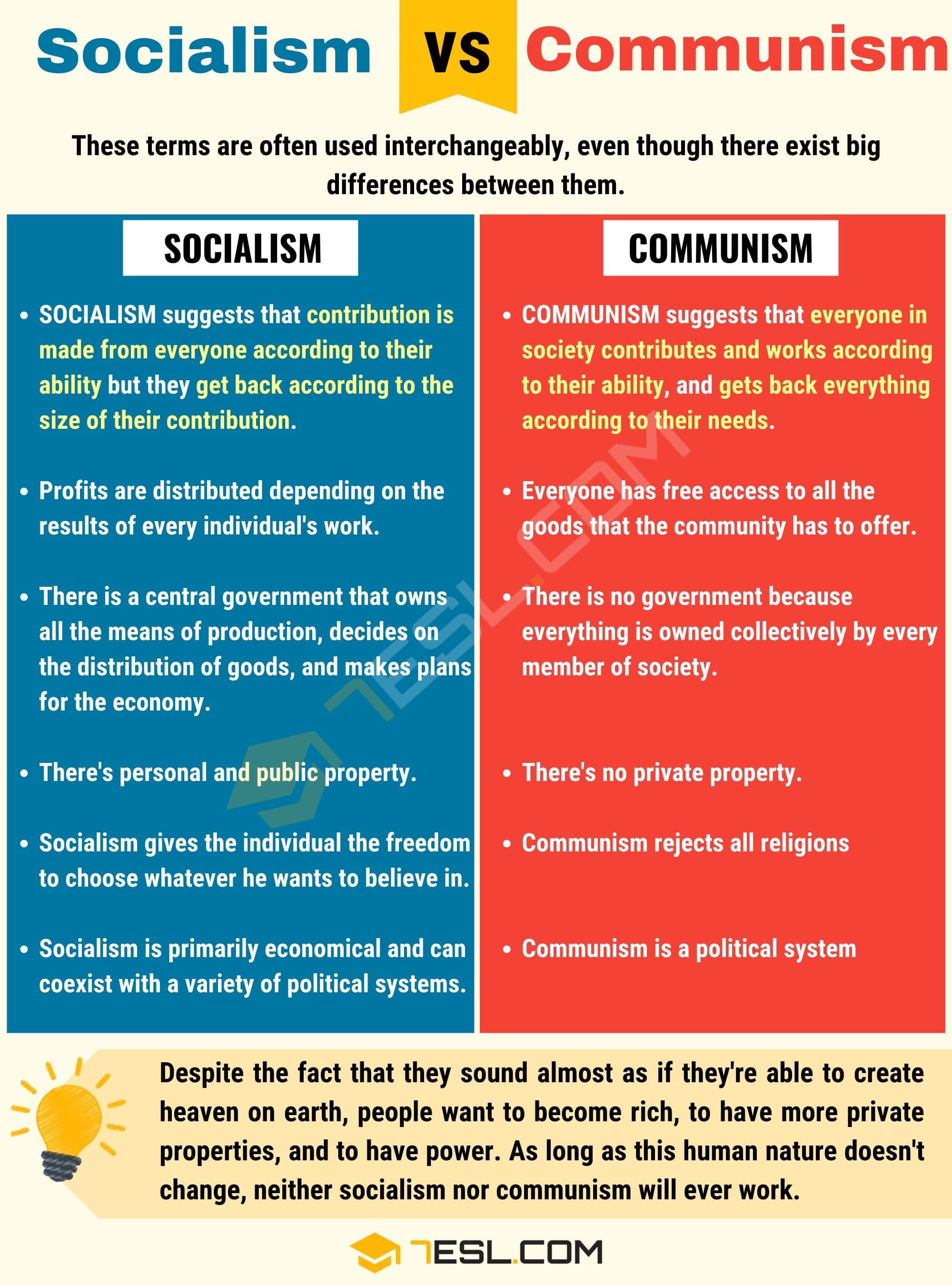 What would make it more correct?

if that not correct which is correct?

Both systems will never make the world better place for living