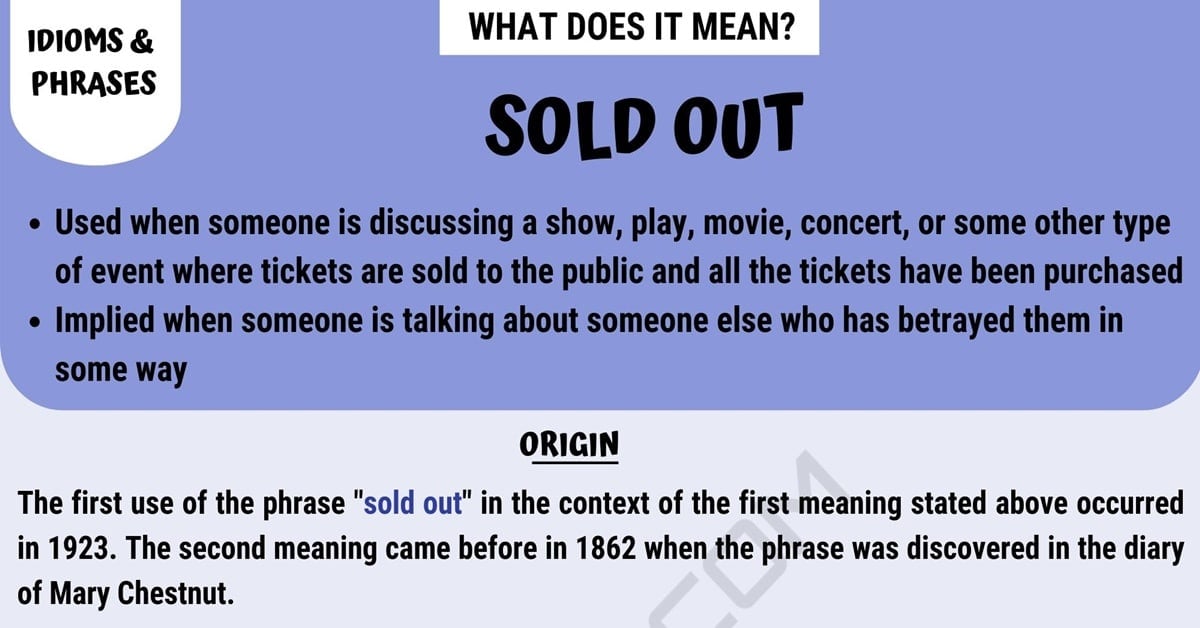 “Sold out” is a phrase that you will hear quite often in conversation and see just as frequently in print. If you are looking for information on this phrase, then your search has led you to the right spot. Here you will find everything you need to know from the meaning of this phrase to its information about its origin. You will also see the phrase used correctly in some example sentences and conversations to help you improve your skills by using the phrase and see some suggestions to use in place of this phrase also.

The phrase “sold out” can have two different meanings depending on the context the phrase is used in. The first meaning is used when someone is discussing a show, play, movie, concert, or some other type of event where tickets are sold to the public and all the tickets have been purchased. The second meaning of this phrase is implied when someone is talking about someone else who has betrayed them in some way. When the phrase is used in this manner, there is often a pronoun that appears in between the words “sold” and “out.”

The first use of the phrase “sold out” in the context of the first meaning stated above occurred in 1923. The second meaning came before in 1862 when the phrase was discovered in the diary of Mary Chestnut.

A conversation between two stage performers.

Alternatives to “Sold Out”

There are several alternative words or phrases that you can use in place of using the phrase “sold out.” Some of these include: 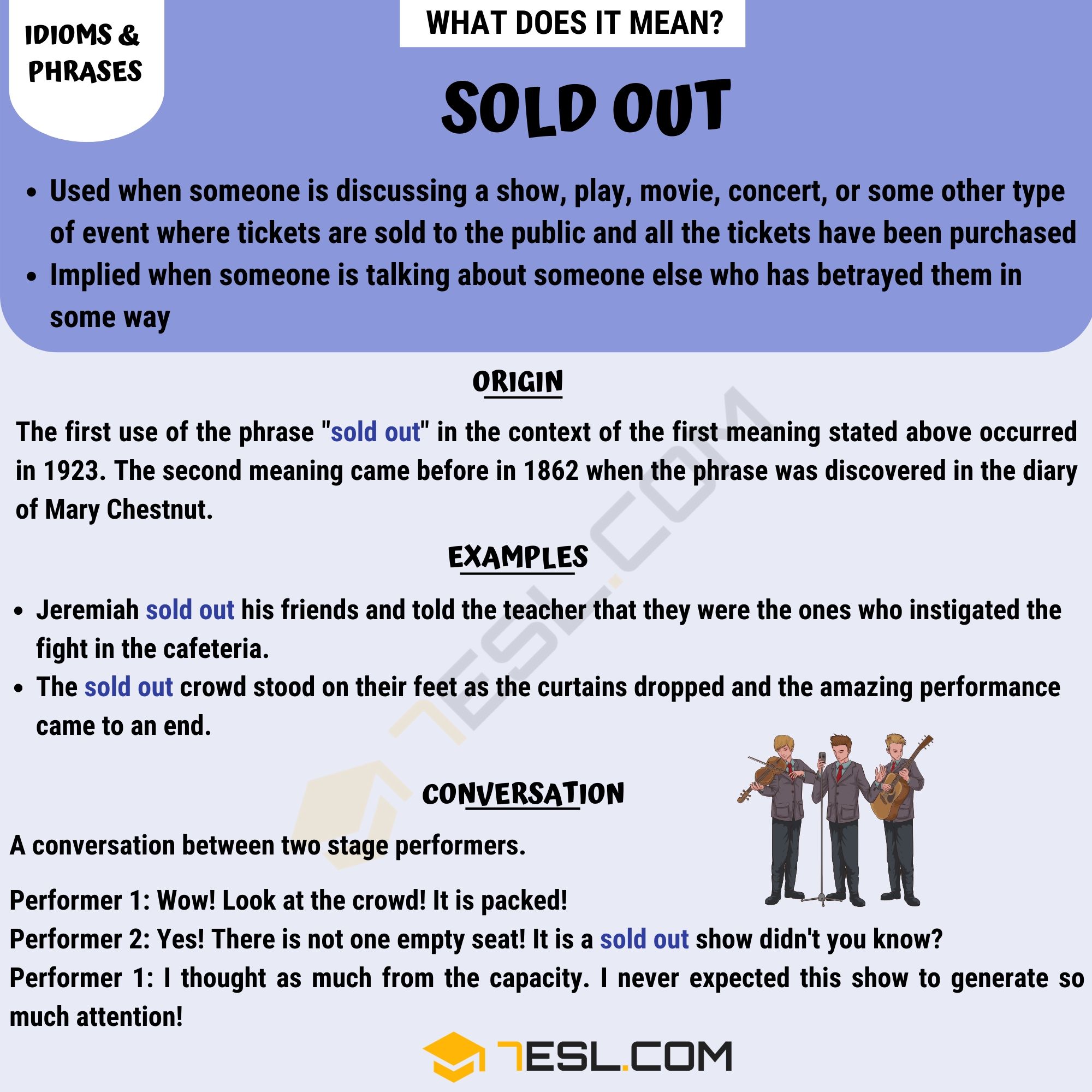