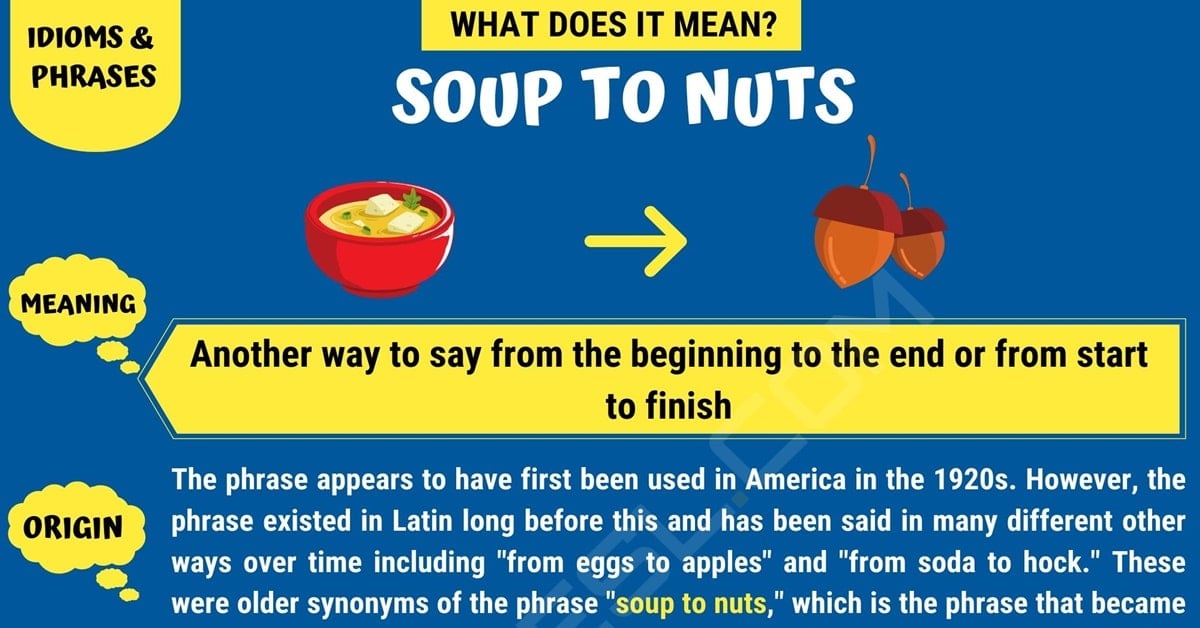 What is the meaning of “Soup To Nuts”? The American culture is famous for speaking in colorful idioms that seem to mean one thing but generally, refer to something different. This is the case with the phrase “soup to nuts.” It sounds like a person is talking about food, when they actually may be referring to something else entirely. If you have heard or seen this phrase but didn’t quite understand it because of context, then you have arrived at the right place for some clarification. Below you will find the meaning of this phrase, the origin of the phrase, some example sentences and conversations, and some alternative ways to say the same thing in conversation.

The idiom “soup to nuts” means another way to say from the beginning to the end or from start to finish.

The phrase “soup to nuts” appears to have first been used in America in the 1920s. However, the phrase existed in Latin long before this and has been said in many different other ways over time including “from eggs to apples” and “from soda to hock.” These were older synonyms of the phrase “soup to nuts,” which is the phrase that became the most popular. The phrase derived from the serving of a full course meal which typically began with some type of soup and ended with a dessert containing nuts.

A discussion between mother and son.

Alternatives to “Soup To Nuts”

The phrase “soup to nuts” can be replaced in conversation with several different words or phrases that are synonymous with this helpful idiom. Some of the other phrases you could use include: 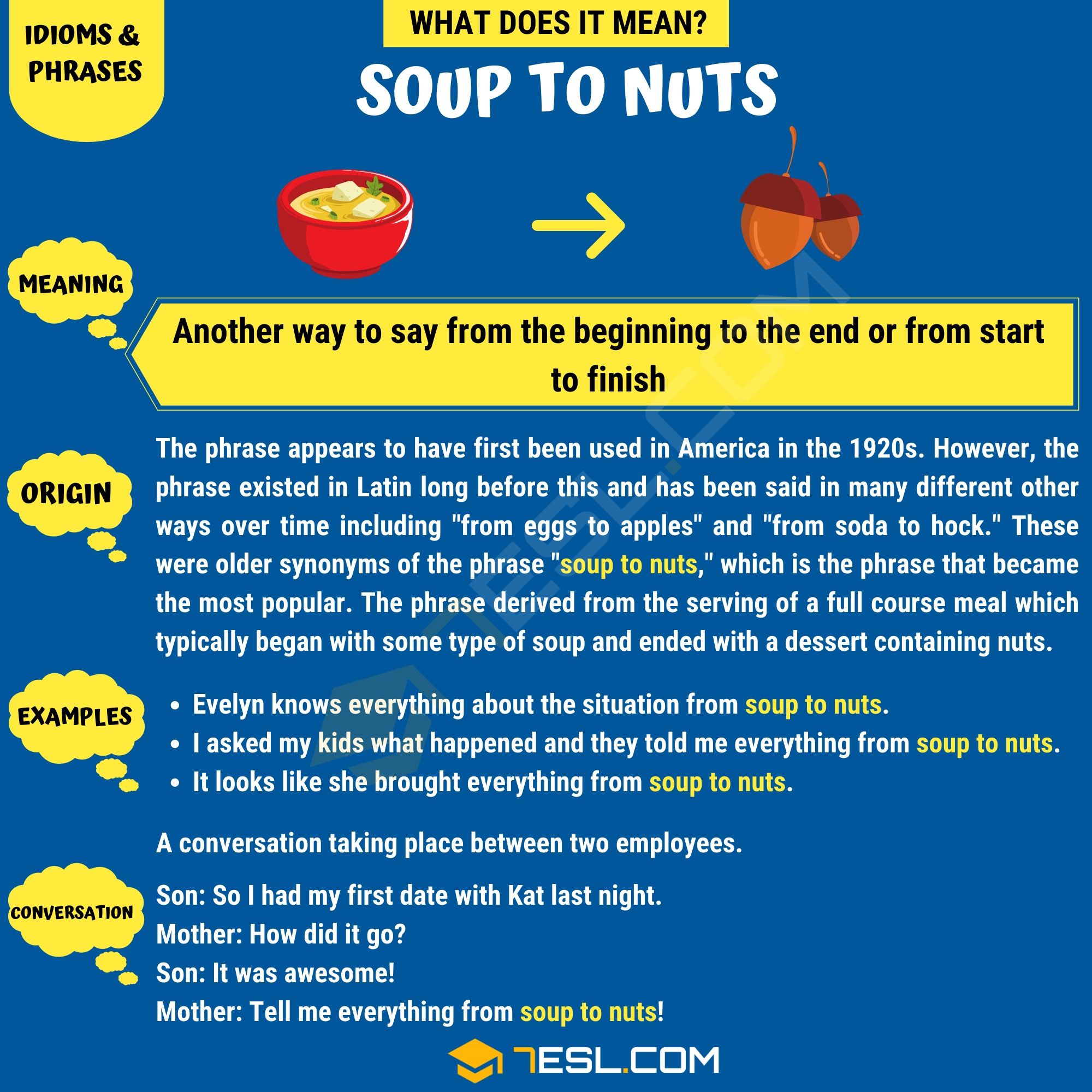