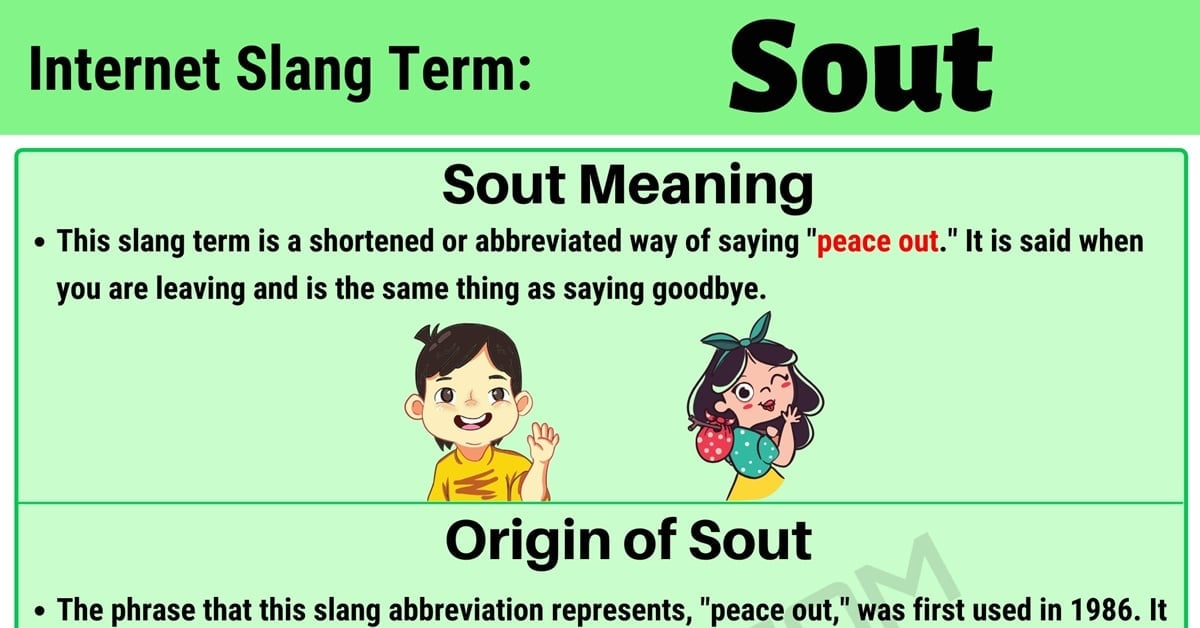 You may have been texting with a friend or talking to someone online and “sout” was the last thing they said to you. Instead of asking them what they meant, you decided to search the internet and that is most likely what led you here. If that is the case, then you are in luck! Here you will find the meaning of this slang term, information about its origin, and some other meanings of the term if there are any that exist.

You will also find the term used in proper context in normal conversations to help you get a deeper understanding. Finally, you will see some synonymous words or phrases that you can use interchangeably with this term to convey the same meaning.

What Does “Sout” Mean?

This slang term is a shortened or abbreviated way of saying “peace out.” It is said when you are leaving and is the same thing as saying goodbye.

The phrase that this slang abbreviation represents, “peace out,” was first used in 1986. It is a phrase that originated in the world of hip-hop music and became widely used after as a part of everyday life. It is likely to have been shortened into this abbreviated term because people usually say it quickly rolling all the words into one and when you do this, it sounds like this slang term.

Other Meanings of “Sout”

This slang abbreviated term also has some other meanings. For instance, in Scotland, the term is used to mean the word “something.” It is also said that the term is a swear word that was made up by people as a form of being able to curse in school and get away with it. Finally, another definition states that this term is used to describe hair around the nipples.

There are several words or phrases that you could use to replace the phrase that this term represents. Some of the other things you could say and still maintain the same meaning include: 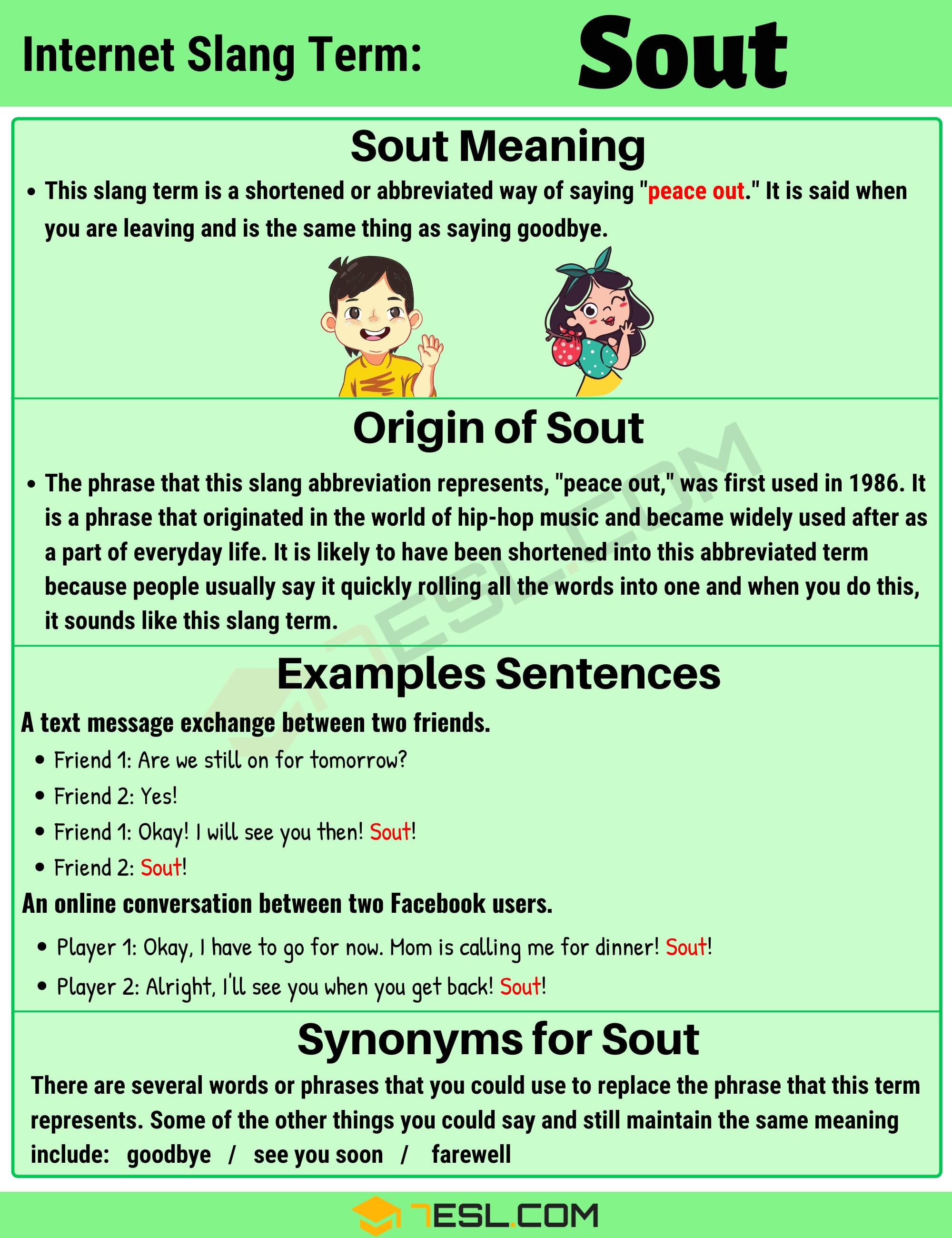