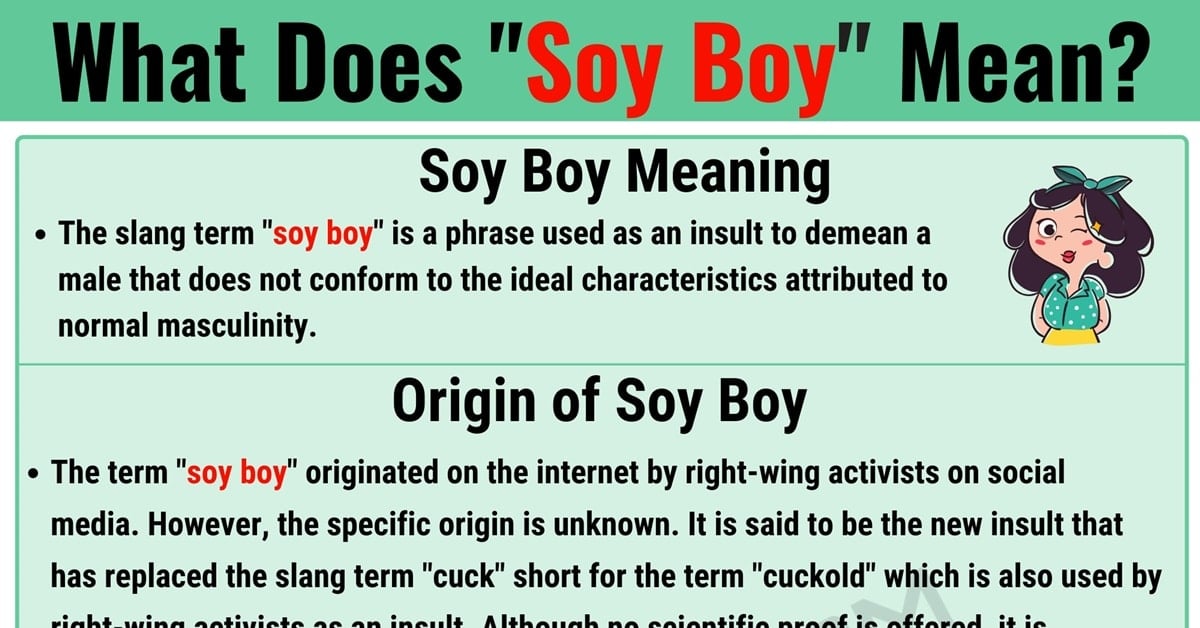 The internet slang term “soy boy” is a more recent term used mostly by the group labeled in society as Millenials. If you have wondered about this term because someone called you it or you have just heard it before, then you have come to the right place. Here you will find the meaning of this slang and some information regarding its origin.

You will also find other meanings for this term if any exist and some examples of how this term is used properly in conversation to help you better understand it. Lastly, you will see some suggestions of words or phrases that you can use in place of this term to convey the same meaning.

What Does Soy Boy Mean?

The slang term “soy boy” is a phrase used as an insult to demean a male that does not conform to the ideal characteristics attributed to normal masculinity.

Also, soy has long been used by mostly women and as a replacement for meat which goes against the masculine norm of believing that real men eat meat. All of these are the reasons behind the origin or “soy boy” being used as an insult to one’s masculinity.

There are currently no other known meanings for the slang term “soy boy.”

There are several phrases that you could use as an alternative to replace the term “soy boy” and convey the same meaning. Some of these include: 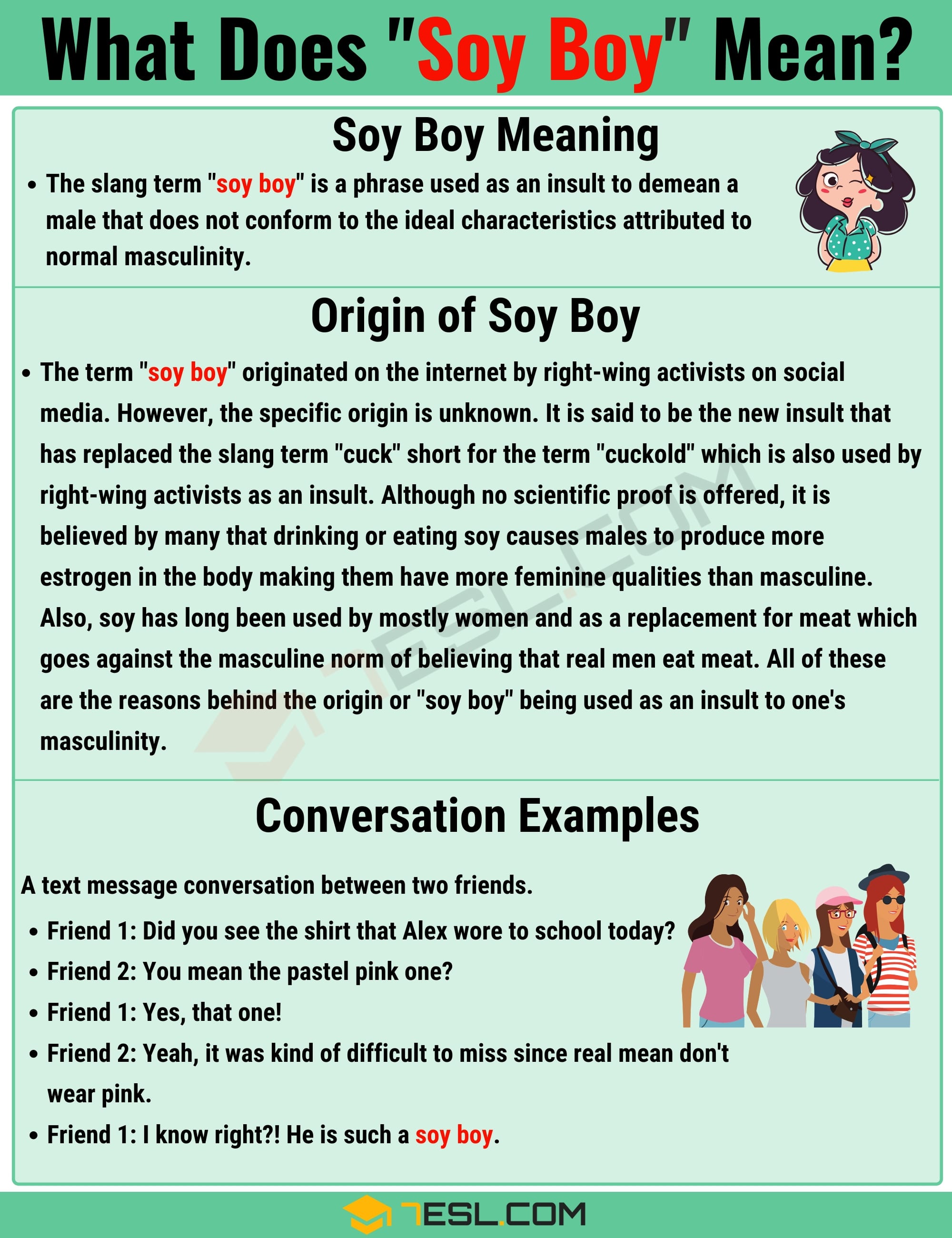 also something to consider when eating soy “Soy, it turned out, contains estrogen-like compounds called isoflavones. And some findings suggested that these compounds could promote the growth of some cancer cells, impair female fertility, and mess with thyroid function.”

Based on common usage, it is clear that “soy-boy” most often and more specifically refers to a man who is voluntarily or even defiantly emasculated more than it does to his effeminacy. I also take issue with this being attributed to activism. Troll is a more realistic interpretation of both the actors and their motives (trolling.) While many activist probably have strong opinions within this area of social issues, Having an opinion and willingness to express it does not make one an activist.

I wonder if the author could define right wing or far right? I notice most that use the term cant.