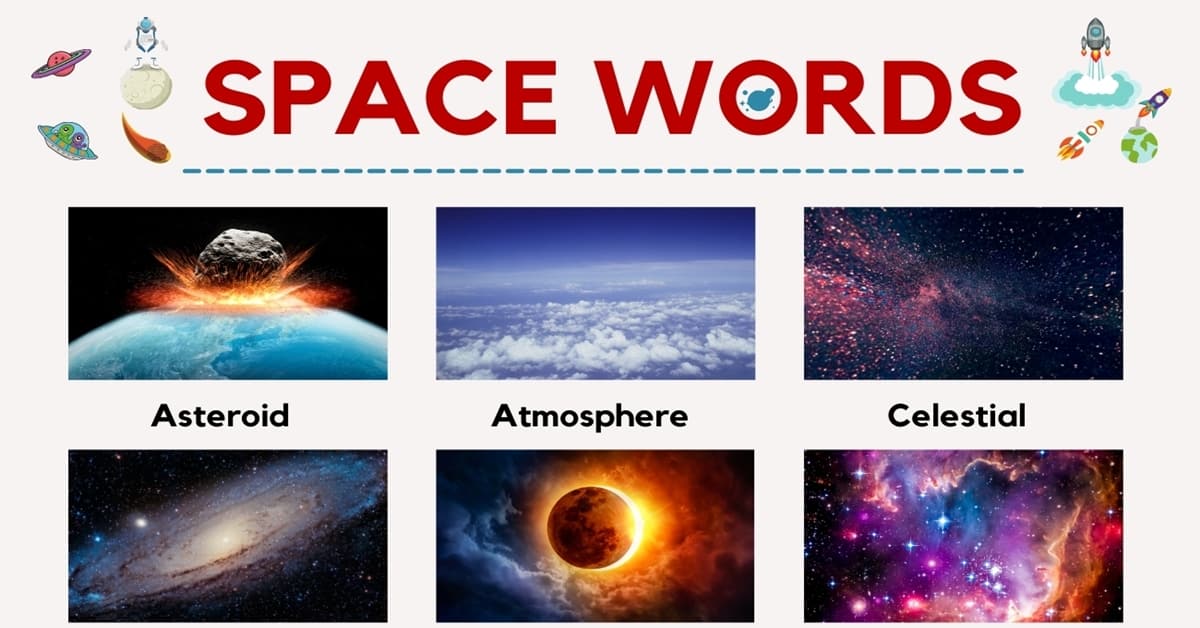 Astronomy is the study of objects in outer space, such as stars, moons, and planets. It also is the study of phenomena in the physical universe — and the properties of objects that are usually far away from Earth. But what are some common “space words” and what do they mean? This article will review astronomical terms and define some of the most common space words around.

Asteroids are floating pieces of space minerals and rock. Asteroids, unlike meteoroids, are greater than one meter in diameter.

Atmosphere refers to a layer of gas that surrounds a planet or other celestial body.

“Celestial” refers to objects and phenomena that are of the heavens or sky. Celestial bodies include things like stars, planets, moons, and comets.

Comets are large masses of rock, dirt, and ice that orbit a star (like our sun). When they approach a star, their ice melts and they break apart — forming a trail of dust and gas called a “tail”.

Cosmos is a term, ancient Greek in origin, that refers to the universe.

A galaxy is an entity that is bound by gravitational forces. Galaxies commonly consist of swirling masses of stars, planets, dust, gas, and dark matter. Our galaxy is known as the Milky Way.

Gravity is a force of the universe that attracts objects of mass to one another. On Earth, gravity pulls objects to its center; in our solar system, the sun’s gravity pulls the planets towards the sun’s mass.

A meteor refers to the light and particle of matter that enters the Earth’s atmosphere (from a meteoroid).

A meteorite is the remains of a celestial body (a comet, asteroid, or meteoroid) that has collided with earth.

A meteoroid is a celestial body of rock or metal that is one meter in diameter or smaller.

A moon refers to a satellite that revolves around a planet (i.e. orbits the planet).

The orbit is a reference to the direction, acceleration, and speed one (celestial) object takes in relation to another.

A planet is a celestial mass that is large enough that it takes a round shape due to its own gravity. Planets are not large enough, however, to cause nuclear fusion reactions on their own.

A satellite is a natural or man-made object that typically orbits a planet.

A star is a round ball of plasma held together by its own gravity. Stars consist of burning gases and are luminous in nature.

A universe refers to everything within the Cosmos — including stars, planets, moons, and galaxies. 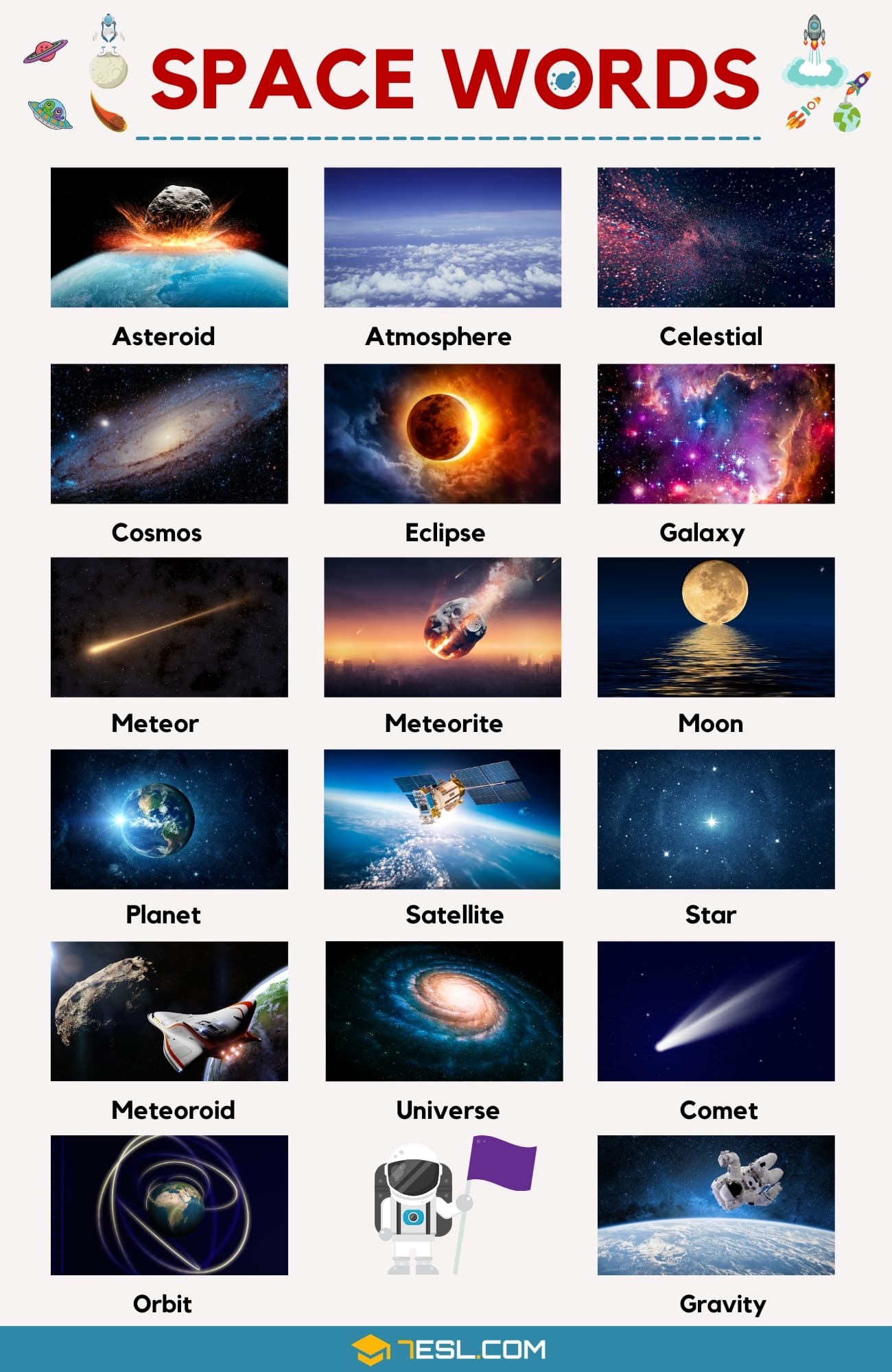