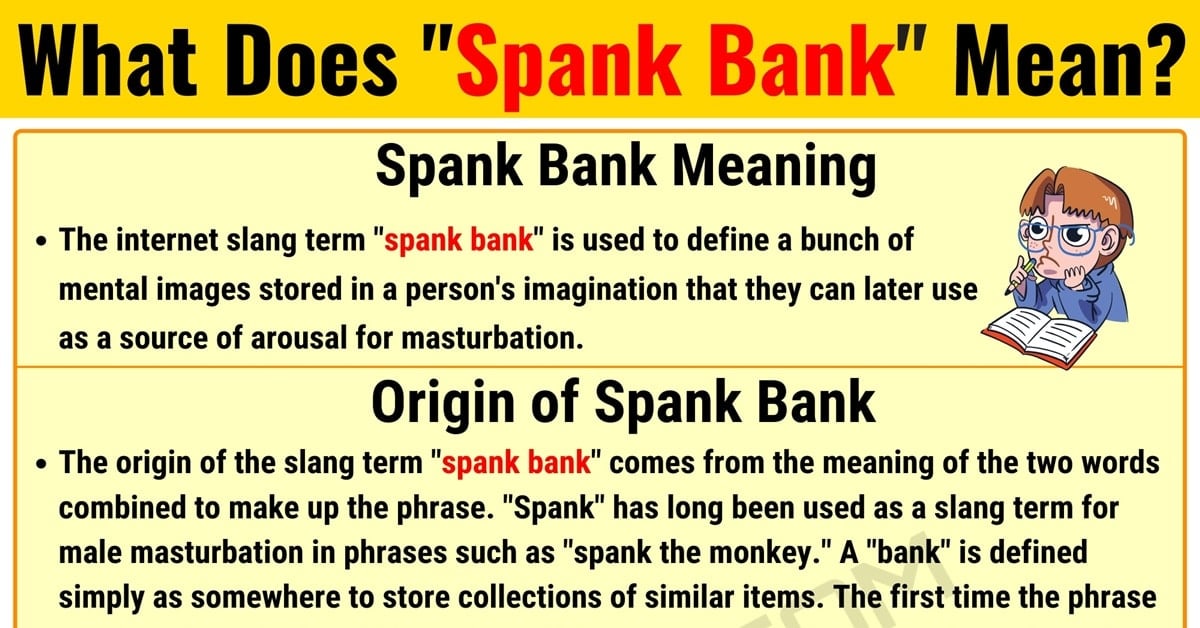 If you are a young male, you are probably already familiar with the slang term “spank bank.” However, if you are a parent who just found this term used in your teen’s text messaging or just curious, then continue reading. Here you will find the meaning of this internet slang term and the story of its origin.

You will also find other meanings of the term if any exist and you will be able to read some example conversations using the term in context to help you understand the term even more. In conclusion, you will see some alternate words or phrases that you can use in place of this term to convey the same meaning.

What Does SpankBank Mean?

The first time the phrase was heard was in the 1999 movie 10 Things I Hate About You, a modern adaptation of Shakespeare’s Taming of the Shrew. The term has been used widely since to describe a woman or a man that someone deems to be extremely attractive and worthy of including in their personal “spank bank.”

Currently, there do not seem to be any other meanings of the slang term “spank bank.”

There are many phrases that you could use as alternatives to replace using the phrase “spank bank” and still convey the same meaning. Some of the phrases you could use include: 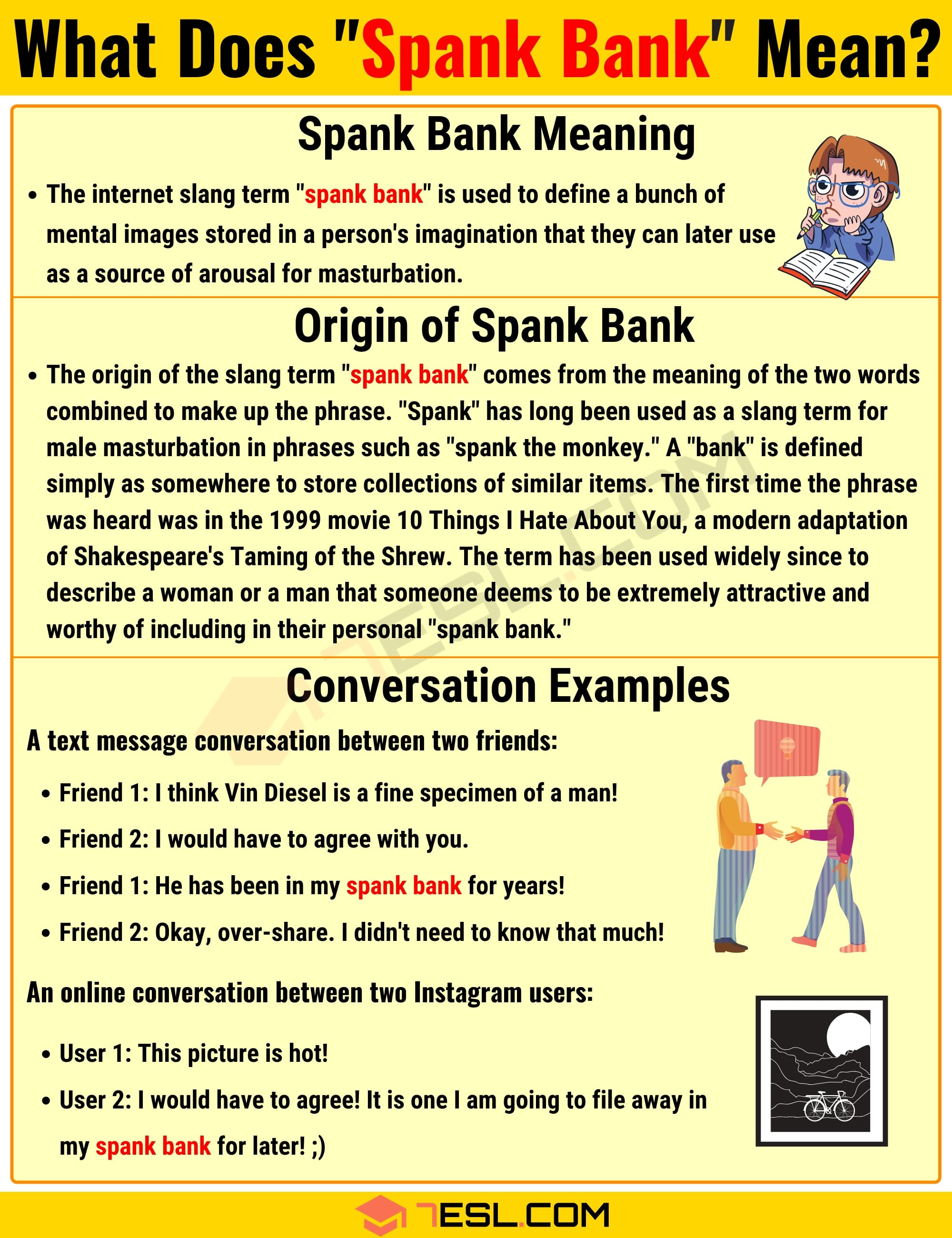 this is going in my spank-bank haha. Thanks for the article guys 😀