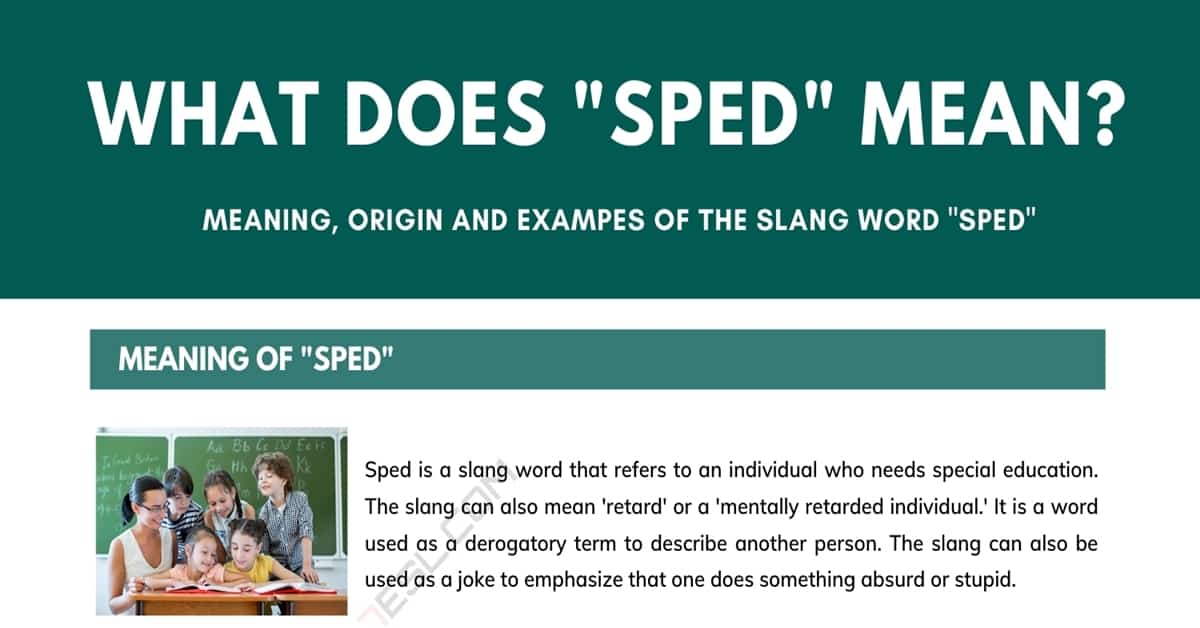 Most slang words do not have a general or universal meaning. The interpretation of slang can vary from one context to another. Slang can be a derogatory term in one context but a self-deprecating joke in the other. “Sped” is an example of a slang word that can be both derogatory or funny.

The slang ‘sped’ derived from the shortened words ‘special education.’ It is an educational practice that aids children with special or additional needs. A child with this condition is commonly referred to as a ‘special child.’ Special because assistance is required for his/her for disabilities that may be mental, psychological, or medical.

It was during the Middle Ages when churches started to provide assistance for children with special needs. Today, schools around the world have developed techniques and education programs to provide special education services with its emphasis on human dignity. A Sped School is a noble institution equipped to educate children with different kinds of disabilities. From this institution, the slang term ‘sped’ emerged.

Who Uses the Slang Term?

Special Education Schools have been around for ages, and this institution will stay considering that a significant number of children with special needs are born every day. Sped is a slang term used by adults and teenagers alike.

When to Use the Slang?

“Sped” as a derogatory term

The slang term can be used to describe a stupid or mentally retarded individual. It can be a derogatory term suggesting that one is flawed or a retard. Sped is a slang created to express ridicule and contempt. People who do not want to be demeaning have to be careful in uttering this slang. Using sped as a derogatory word can exhibit a negative or disrespectful attitude.

The slang term can also be used as a good joke to make fun of an absurd or stupid situation. Reality can be harsh sometimes, and to joke about awkward situations would be the best way to deal with off moments in our lives. Sped can be a self-deprecating joke or sarcastic joke for someone who has done something foolish.

Other Words to Use Instead of “Sped” 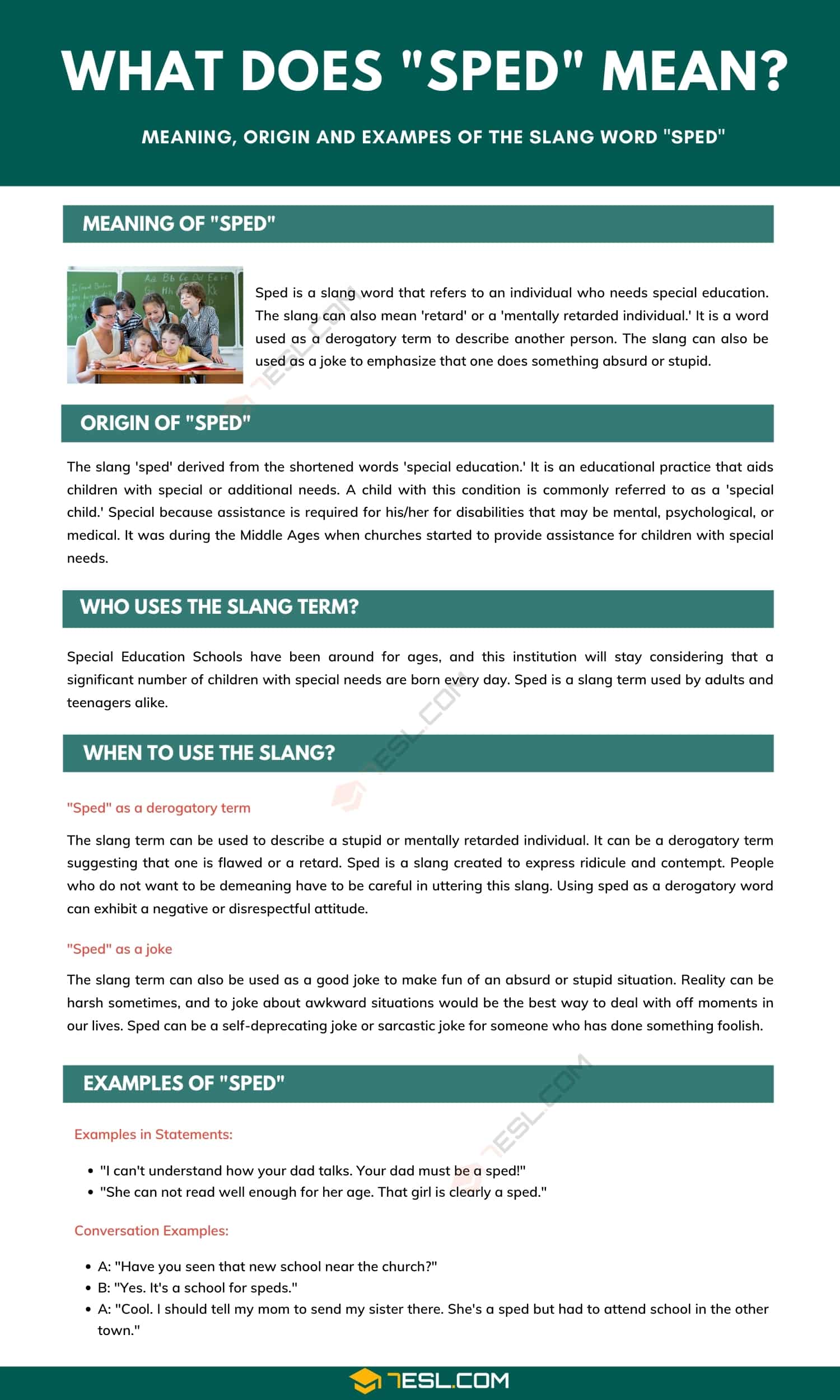 I’d argue that it’s an acronym, commonly used in schools by educators without any negative connotation. Just like ESL for English as a Second Language or ELL for English Language Learner. Just an acronym, but I guess there are always people who can make anything insulting.