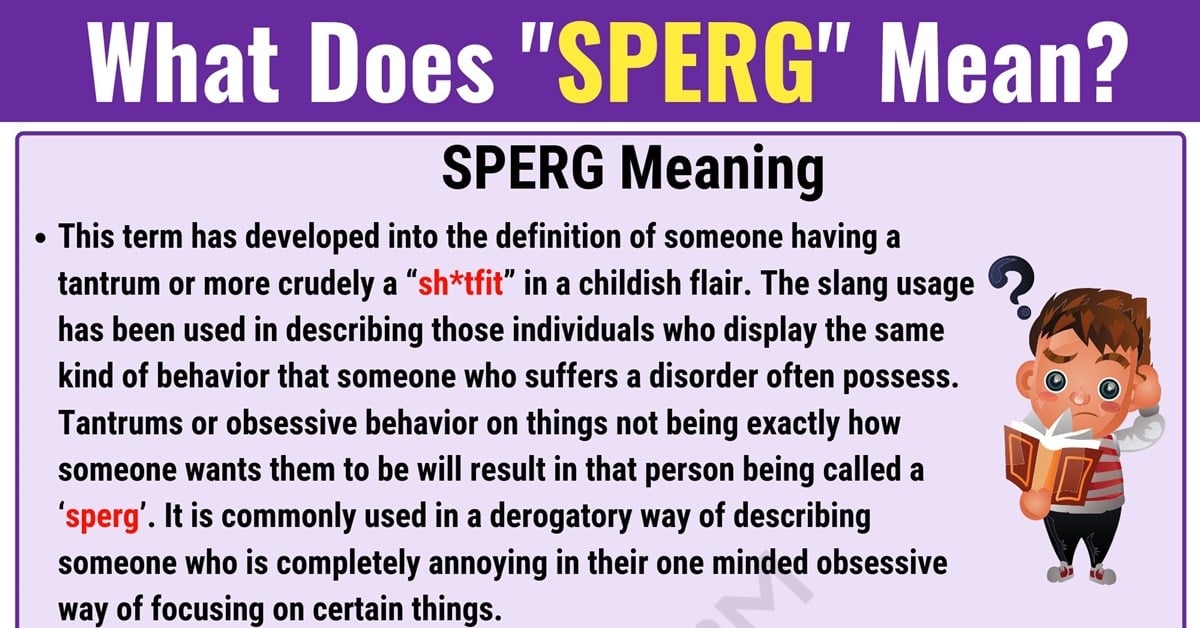 What does Sperg mean? What does this text abbreviation stand for? Learn the definition and when to use this internet slang word with ESL infographic and useful conversation examples in English.

What Does Sperg Mean?

This term has developed into the definition of someone having a tantrum or more crudely a “sh*tfit” in a childish flair. The slang usage has been used in describing those individuals who display the same kind of behavior that someone who suffers a disorder often possess. Tantrums or obsessive behavior on things not being exactly how someone wants them to be will result in that person being called a ‘sperg’. It is commonly used in a derogatory way of describing someone who is completely annoying in their one minded obsessive way of focusing on certain things.

The origin of the slang term ‘sperg’ came from the Asperger Syndrome. Someone suffering this disorder often exhibits tantrums or obsessive behavior regarding things. That derivation of the disorder has led to people classifying anyone prone to tantrums or obsessive qualities as someone who is a ‘sperg’. While it may not have been quite complimentary it can be the best way to describe certain people.

Here is how this internet slang term is used.

One example of ‘sperg’ is when someone acts childish for not getting their way.

Actors and actresses will often get called ‘sperg’ by fans who think they act ungrateful. 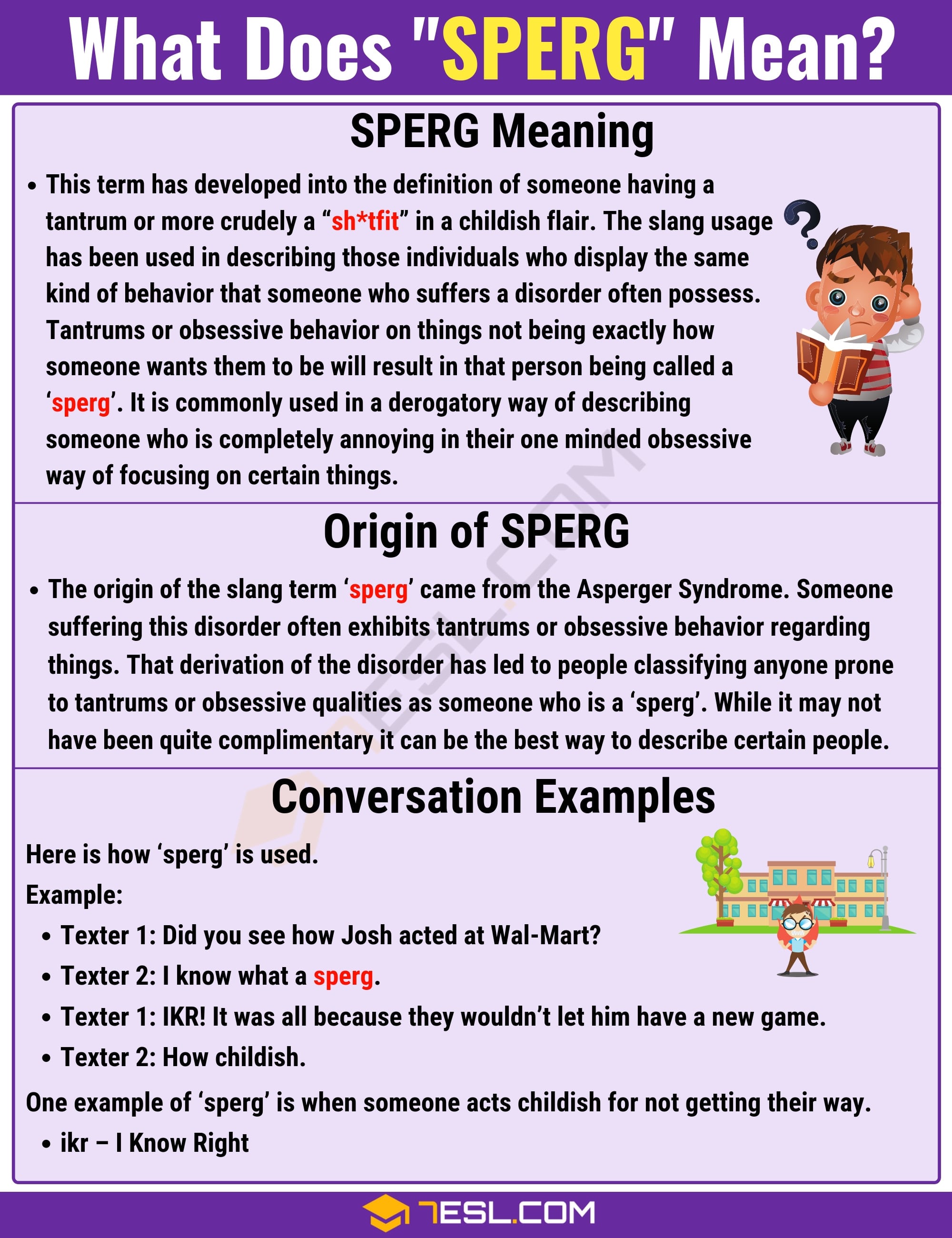