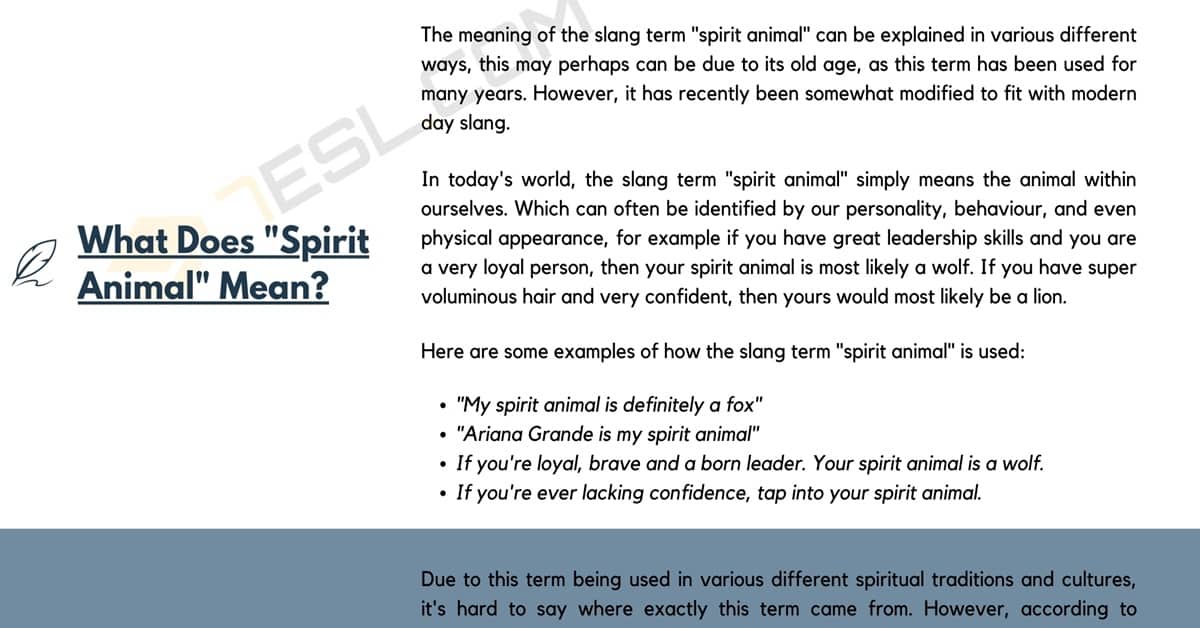 What does “spirit animal” mean? There is nothing more awkward than being in a situation where you feel like you’re the only one who doesn’t know the meaning of a new word or term, that everybody around you seems to be using. Especially, when you’re put under the spotlight and you have no idea how to respond. A way to avoid these types of situations is by making sure that you are up-to-date with any new words or terms being used. If that’s something you are interested in learning, then you’ve come to the right place, because today I’m going to share with you what the slang term ‘spirit animal’ means.

What Does “Spirit Animal” Mean?

The meaning of the slang term “spirit animal” can be explained in various different ways, this may perhaps be due to its old age, as this term has been used for many years. However, it has recently been somewhat modified to fit with modern-day slang.

In today’s world, the slang term “spirit animal” simply means the animal within ourselves. Which can often be identified by our personality, behavior, and even physical appearance, for example, if you have great leadership skills and you are a very loyal person, then your spirit animal is most likely a wolf. If you have super voluminous hair and very confident, then yours would most likely be a lion.

Here are some examples of how the slang term “spirit animal” is used:

The Origin of The Slang Term

Due to this term being used in various different spiritual traditions and cultures, it’s hard to say where exactly this term came from. However, according to research it has most likely come from the traditional African belief system and expanded to other places over time.

In the traditional African belief system, “spirit animal” is instead referred to as “spirit guide”. In Africa, many believed and still believe that “spirit guides” are their deceased ancestors who are born again after death as an animal, who helps to guide them through life. These “spirit guides” are seen as very powerful and wise spirits and therefore should be very well respected.

Other Meanings of The Slang Term “Spirit Animal”

Although the term “spirit animal” began with the belief of our ancestors looking after us as a form of an animal and is now used to describe someone’s animal within them, there are still various other meanings lying in between.

Many western cultures believe that a “spirit animal” isn’t always a spirit of a human, but can also be a spirit of an animal. This animal is very wise and powerful and protects and looks after us, just like a human spirit guide would.

Other cultures refer to “spirit animal” as “totem”. An object that acts as a symbol of their deceased family, lineage, clan or tribe and can be used to seek for guidance, protection, and help.

Who Uses and When to Use the Slang Term “Spirit Animal”?

When it comes to when and who should use this term, things can get extremely debatable.

Young people are the most likely to use this slang term, often when they are discussing what they believe the animal they represent or want to become is. However, many people will argue that although the modern-day slang term, may seem harmless. It can be highly offensive to those who belong to a culture or tradition where spirit animals are highly respected. Not only is it wrong to use the phrase when you’re not part of the culture or tradition, but it’s even worse when you use it incorrectly.

Therefore, here are other terms you can use instead of the slang term “spirit animal”:

What Does “Spirit Animal” Mean? | Image 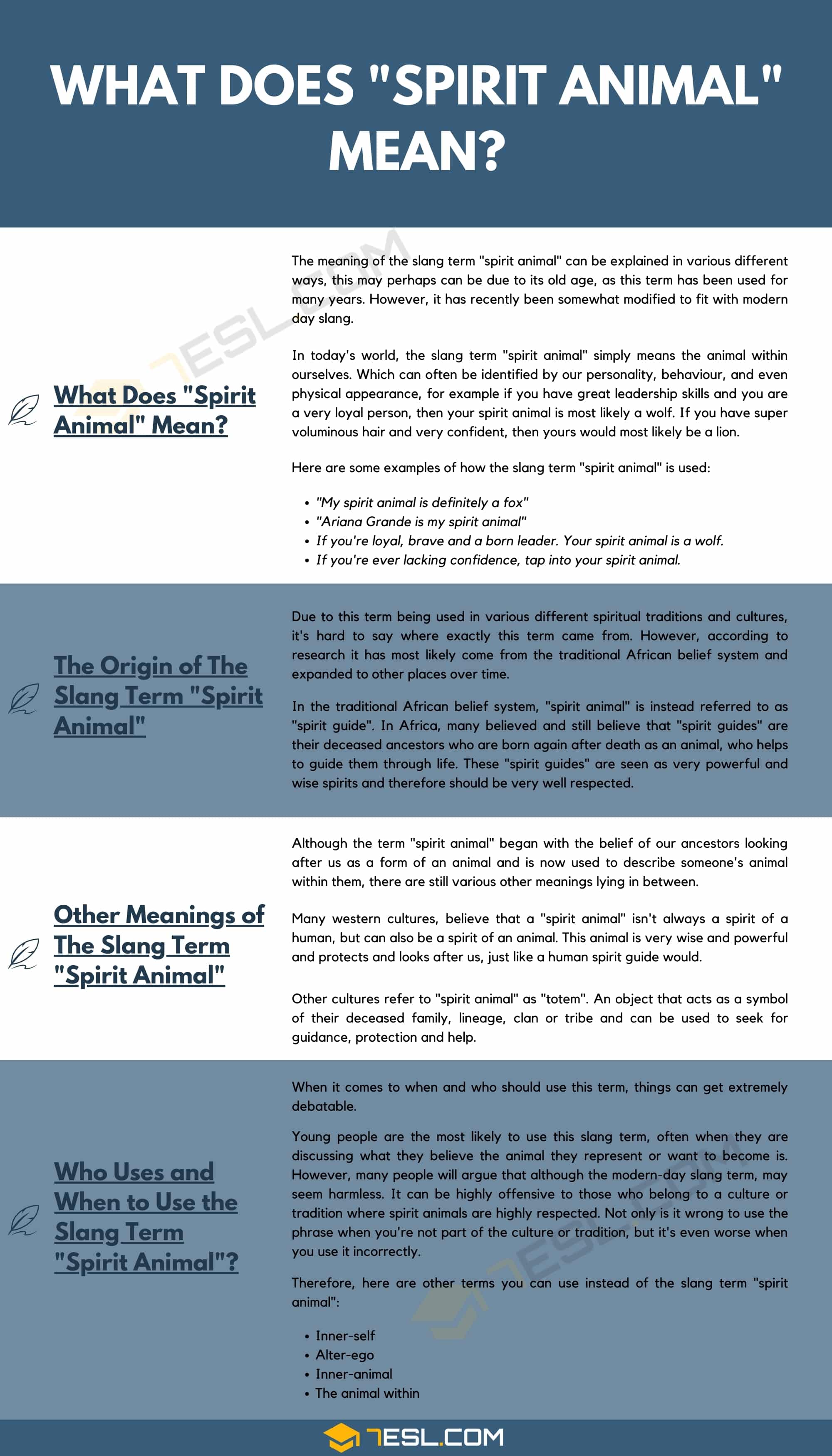