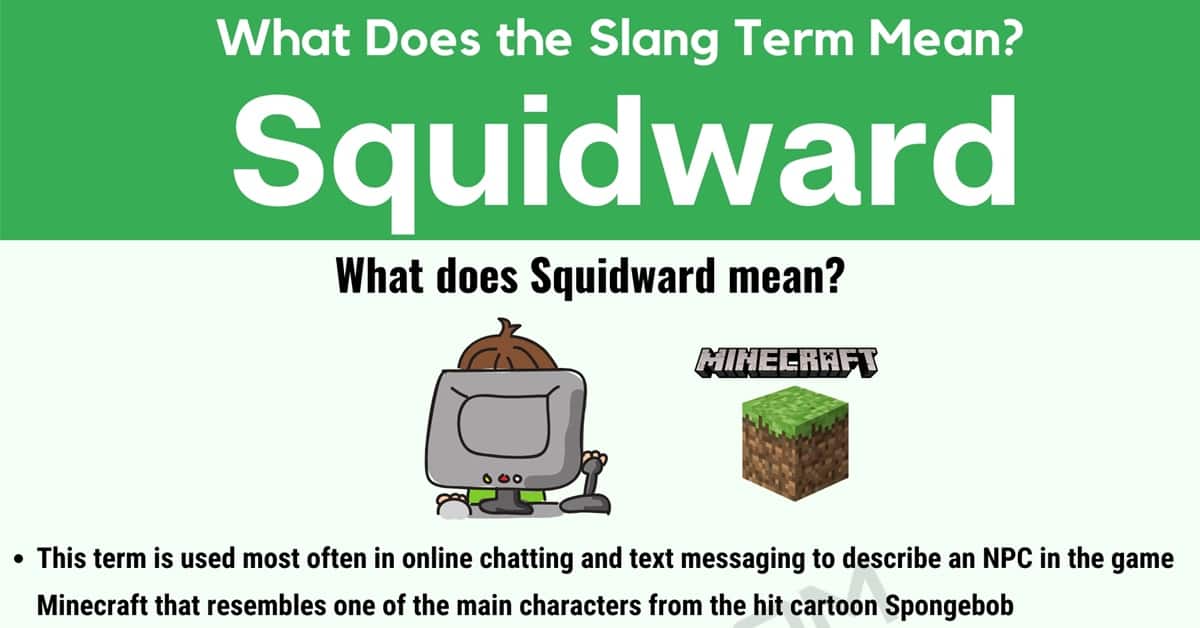 Squidward Meaning! Almost everyone has seen at least one episode of the hit American cartoon television show Spongebob Squarepants and is familiar with the main characters. One of them, as you might recall, share its name with the slang term mentioned here. However, this character’s unique appearance has led to the name “Squidward” being used as a slang term.

Here you will find the meaning of this online slang term in its slang form, the story of its origin, and some other meanings if there are any. Conversation examples are provided here also so you can see how the term incorrectly used in context. Finally, you will see some synonyms for this term if it is possible to represent this form of slang using any other words that will not change the meaning of the original.

What Does Squidward Mean?

This term is used most often in online chatting and text messaging to describe an NPC in the game Minecraft that resembles one of the main characters from the hit cartoon Spongebob Squarepants that airs on the cable channel Nickelodeon. This character is best known as being a villager and typically spawns inside buildings depending on its purpose in the game.

The game Minecraft was released on May 17, 2009. As the game has been updated over time, new things are added every update. One thing that has been added to the game are NPC characters called villagers. Initially, the villagers looked like Native Americans. However, this was changed by the creators of Minecraft as the game evolved for two reasons.

The first reason was because of complaints that were received about it being racist to make the NPCs look that way. The second was because Minecraft is not supposed to be Earth. It is supposed to be a distant planet, so the NPCs were made to look resemble more alien-like creatures. The fact that they ended up looking like one of the main characters from a popular kids television show was purely coincidental according to creators.

There are two other meanings for this term. One you already know to be the name of one of the main characters on a television cartoon. The second meaning uses the term in a more colorful and vulgar way. This term is also used to describe a sexual position where a man puts his scrotum over someone’s eyes and then lays his penis over their nose making them bear a strong resemblance to the character from the cartoon who has a long, dangling nose.

Since this is the name of a well-known fictional character, there are no possible words or phrases that you could use to replace this term in a conversation that would mean the same thing or even be similar in meaning. 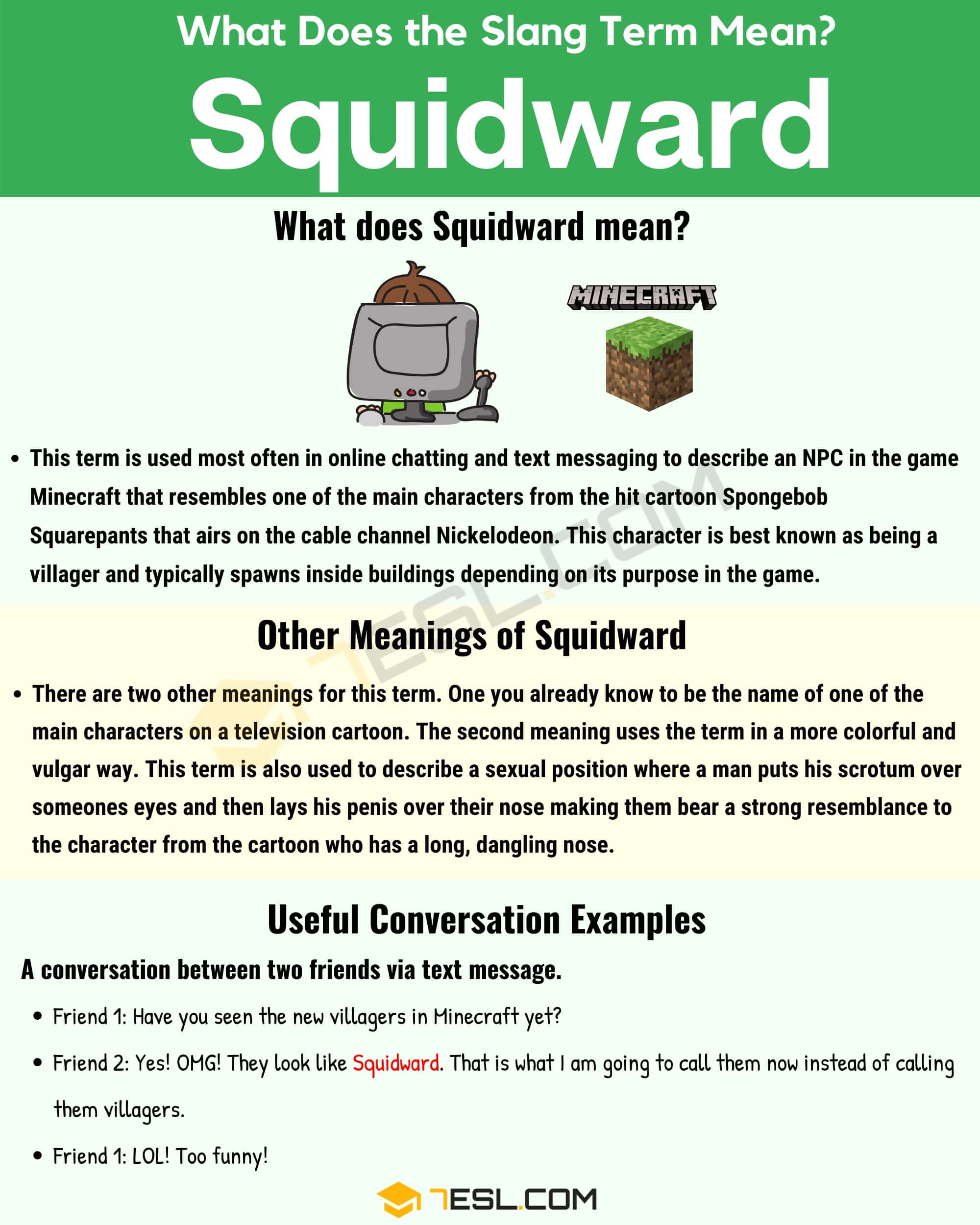