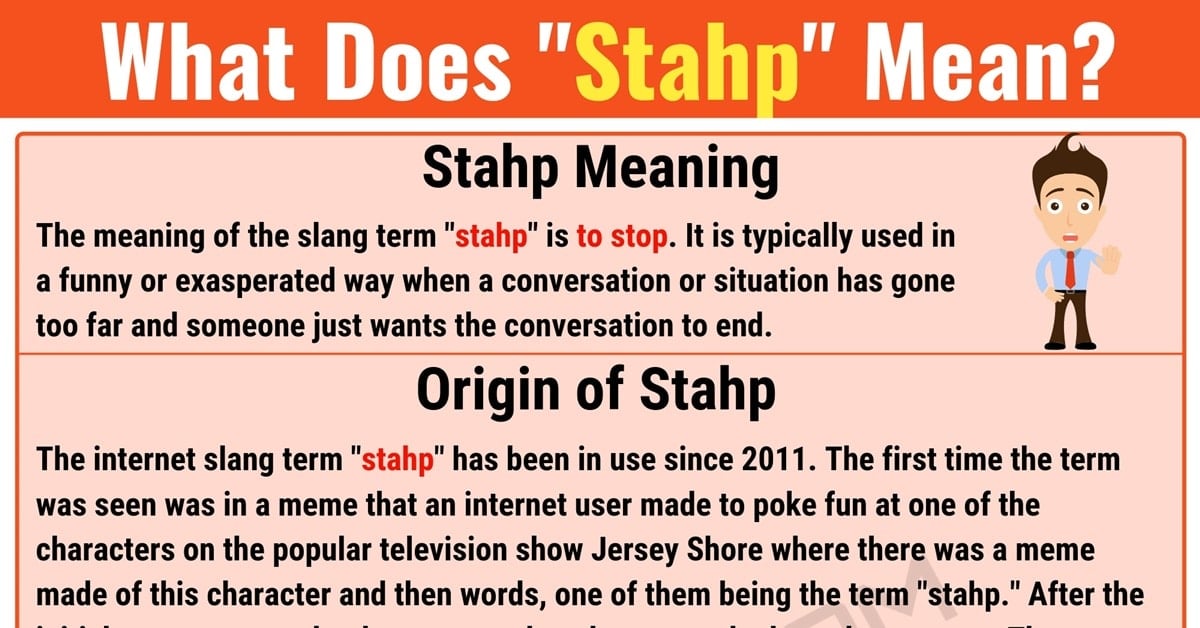 “Stahp” is a popular slang word used in texting and internet slang. Here you will find the meaning of this slang term and some information about its origin. You will also find other meanings for the word if any exists, as well as some examples of the word properly used in conversation. Finally, you will see some other ways you could say this slang term.

What Does Stahp Mean?

The meaning of the slang term “stahp” is to stop. It is typically used in a funny or exasperated way when a conversation or situation has gone too far and someone just wants the conversation to end.

The internet slang term “stahp” has been in use since 2011. The first time the term was seen was in a meme that an internet user made to poke fun at one of the characters on the popular television show Jersey Shore where there was a meme made of this character and then words, one of them being the term “stahp.”

After the initial meme was made, the term stuck and was attached to other memes. They were also attached to internet devices known as “snowcones.” All the usage made the term “stahp” stick and it is now one of the most used forms of internet slang used today. Of course, usage of the term is only acceptable on the internet or during text messaging.

Although the slang term “stahp” means stop, there are feelings behind the word depending on the context in which it is expressed. For instance, you can tell someone to “stahp” when you are annoyed by the conversation. However, you can also use the term sarcastically or as a means of showing that you are flattered when someone tells you that you are cute or pretty.

Here is an example of two friends having a conversation via Facebook comments.

Here is an example of a boyfriend and his girlfriend having a conversation via text message.

Other Ways to Say “Stahp”

The most obvious way to say “stahp” differently is simply to say stop. You could also say things like knock it off, leave me alone or not right now, I’m busy. 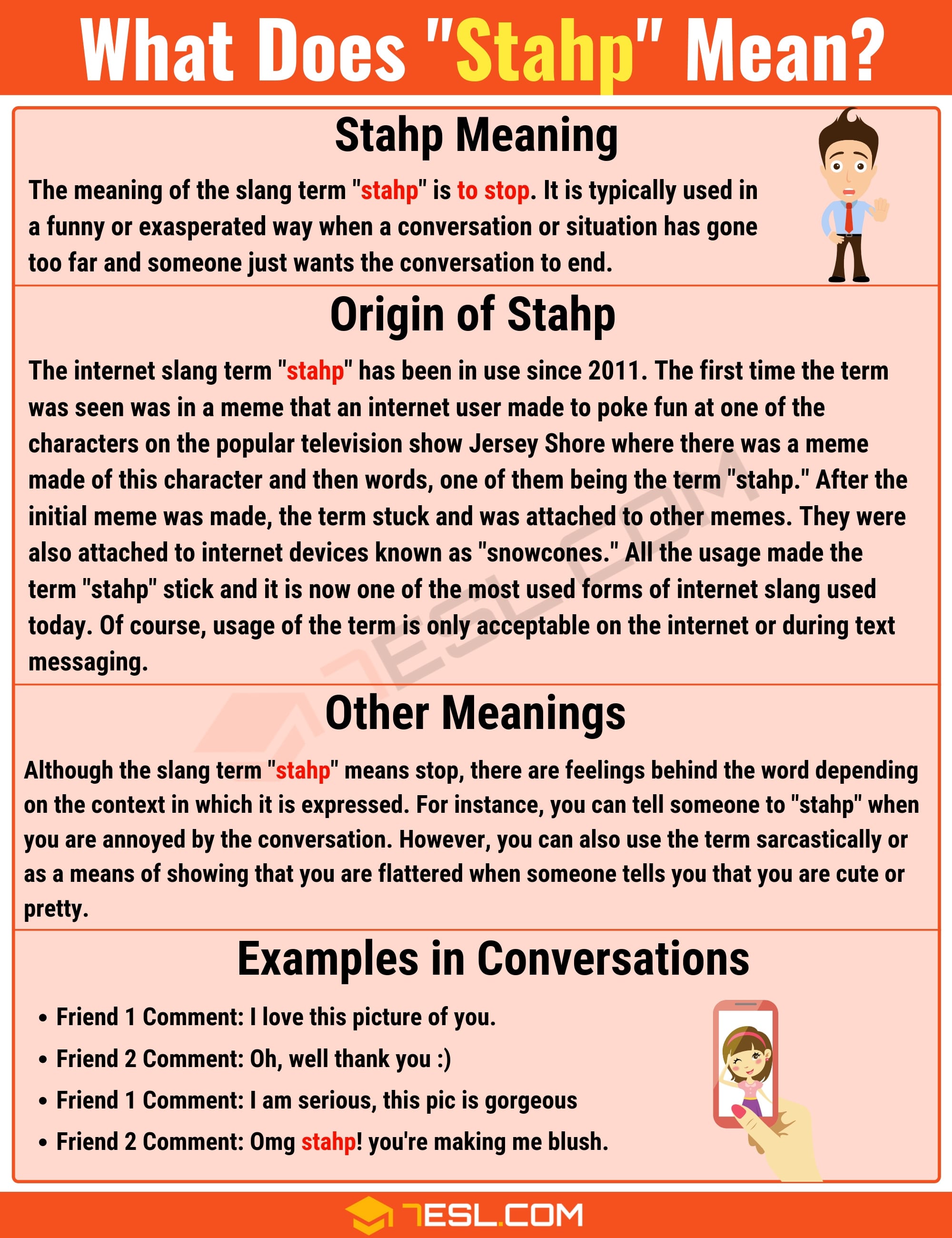