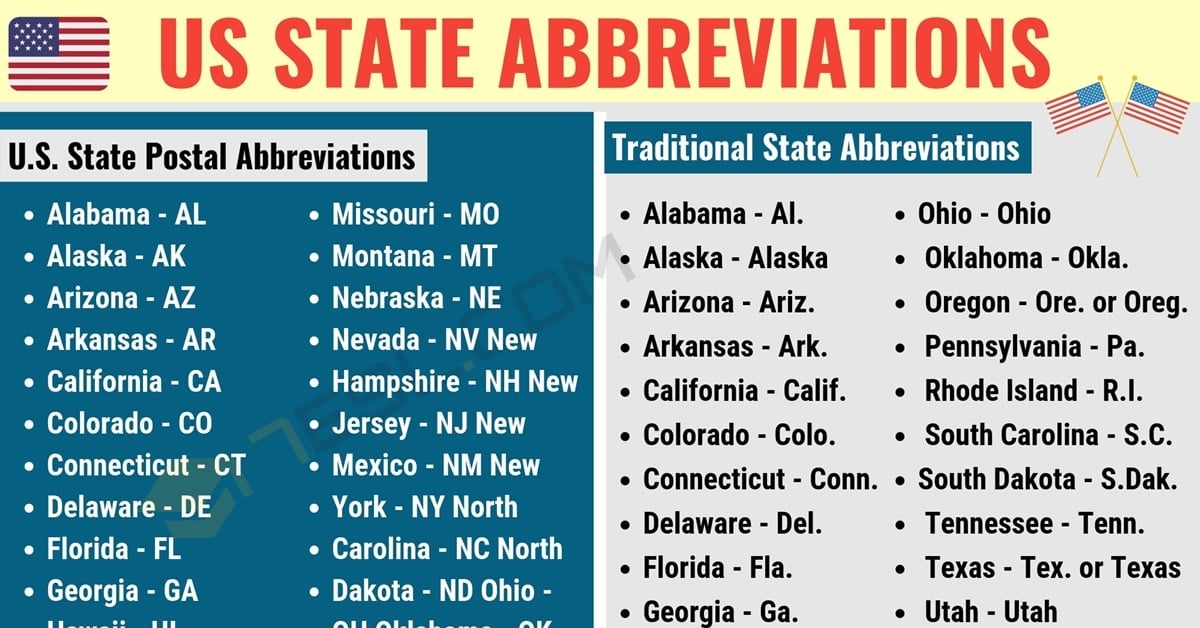 US State Abbreviations in English! This article provides the full list of State abbreviations for the United States of America with ESL printable infographic.

Since technology, mobile phones, and social media entered our lives, traditional handwritten letters are sent very rarely. We mostly send emails and text messages: they are simple, convenient, and reach the addressee just in a matter of seconds.

And yet, on some occasions, it just feels right to write a real letter, using a pen and a sheet of paper, and send it via post. A letter requires more effort to write than an email, and this is why it is much more personal than an email or a text. In addition, sometimes sending an email is considered bad taste: for example, wedding invitations still are best to be sent as actual letters.

In order for the letter to arrive at its destination safely, you have to write the correct address on the envelope. Apart from the street name, house number and various other things, it should also include the correct state abbreviation. These all have been standardized by the US Postal Service and have a couple of things in common. Firstly, every state abbreviation consists of two letters, and these two letters are always capitalized. There also is never a period separating these two letters.

Here’s the list of postal abbreviations used for all 50 states:

There’s more to the United States than just the 50 states: the U.S. also has other territories. For instance, there are the commonwealths of Puerto Rico and the Northern Mariana Islands. In addition, there are some other unincorporated territories of the U.S., such as American Samoa.

These abbreviations are as follows:

The abbreviations accepted and approved by the postal service aren’t the only state abbreviations you can come across. There also are the so-called “traditional” abbreviations which appeared earlier than the postal abbreviations. Even though you shouldn’t write them on an envelope when sending a letter, they are still widely used in academic articles, newspapers, magazines, and other pieces of writing.

The traditional state abbreviations differ from the postal ones. Different style guides, such as MLA Style or Chicago Manual of Style, might suggest additional guidelines that might slightly vary, but most of the rules stay the same.

Here is the list of the traditional state abbreviations: 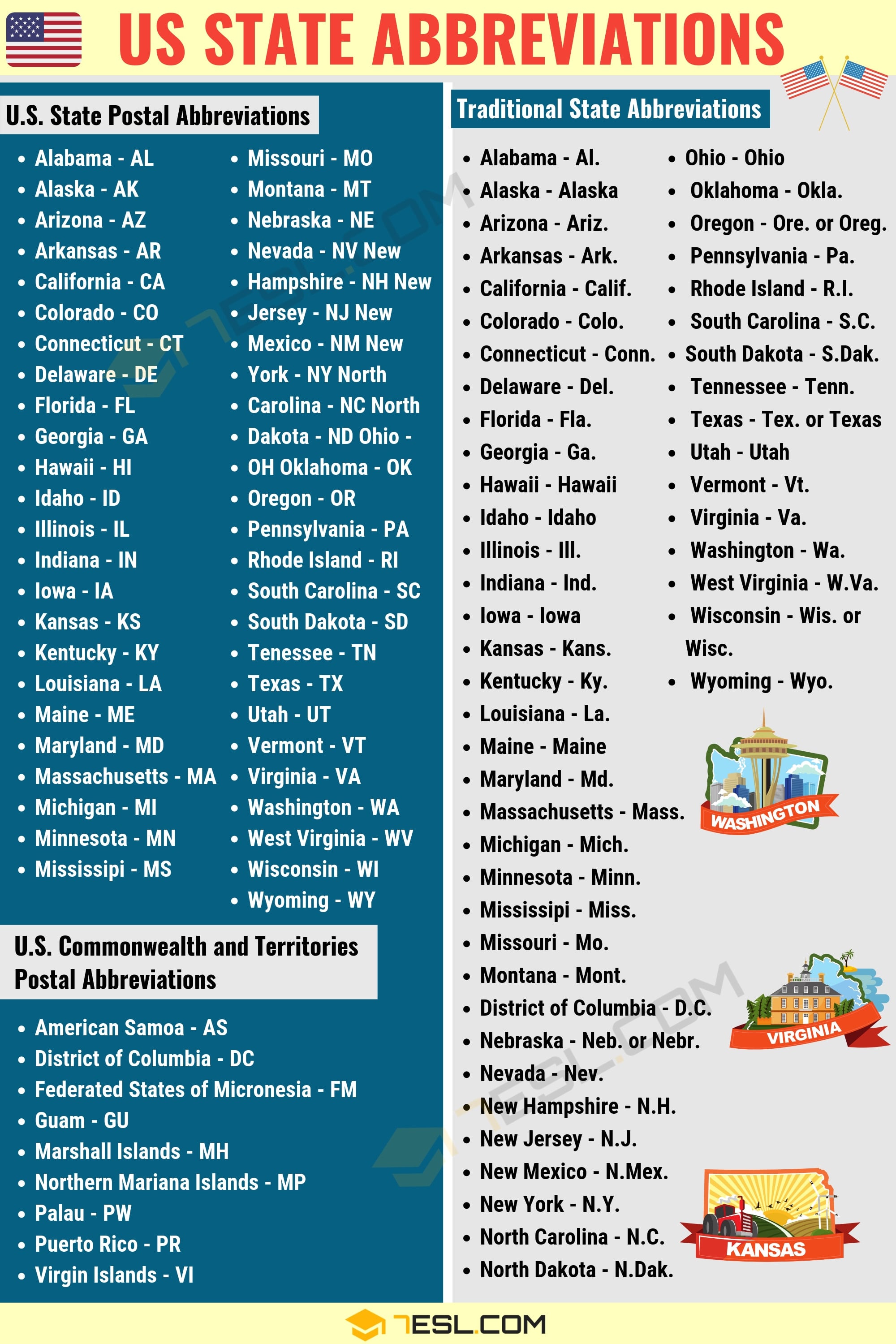 thanks i LOVED this