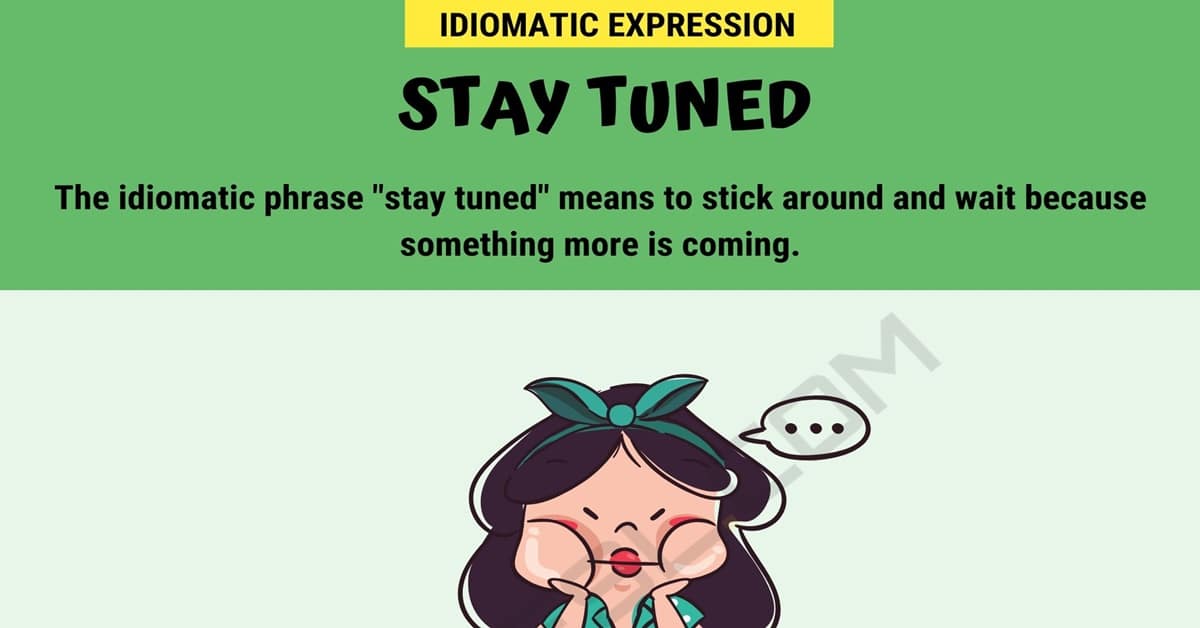 “Stay tuned” is an idiomatic phrase that you may hear or see frequently in everyday conversations and writing. Here you will find the meaning of this phrase and the information regarding its origin. You will also find examples of how to properly use this phrase in conversations/statements and discover other ways to say the phrase while still conveying the same meaning.

The English idiomatic term “stay tuned” means to stick around and wait because something more is coming.

The origin of the idiom “stay tuned” comes from the early history of radio broadcasting. Radios used to require that a user turn a dial to tune in a station. Therefore, if the listener wanted to hear more the radio dial had to remain tuned to listen further. The phrase was later used with the invention of television and then became an idiomatic phrase used when people wanted others to stick around and listen to what they had to say.

A statement made by a politician on the campaign trail.

A statement made a celebrity during an interview.

A conversation between two friends over coffee.

Other Ways to Say “Stay Tuned”

Like most idiomatic phrases, there are many other ways to say the phrase and convey the same meaning. Some of the alternative ways you could state this phrase include: 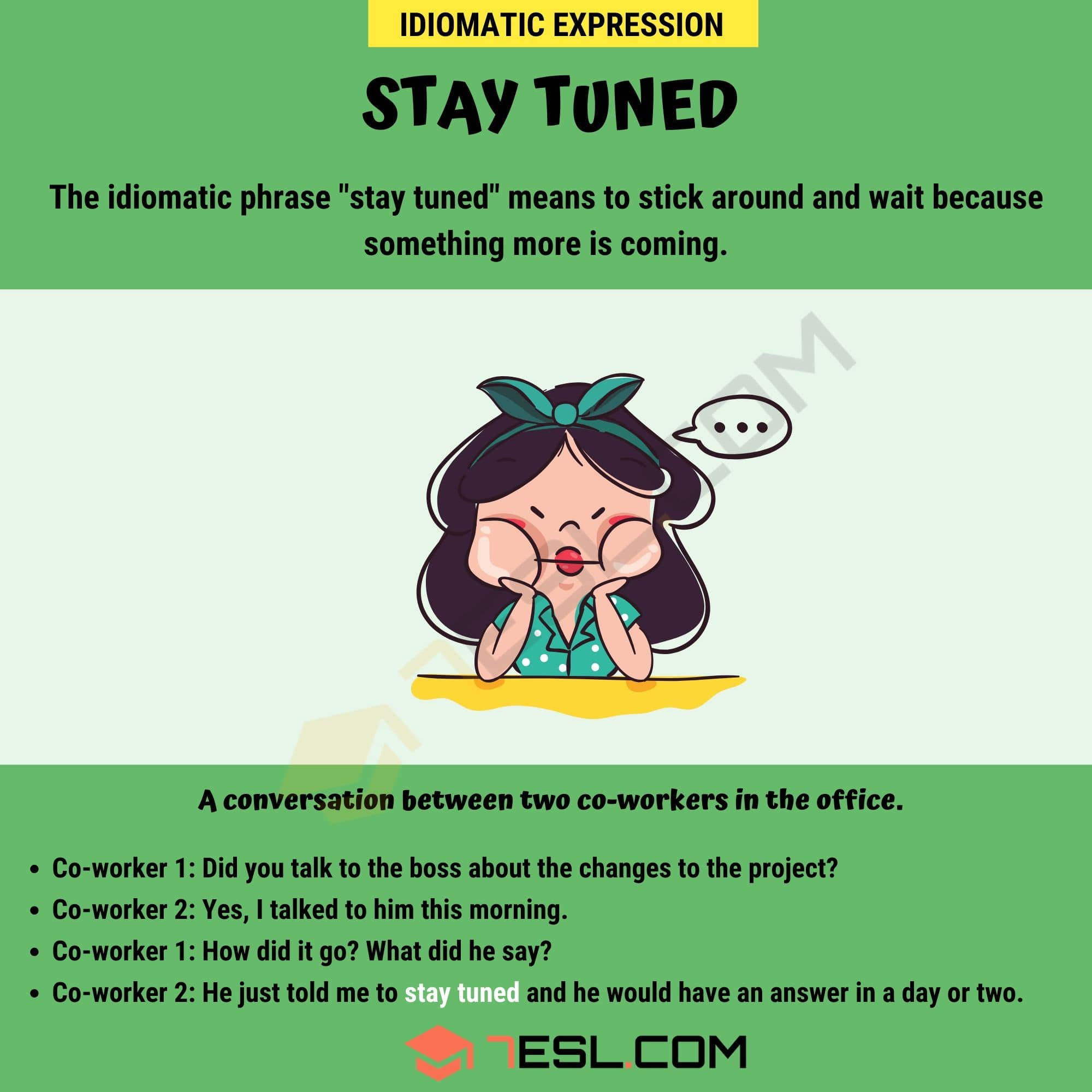