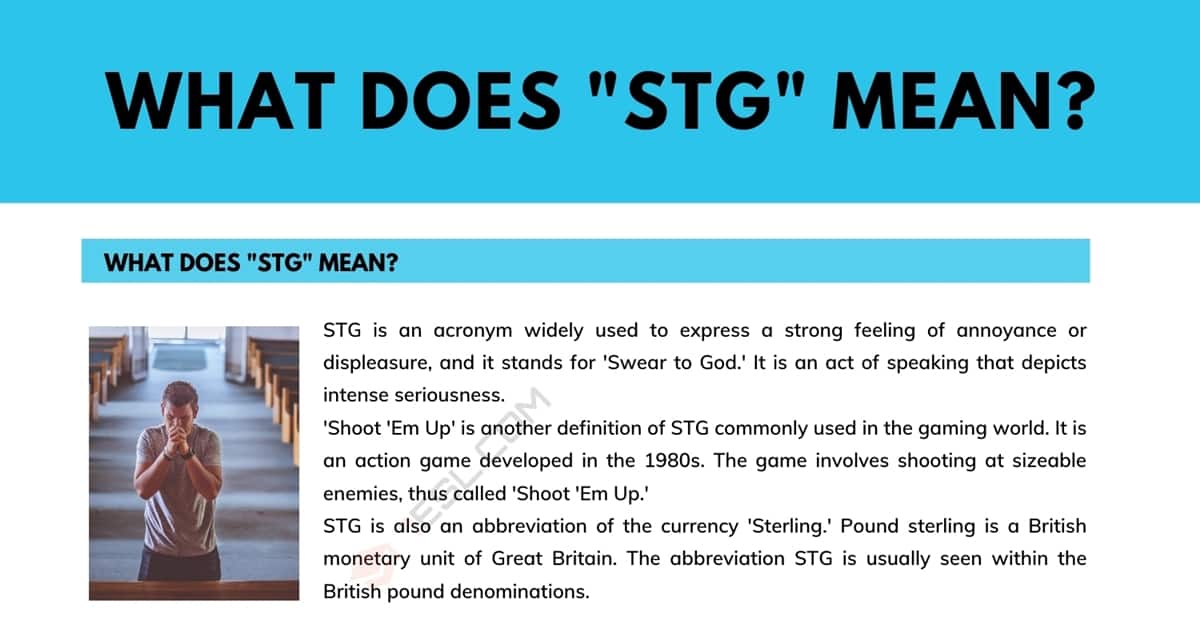 STG is a common abbreviation that has different meanings. The most widespread definition of STG is ‘Swear to God,’ ‘Shoot ‘Em Up,’ and ‘Sterling .’ Read on as we delve into these general meanings of STG.

What Does “STG” Mean?

STG is an acronym widely used to express a strong feeling of annoyance or displeasure, and it stands for ‘Swear to God.’ It is an act of speaking that depicts intense seriousness.

‘Shoot ‘Em Up’ is another definition of STG commonly used in the gaming world. It is an action game developed in the 1980s. The game involves shooting at sizeable enemies, thus called ‘Shoot ‘Em Up.’

STG is also an abbreviation of the currency ‘Sterling.’ Pound sterling is a British monetary unit of Great Britain. The abbreviation STG is usually seen within the British pound denominations.

In the mid-1800s, swearing with religious words like ‘Swear to God’ has started its widespread use to serve its main purpose which is to alleviate pain. Since then, ‘Swear to God’ has begun to evolve and has now been shortened to STG so that people can be discreet about it.

The ‘Shoot ‘Em Up’ game was established in the 1980s and has become popular for two decades. A sub-culture of gamers emerged along with the game’s popularity, and they have brought about the widespread use of the acronym STG.

Sterling had a lengthy history than those of the two other STG definitions above. It originated in 760 Mercia when King Offa introduced the silver penny as a convenient medium to conduct trade in the Anglo-Saxon kingdoms.

The varied definitions of STG have caused it to become an acronym widely used by adults and teenagers alike. If you hear STG from people who are arguing, then chances are they are swearing discreetly. Adults who are discussing business matters who doesn’t show any sign of disagreement would presumably say ‘STG’ when pertaining to the sterling currency.

‘Shoot ‘Em Up’ is a game that has been around for ages, and it seems that it is going to stay. New narratives of the genre have caused its resurgence in Xbox and PlayStation. In this light, we’ll presumably hear the acronym STG from adults who want to relive their childhood in playing the game, also from the teenagers as, the new breed of gamers.

When to Use This Term

The phrase is used to convey a negative emotion such as anger or irritation towards something or someone.

Gamers normally use STG in casual conversation as it is quicker and faster comparing to pronouncing the game’s entire name.

The acronym is mainly seen in sterling pound banknotes. It is also common to use the STG acronym in colloquial conversations as well as in the written text. 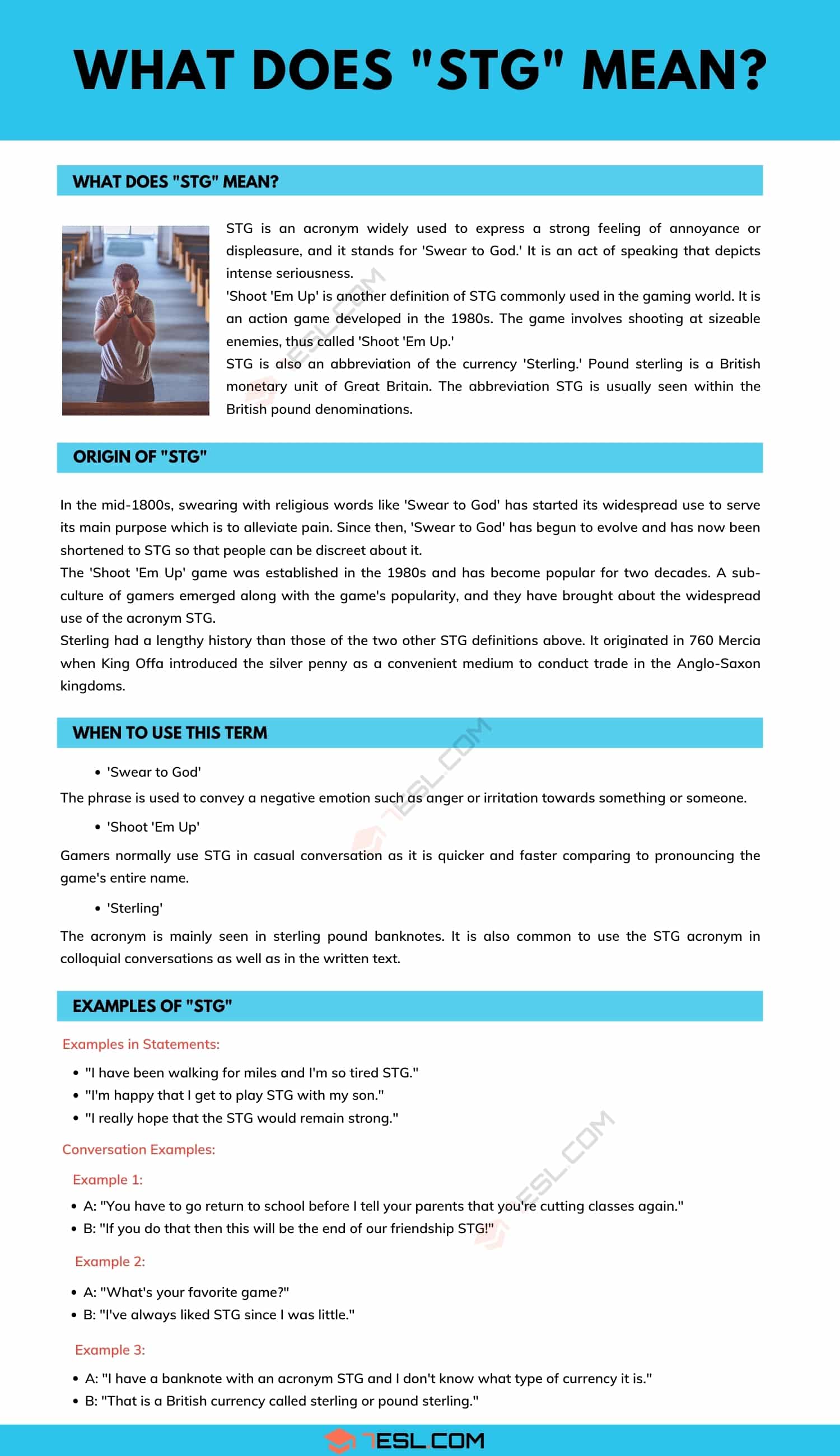