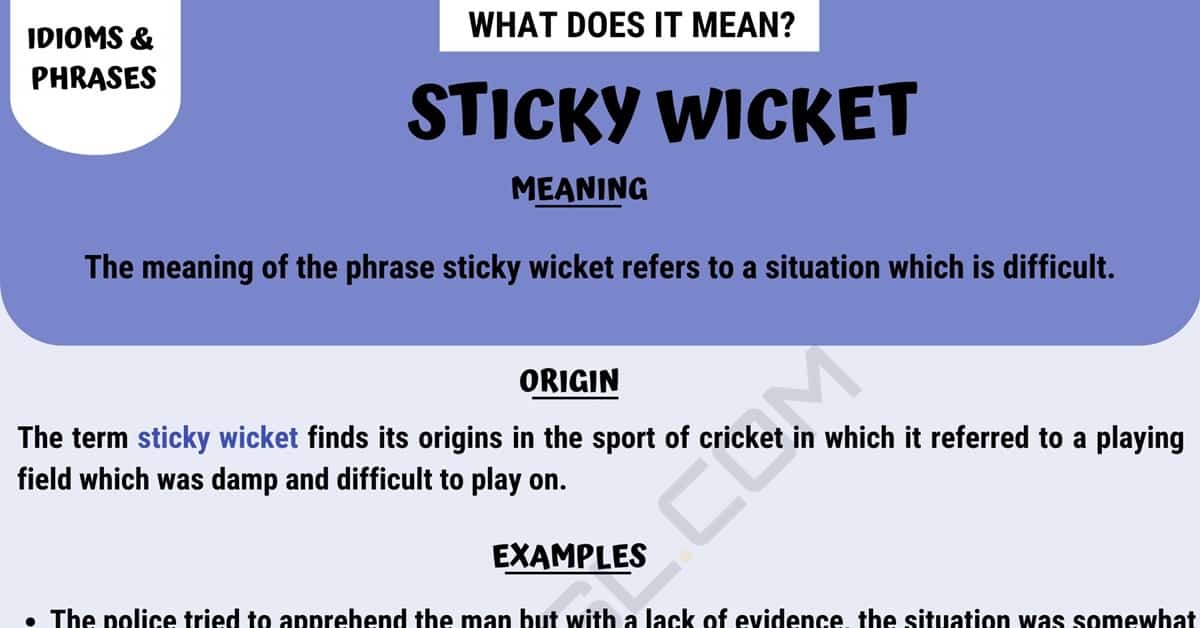 In the English language, there are many idioms, and you may well have come across the term sticky wicket during a conversation. But what is the meaning behind this phrase and how do we use it in a conversation? In this article, we are going to be looking at the answers to both of these questions as well as taking a look at where this phrase came from in the first place.

The meaning of the phrase sticky wicket refers to a situation which is difficult.

The term sticky wicket finds its origins in the sport of cricket in which it referred to a playing field which was damp and difficult to play on.

There are many times in which the term sticky wicket might be used, we are now going to take a look at some examples of the phrase being used within a sentence.

The first statement is being made in a news report.

The second statement is one which is being made by a friend to another friend regarding a divorce.

You are likely to see the term sticky wicket used many times during English conversation, but how does it function? We are now going to look at some examples of the idiom in us.

The first conversation is taking place between two people in the workplace.

The second conversation is happening between a school teacher and a parent of one of the students.

Other Ways to Say “Sticky Wicket”

There are other ways in which you might express the meaning of the term sticky wicket. We are now going to take a look at some examples of other things you might say in its place.

What Is “Sticky Wicket”? | Picture 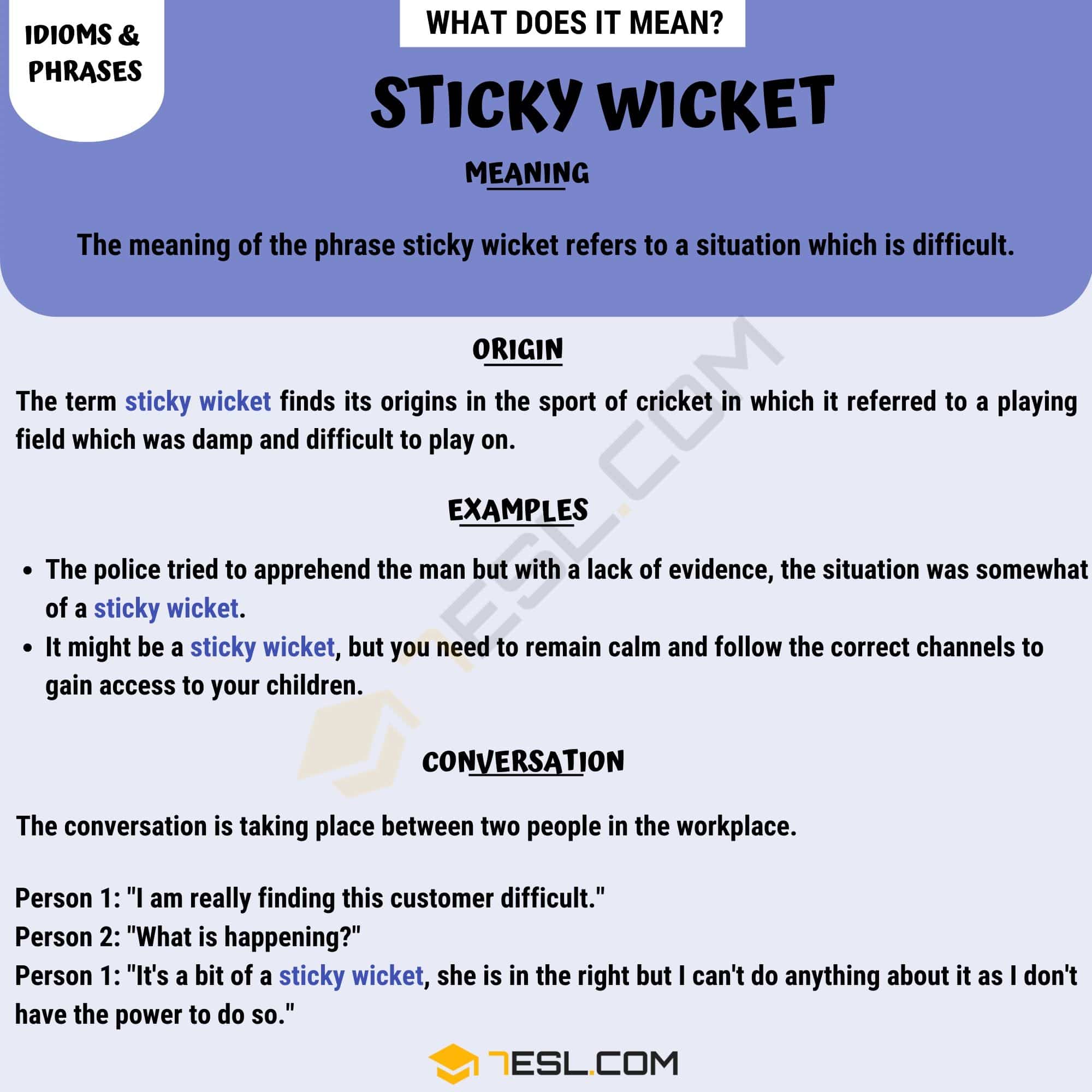