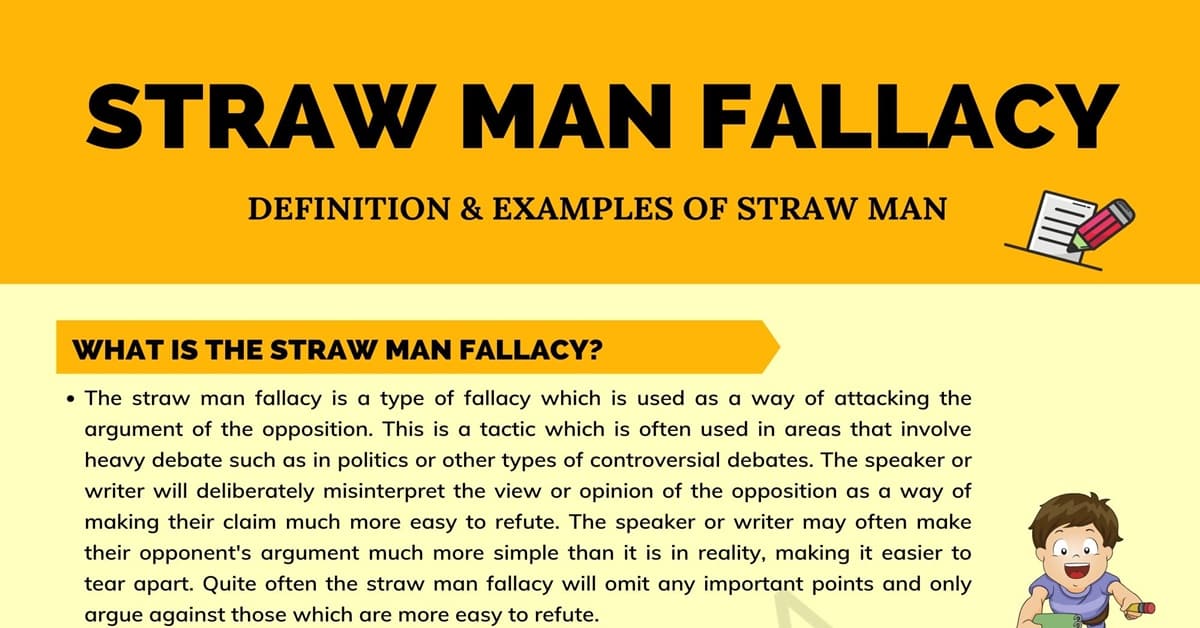 What is the straw man fallacy? When we look at the vast amount of fallacies which can be seen in the English language, it can be somewhat intimidating, but it doesn’t need to be. There may a lot of different types of fallacy but when we take each one and look at it in more depth, things become a lot more clear. In this article, we are going to be taking a look at the straw man fallacy which is very commonly used within the English language. We will be looking at exactly what the straw man fallacy is as well as how it can be used during both spoken and written English. We will then be taking a look at some examples of this type of fallacy as a way of gaining a greater understanding of its function.

The straw man fallacy is a type of fallacy which is used as a way of attacking the argument of the opposition. This is a tactic which is often used in areas that involve heavy debate such as in politics or other types of controversial debates. The speaker or writer will deliberately misinterpret the view or opinion of the opposition as a way of making their claim much more easy to refute. The speaker or writer may often make their opponent’s argument much more simple than it is in reality, making it easier to tear apart. Quite often the straw man fallacy will omit any important points and only argue against those which are more easy to refute.

The straw man fallacy is made up of person 1 putting forward a claim or argument and person 2 then creating a view of that argument or claim which is distorted, this is the ‘straw man.’ Person 2 will then attack the distorted argument which they have created as a way of refuting the original claim made by person 1.

As we mentioned earlier on, the straw man fallacy is widely used within the English language especially in areas of high or controversial debate such as politics.

How To Challenge The Straw Man Fallacy

There are ways in which the straw man fallacy can be challenge, you might consider asking your opponent to prove how their statement relates in any way to the original claim. You might also ask them to prove their own theory with evidence or facts, often times they will not be able to do this.

As we have seen, the straw man fallacy is a type of fallacy which is used to break apart the ideas or opinions of an opposing view in order to be able to more easily refute it. This is often seen as an underhanded tactic which is frequently seen in areas such as politics and controversial debate.

There are many examples of how the straw man fallacy might work and we have seen several which clearly demonstrate its function. 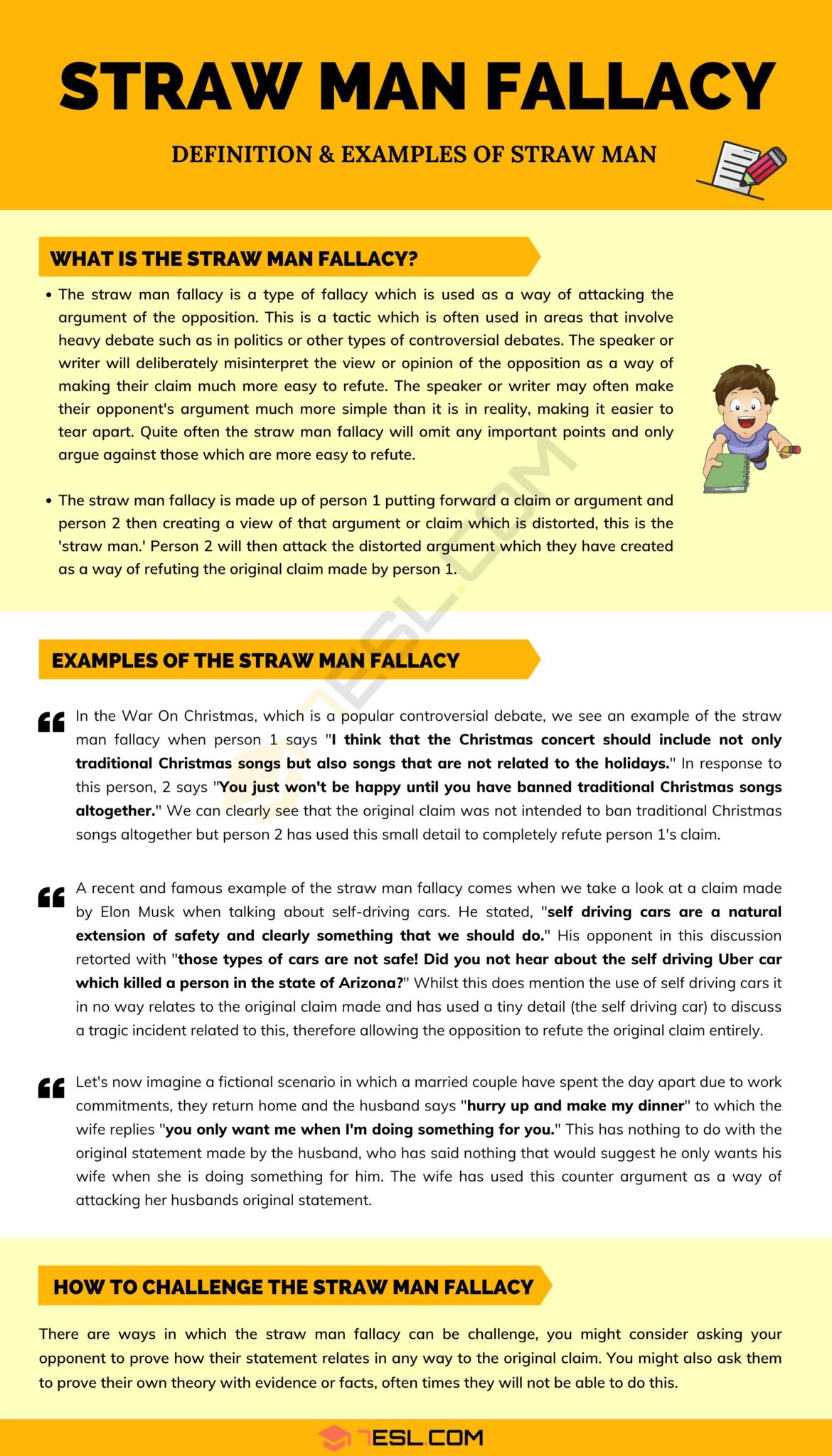