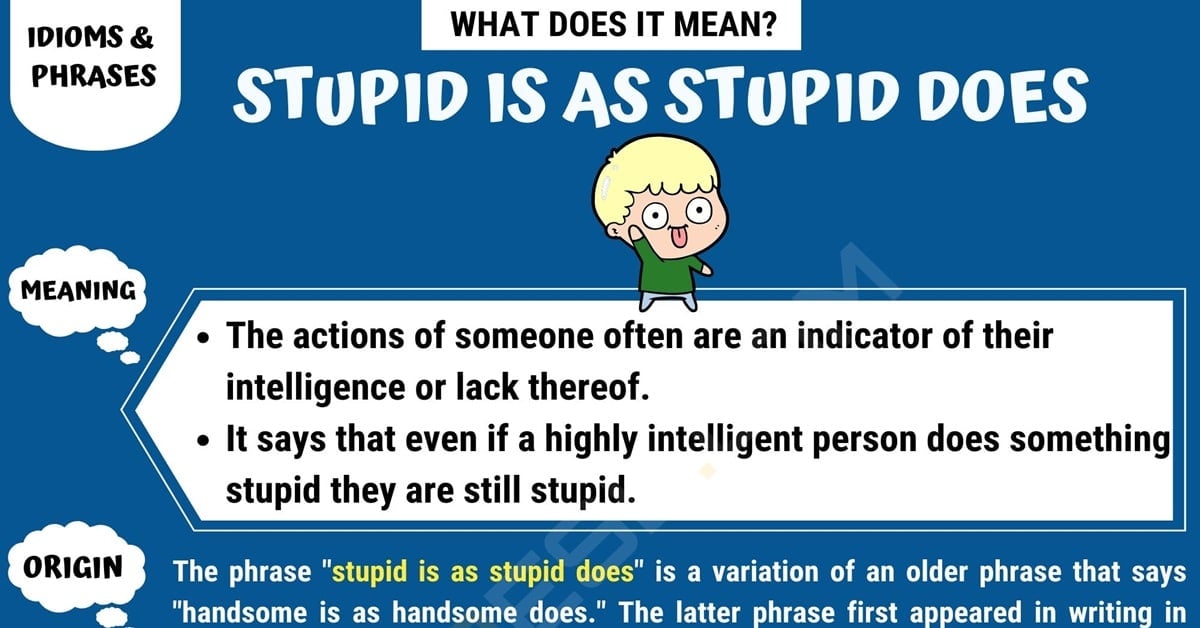 Stupid Is As Stupid Does

Stupid Is As Stupid Does Meaning

The phrase “stupid is as stupid does” means that the actions of someone often are an indicator of their intelligence or lack thereof. It says that even if a highly intelligent person does something stupid they are still stupid.

“Stupid Is As Stupid Does” Examples

A statement made in the local paper about a driver during a recent incident.

A statement made by a hunter being interviewed for a story in a hunting magazine.

Other Ways to Say “Stupid Is As Stupid Does”

As with most phrases, there several alternative ways to say the same phrase and still convey the same meaning. Some alternative suggestions for this phrase include:

Stupid Is As Stupid Does | Picture 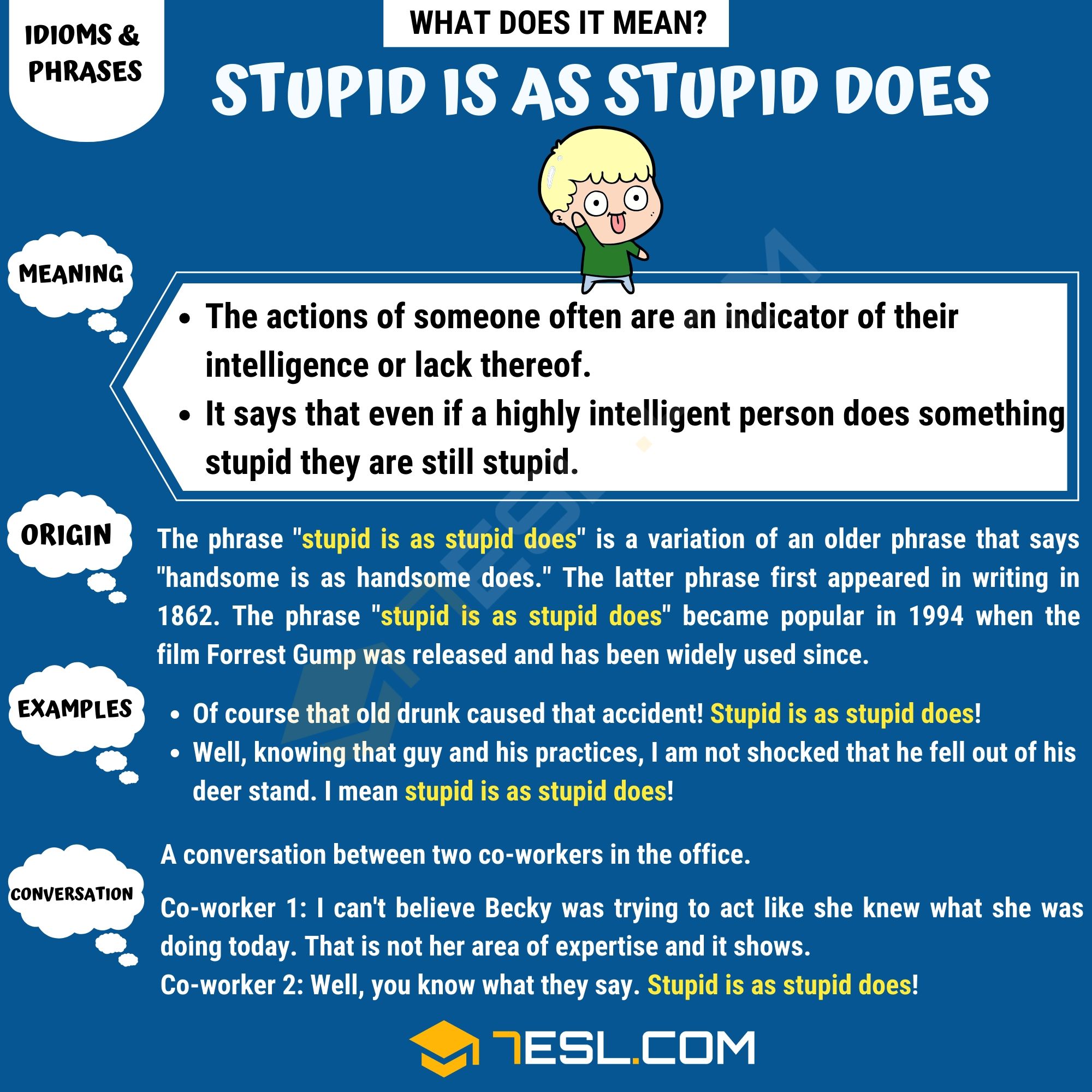 That’s a fair description. I always have seen it as,
“If what you are doing is stupid, you are being stupid.”

Hi there I would like to copy your material to use in my site:
“How stupid is your world? I am in the process of creating and I feel your info would be great . Please get back to me at eyecu@jmesbiz.com.
Thank you and have a wonderful day,
Jaime @ jmesbiz.com