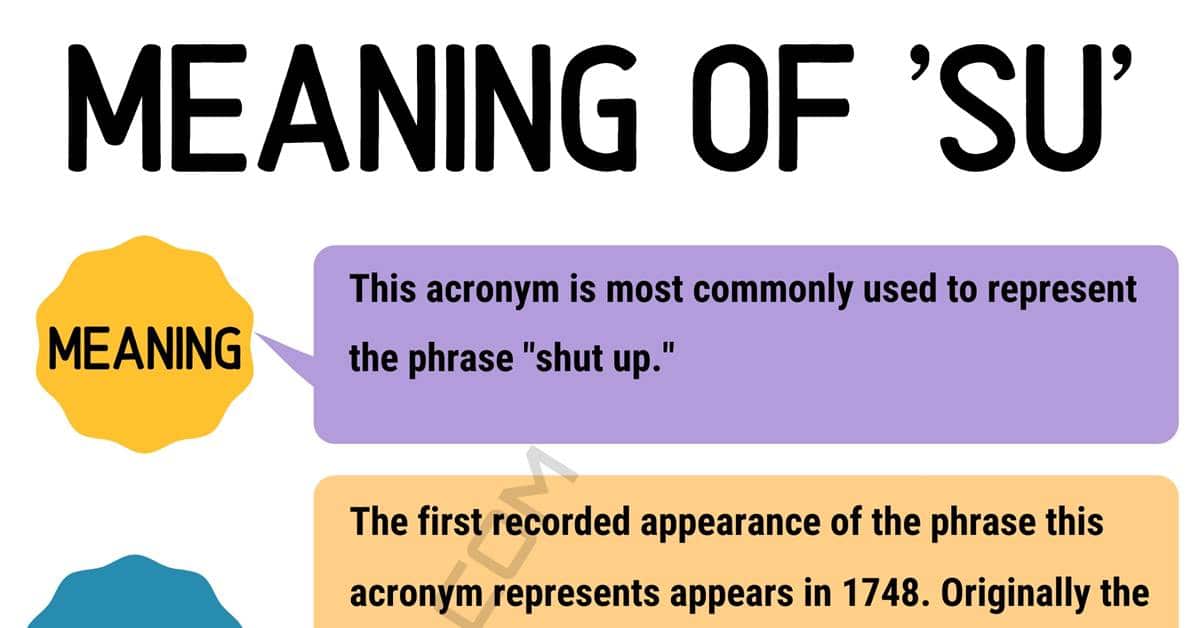 The acronym “SU” represents one of the most popular phrases that has ever been used in the English language. Chances are you have heard the phrase it represents most commonly repeatedly throughout any given day. Here you will not only find the meaning of this acronym, but you will also find information about its origin and some other meanings for this term. You will also see some example conversations using the acronym properly to help you gain a better understanding of its meaning. Lastly, you will discover some synonymous phrases that can be used in place of the phrase this acronym represents to bear the same meaning.

What does SU Mean?

This acronym is most commonly used to represent the phrase “shut up.”

The first recorded appearance of the phrase this acronym represents appears in 1748. Originally the phrase was written “shut up one’s mouth” but it was shortened to simply “shut up” over many years and frequent usage.

There are many other phrases that this acronym can represent and it can be used as a standalone term as well. Some of the other phrases that this acronym can represent are “swipe up,” as seen used in Snapchat, “straight up,” “stumble upon,” “student union,” and “socially unacceptable.” As a standalone term, this word can mean a term of endearment for someone close to you, a German or French swear word, another word for nest or vinegar, and a person who does things that are immature and childish.

There are several synonymous phrases that you could use to replace the phrase “shut up” in conversation. Some of the other phrases you can use in its place include:be quiet, keep your mouth shut, zip it 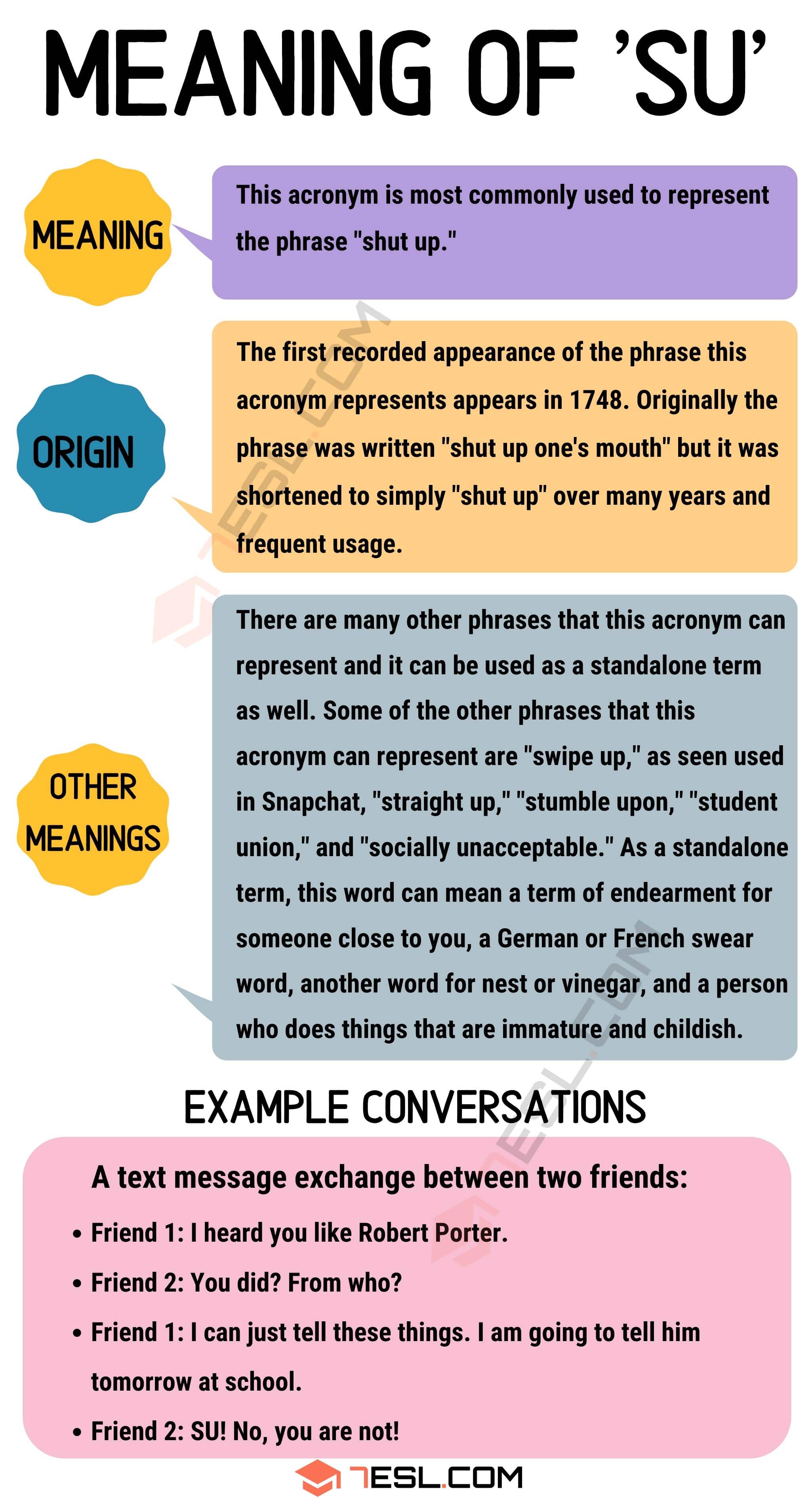