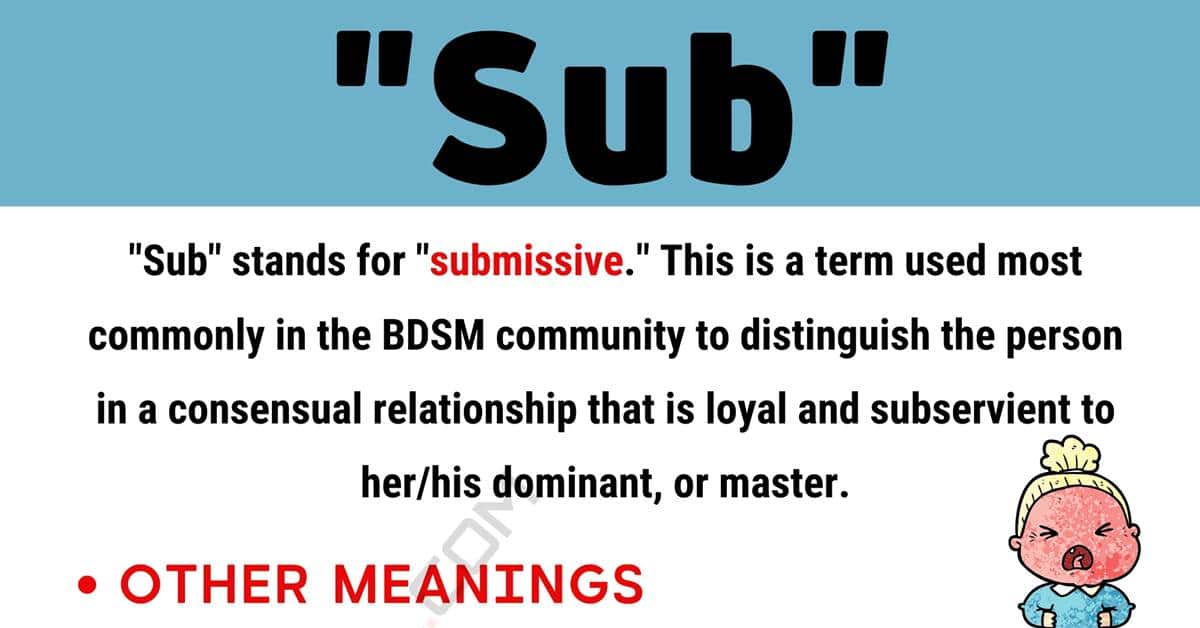 What does “sub” mean? If you have traveled in certain circles on the internet, then chances are you have encountered this term a time or two on the internet when viewing certain sites. If you have seen or heard this phrase being used and were wondering what it most commonly means, then you have landed on the right page to satisfy your curiosity. Here you will find out what this phrase means, see the information regarding its origin, and view some alternative meanings of the term. You will also be able to read through some example conversations as a way to help you better understand the term from seeing it used in context. Lastly, you will see some words or phrases that mean the same thing as the original term and that you can use to replace it in conversation without changing the meaning.

What Does “Sub” Mean?

In this case, this term is used in the prefix meaning of the term to mean under or below something. It is derived from the Middle English, more specifically Latin, where the term means under, below, from below, or secretly. There is no specific information regarding the time frame that this term was first used or recorded in the sense of the meaning mentioned above. 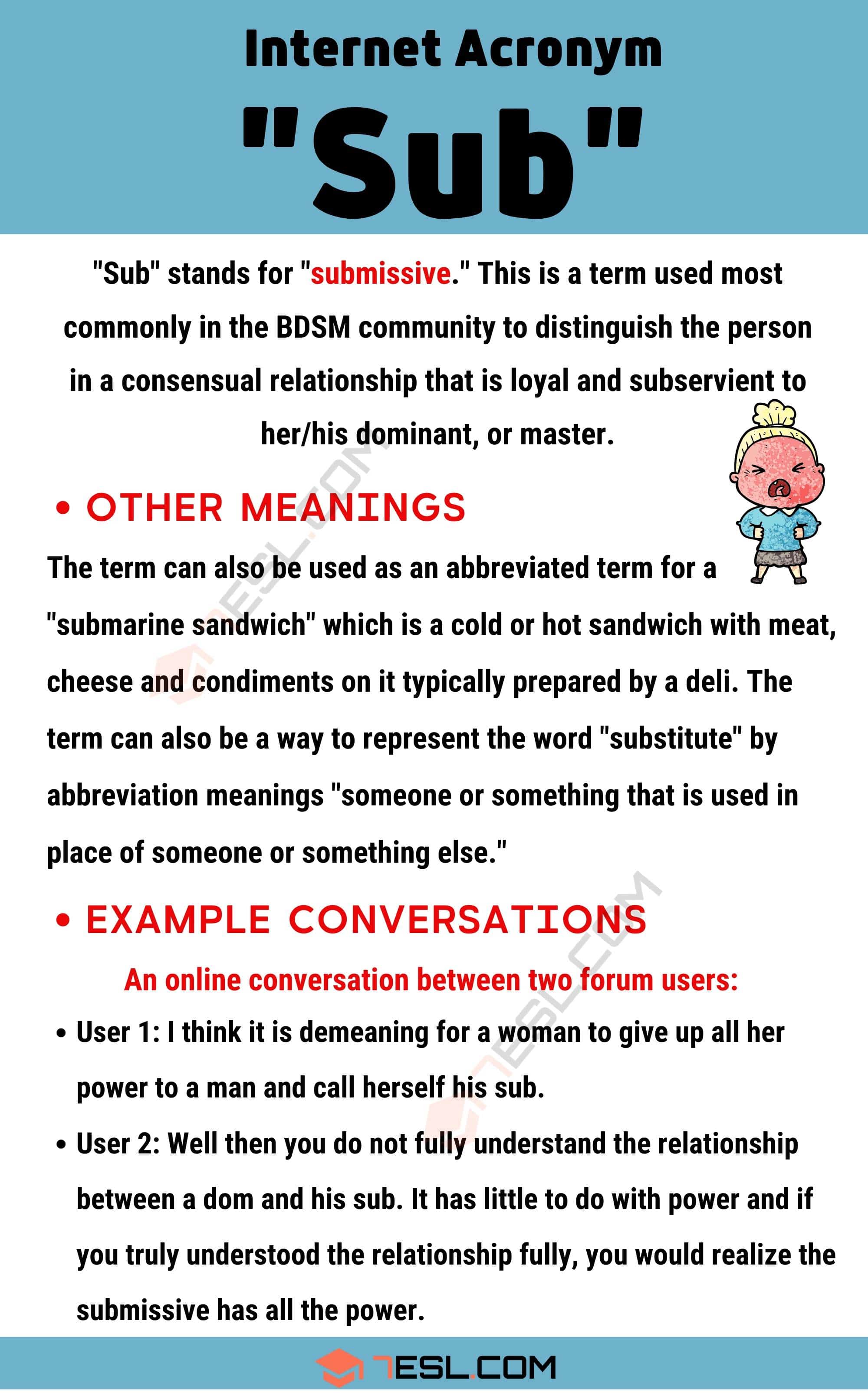