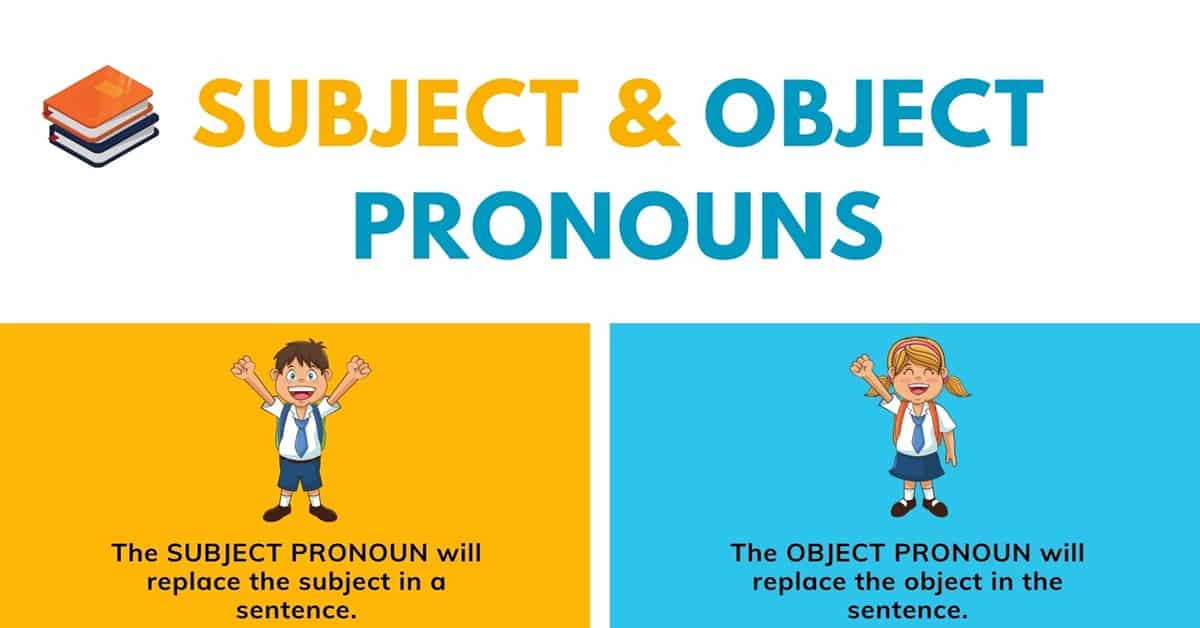 How to use subject pronouns and object pronouns correctly? Sentences would get boring, tedious, and difficult to read if we had to use the same words over and over again. Thankfully, we have pronouns to help make our sentences become clearer, less awkward, and smoother. They prevent us from repeating the same nouns over and over.

What exactly is a pronoun? It is a word that takes the place of a noun. It replaces and performs the same actions as the noun in a sentence. A reminder that a noun is a person, place, thing, or idea.

The subject of a sentence is the noun which is doing the action.

The object of a sentence is the noun that is having the action done to it.

This is shown in the following sentences.

Bryce is the subject. He is performing the action.
Letter is the object. It is having the action performed to it.

How to Use Subject and Object Pronouns

Subject pronouns take the place of the part of the sentence which is performing the action.

The following sentences show the noun and subject pronoun replacing each other.

Object pronouns take the place of the part of the sentence which has the action being performed to it.

The following sentences show the noun and object pronoun replacing each.

When using subject and object pronouns, the first step is always to determine which noun is performing the action and which is having the action performed to it. From there, you will know which pronoun to use in the sentence and where. Proper use of these pronouns will add to your writing skill and will create an exciting and smoother read from your audience. 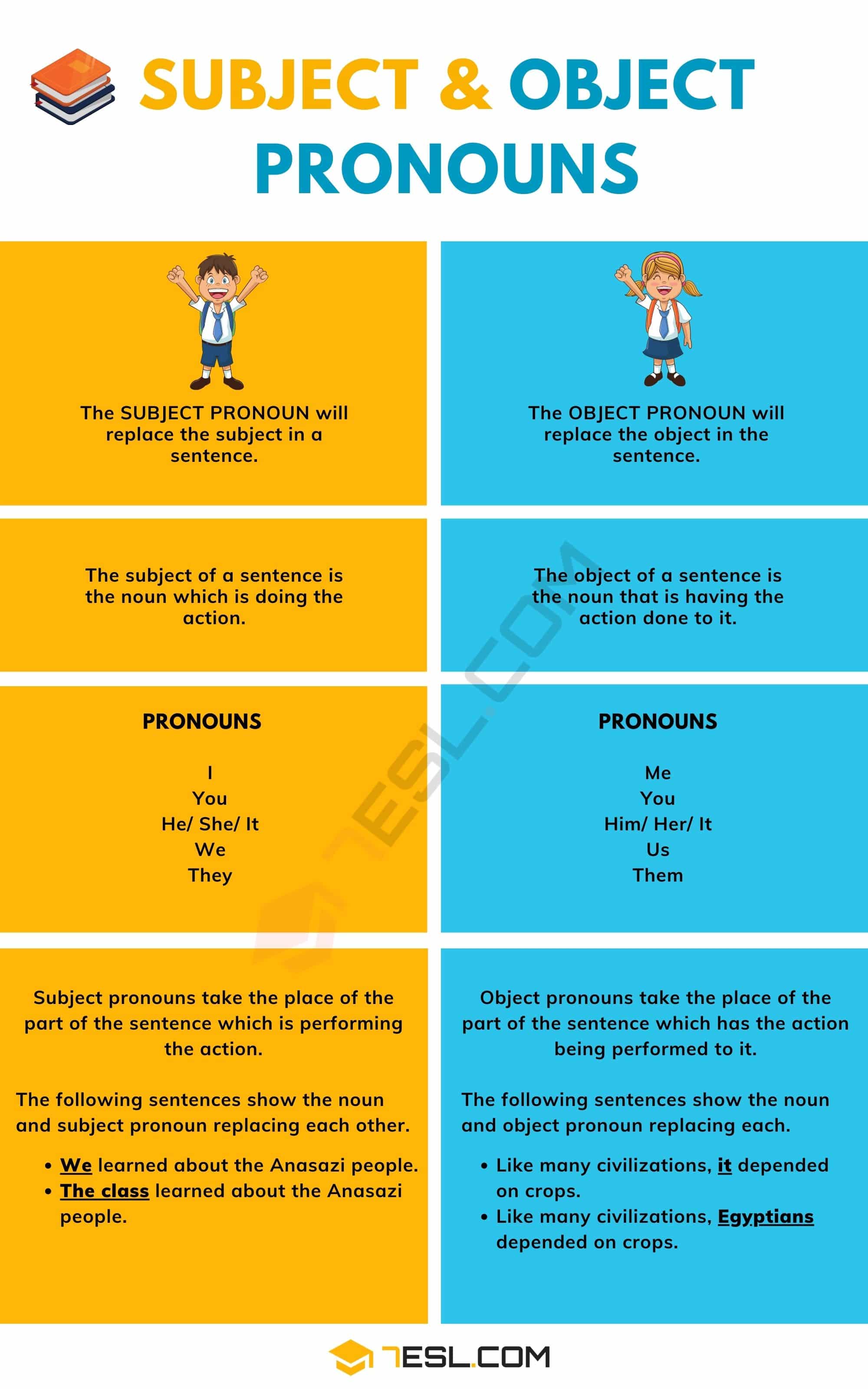 I enjoy your site