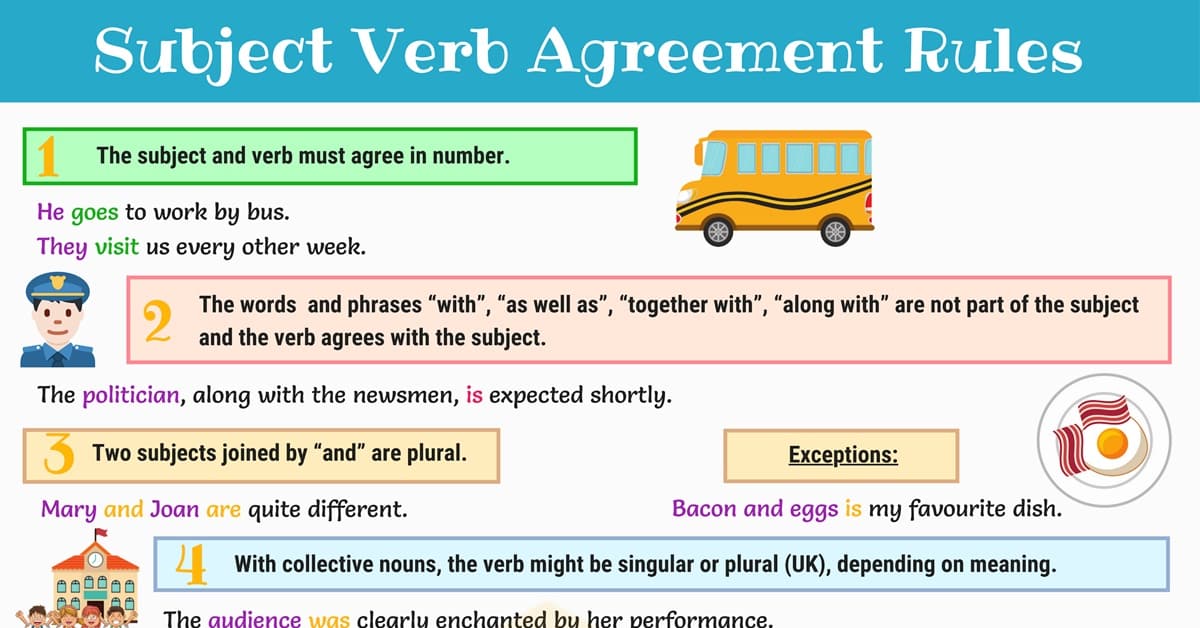 When speaking or writing in English it is vital that you follow the rules of subject verb agreement. In simple terms, this is making sure that the subject agrees with the verb for example ‘You are’ and not ‘you am.’

By using the correct subject verb agreement, you will be able to make much more understandable and grammatically correct sentences which will make your English sound more fluent. In this section, we will be paying closer attention to the idea of subject verb agreement and how you can ensure you follow the rules.

What Is Subject Verb Agreement?

In English, subject verb agreement is a grammatical rule, which states that the subject and the verb must agree in a sentence.

The subject is separated from the verb by “with”, “as well as”, “together with”, “along with”. These words and phrases are not part of the subject. The verb agrees with the subject.

Two subjects joined by “and” are plural.

In this sentence, bacon and eggs is a compound noun.

Two subjects joined by “or/not”, “either…or/neither…nor”, “not only…but also” take the verb that agrees with the subject closest to it.

With collective nouns, the verb might be singular or plural (UK), depending on meaning.

In sentences beginning with “here” or “there“, the true subject follows the verb.

The verb is singular if the subject is a singular indefinite pronoun such as each, either, neither, one, no one, every one, someone, anyone, nobody, somebody, anybody, everybody, one, no.

The verb is plural if the subject is a plural indefinite pronoun such as several, few, both, many.

And, some indefinite pronouns (some, any, all, most) may be either singular or plural, depending upon their use in a sentence: with uncountable, use singular; with countable, use plural.

Use a singular verb for expressions of measurement, time. money and weight when the amount is considered one unit. 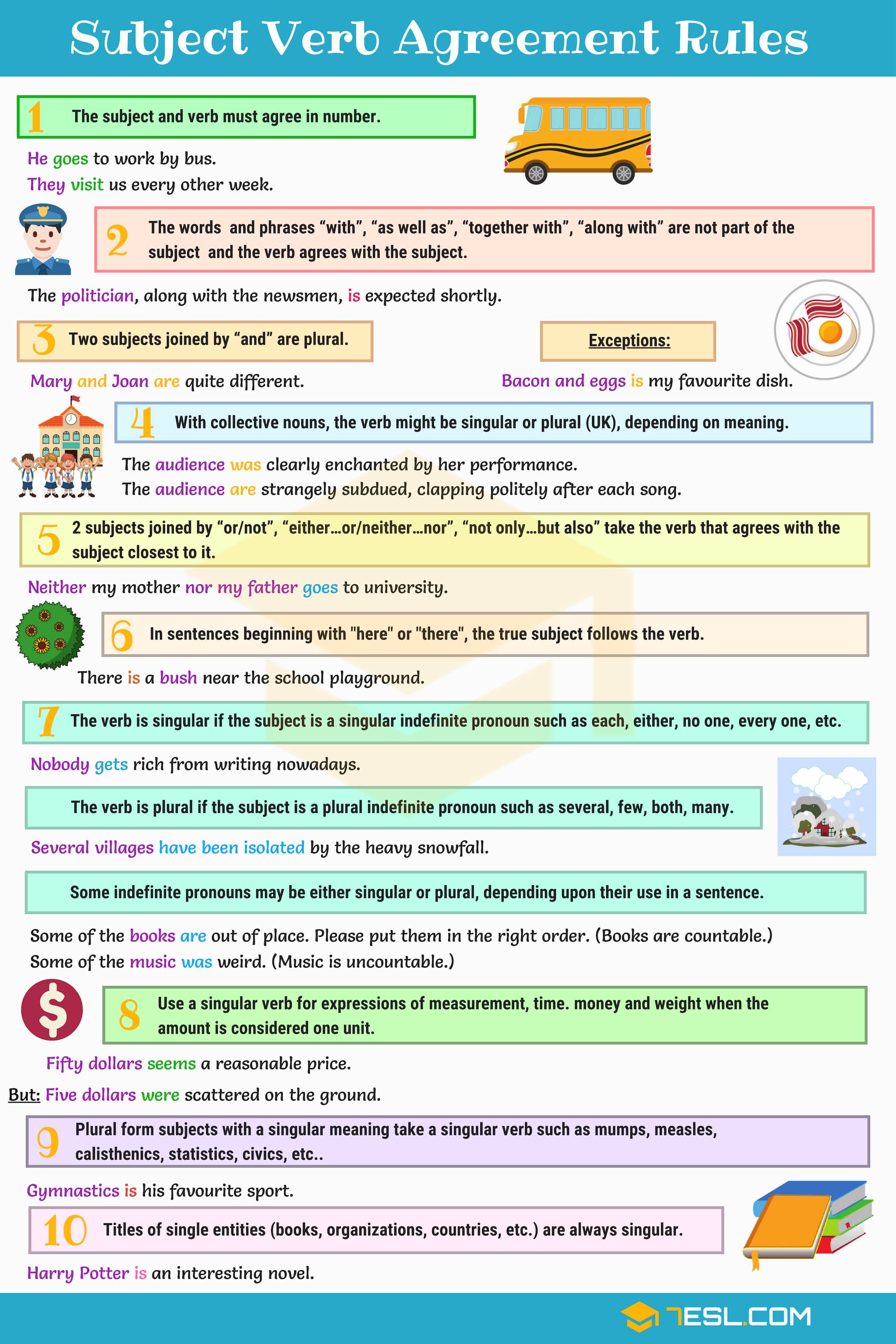 Clear, condensed and useful, the chart and summary are a good motive for children and students to learn. Thanks for your efforts.

How can this helps me to learn

Thank it was nice i really learned a lot about it and scored full marks in my exam -30\30!