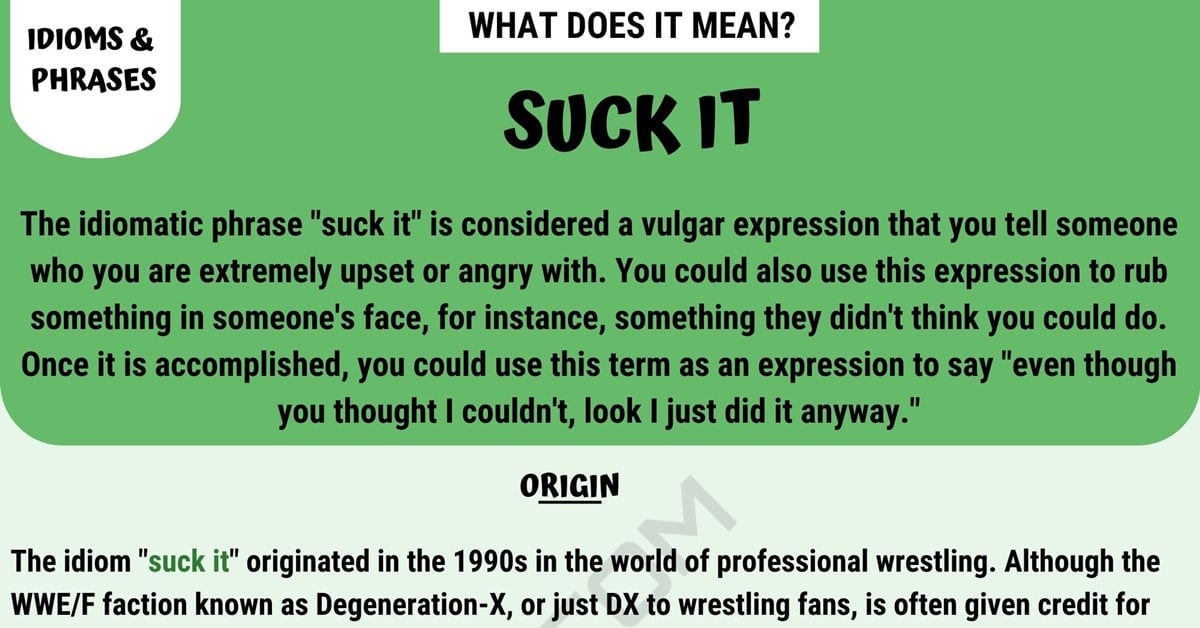 The phrase “suck it” doesn’t mean that someone is literally telling you to suck anything. It is an idiom or figure of speech and means something different entirely. If you found your way here because you heard or saw this phrase and are pondering what it means, then you have come to the right place. You will not only find the meaning of this phrase here, but you will also find the origin of the phrase and some example sentences and conversations. These will help you further understand the concept of the phrase by seeing it used correctly in context. Finally, you will find some alternative ways to say “suck it” in conversation.

The idiomatic phrase “suck it” is considered a vulgar expression that you tell someone who you are extremely upset or angry with. You could also use this expression to rub something in someone’s face, for instance, something they didn’t think you could do. Once it is accomplished, you could use this term as an expression to say “even though you thought I couldn’t, look I just did it anyway.”

The idiom “suck it” originated in the 1990s in the world of professional wrestling. Although the WWE/F faction known as Degeneration-X, or just DX to wrestling fans, is often given credit for the origin of the phrase “suck it” and the hand chop to the crotch area that often accompanied it, the action and the phrase existed prior. The phrase “suck it” was first used by the faction nWo who was a team of wrestlers who paired together and wrestled for the main competition of the WWE/F called WCW.

A discussion between two brothers.

Alternatives to “Suck It”

There are some ways you can say “suck it” in other, more colorful, ways. Some of them include: 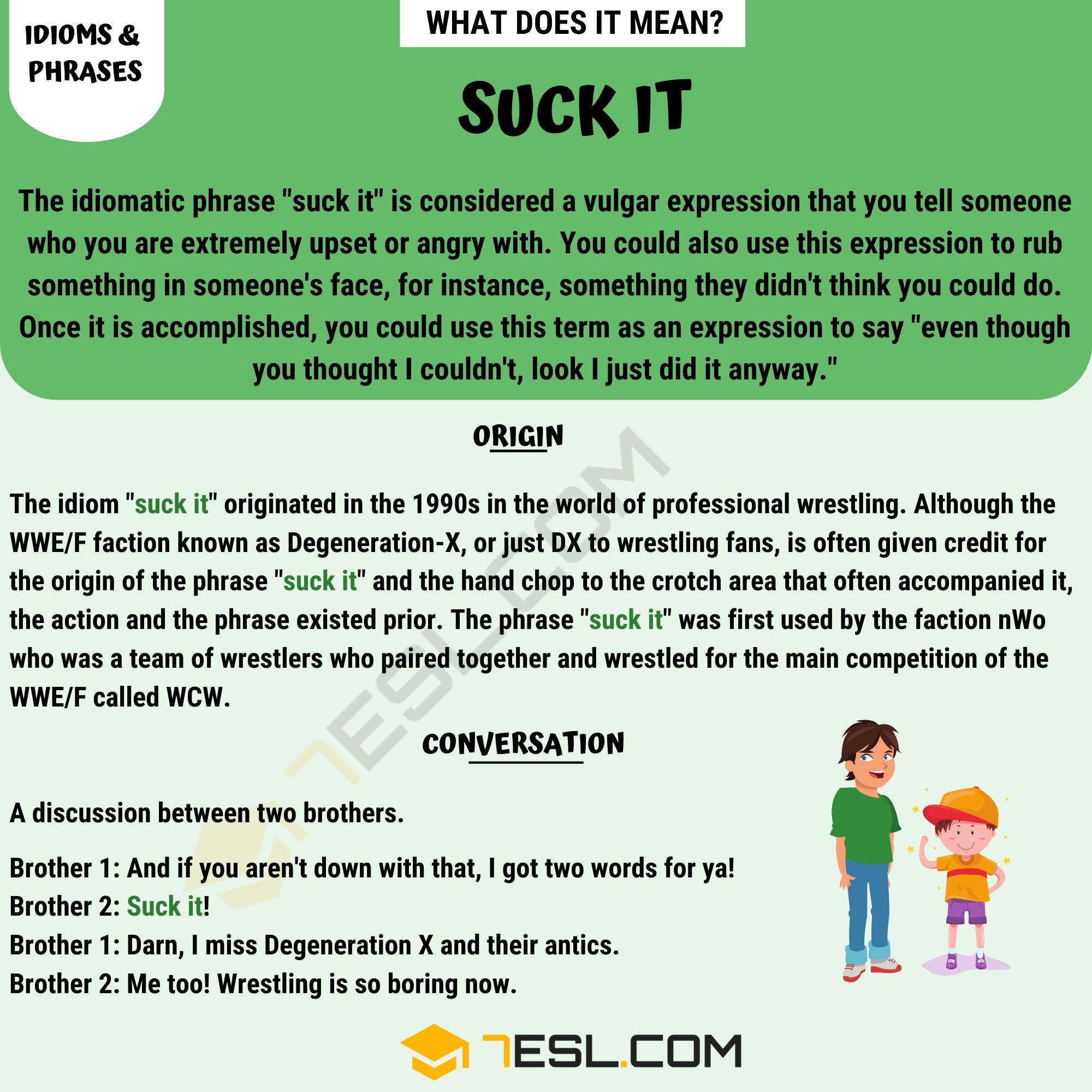 I showed my sister Wilbur Soot yelling “YO SUCK IT GREEN BOI!” And she said it was inappropriate, and I guess it is.

I said this to my parents and I didn’t intend to mean suck ma d word :/