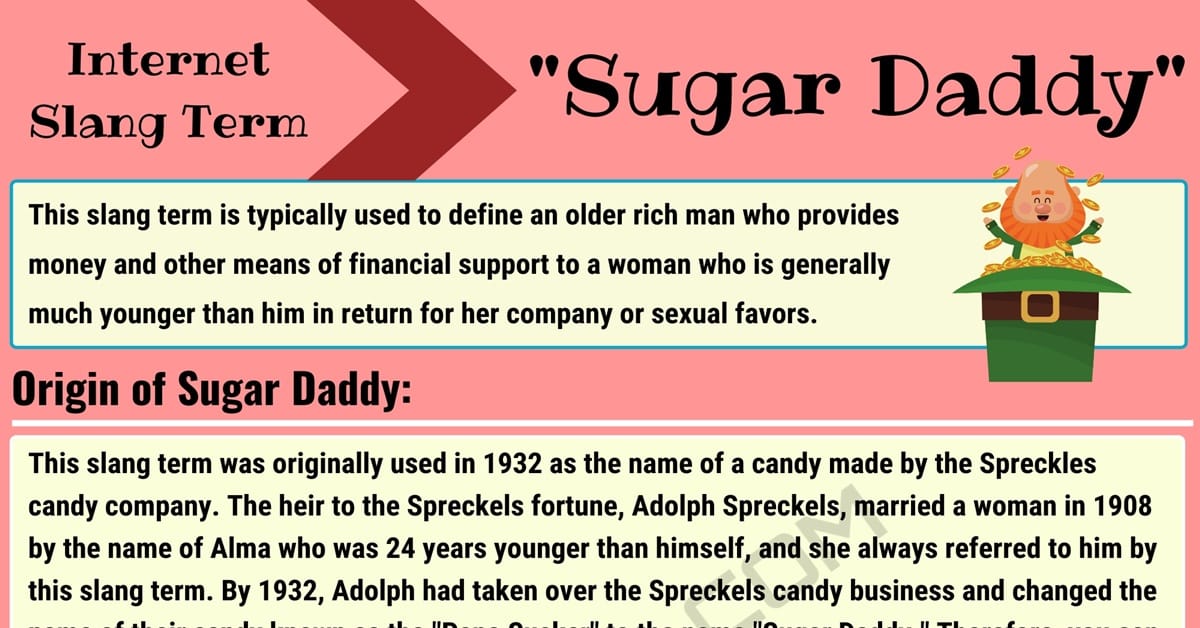 The internet slang term “sugar daddy” is a frequently heard phrase in all types of conversation. If you have heard the term and came here searching for its meaning, then you are in luck. Here you will find the meaning of this slang phrase, the story behind its first usage, and any other meanings that the term may have.

Conversation examples are given here as well so that you will have a better understanding of how the term is used in context. Finally, you will see some alternate words that you could use to replace this term and still maintain the same meaning.

What Does Sugar Daddy Mean?

This slang term is typically used to define an older rich man who provides money and other means of financial support to a woman who is generally much younger than him in return for her company or sexual favors.

This slang term was originally used in 1932 as the name of a candy made by the Spreckles candy company. The heir to the Spreckels fortune, Adolph Spreckels, married a woman in 1908 by the name of Alma who was 24 years younger than himself, and she always referred to him by this slang term. By 1932, Adolph had taken over the Spreckels candy business and changed the name of their candy known as the “Papa Sucker” to the name “Sugar Daddy.” Therefore, you can attribute the term and its definition to Alma who was the first to ever use it.

As stated already in the description of the term’s origin, this term is also the title of a candy that was a caramel on a lollipop stick. Other than that, there are no other currently known meanings of this slang term. 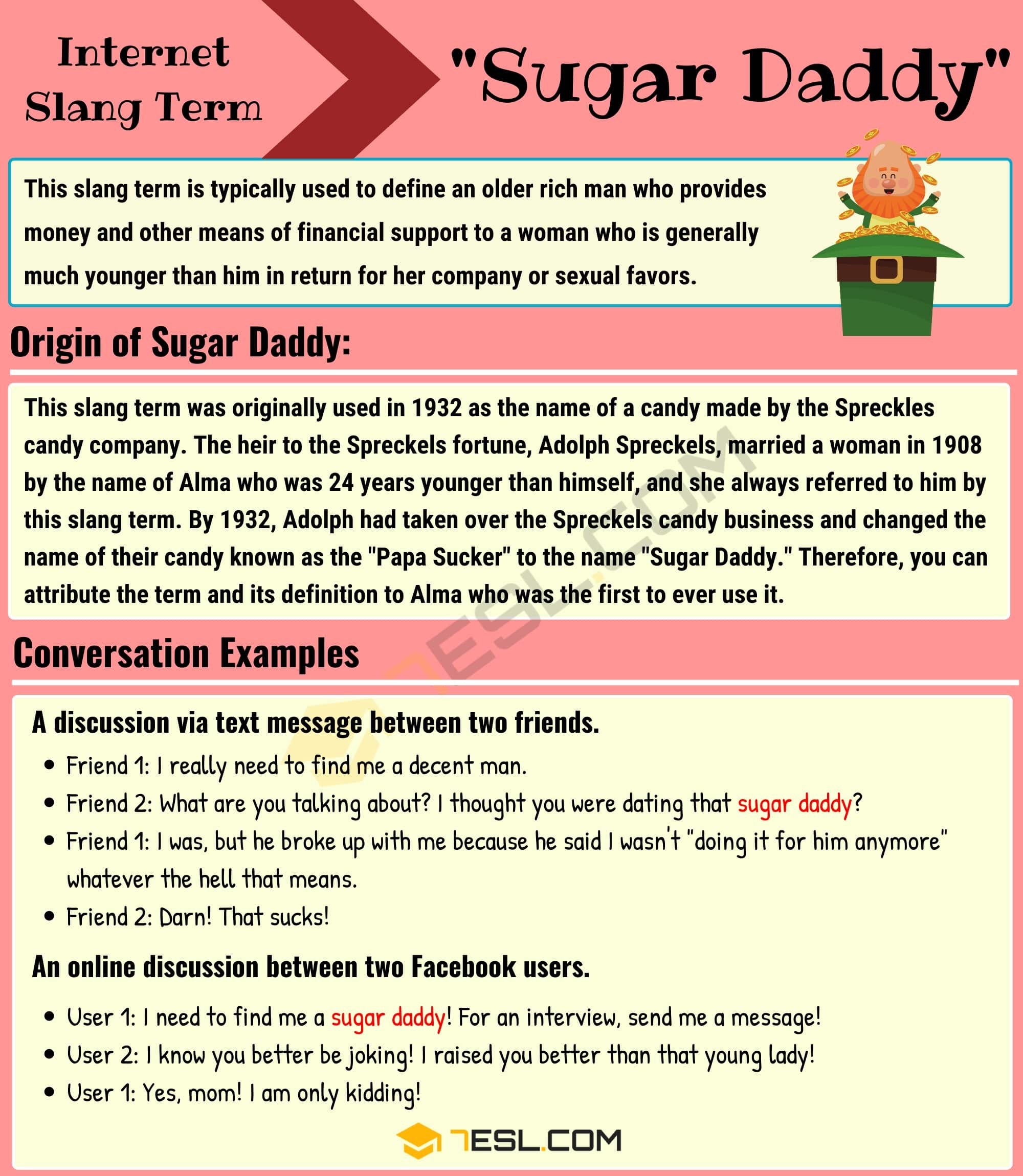 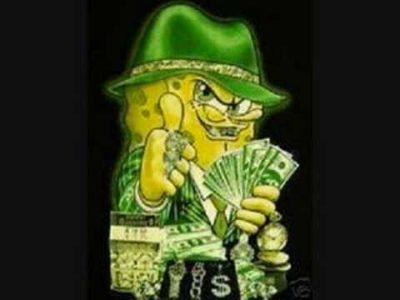