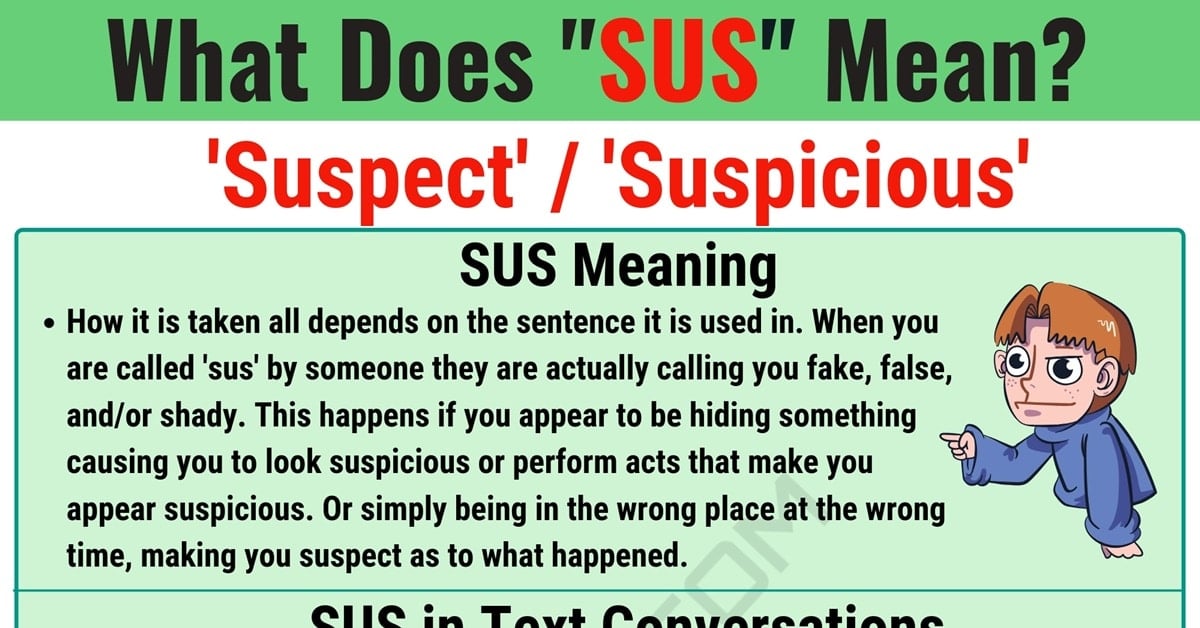 What does SUS mean? What does this internet slang term stand for? Learn the meaning and how to use this text abbreviation with useful conversation examples and ESL infographic.

What Does SUS Mean?

The abbreviation ‘sus’ has two meanings, ‘suspect’ and ‘suspicious’.

How it is taken all depends on the sentence it is used in. When you are called ‘sus’ by someone they are actually calling you fake, false, and/or shady. This happens if you appear to be hiding something causing you to look suspicious or perform acts that make you appear suspicious. Or simply being in the wrong place at the wrong time, making you suspect as to what happened.

Ways you will find the abbreviation ‘sus’.

Two friends talk about a girl they know who said she didn’t do something, yet her suspicious activity says otherwise.

On an online chat people talk about a murder and wonder if they have a suspect for the killer yet.

Here we have a conversation where someone is being accused of being a suspect because they have no alibi. 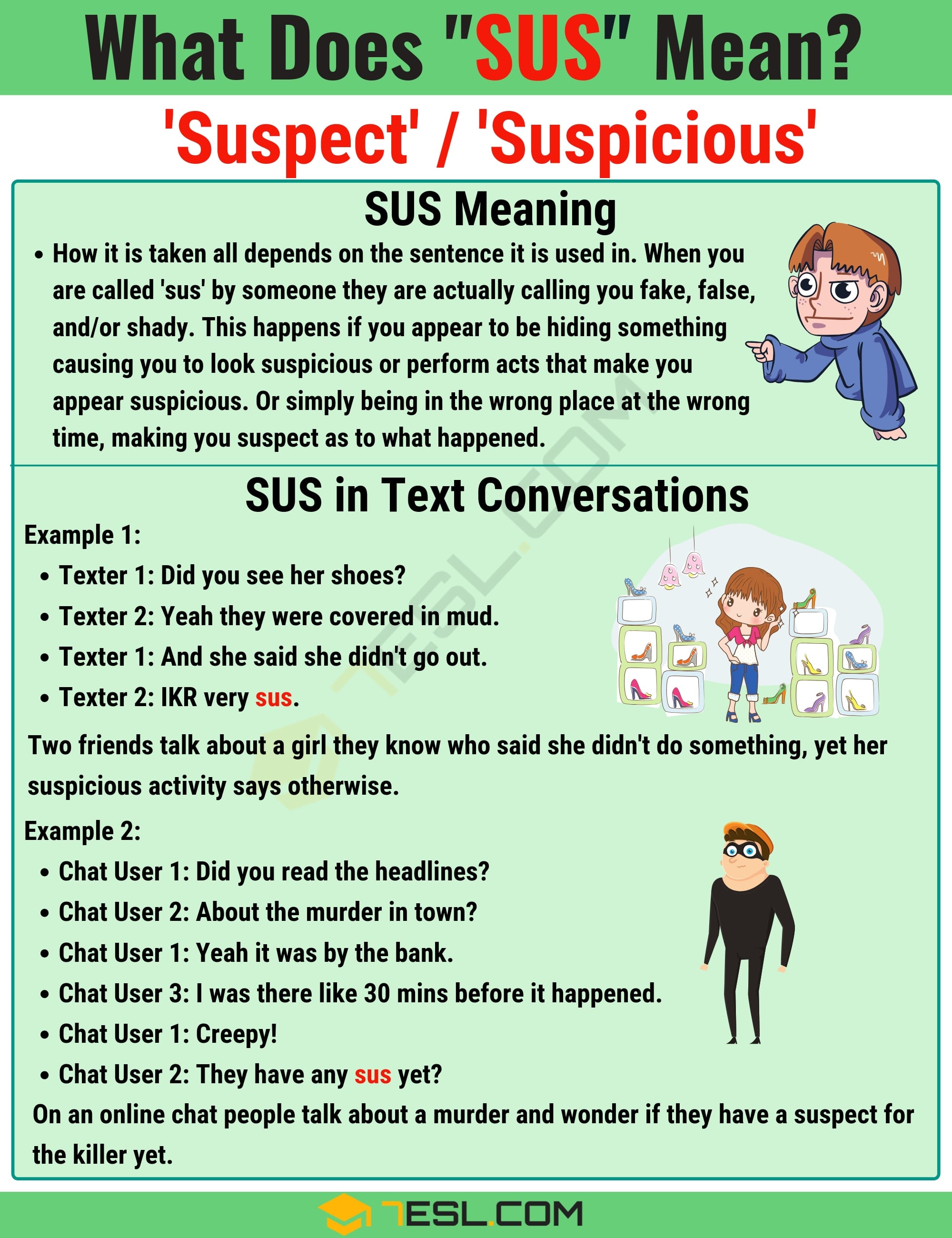 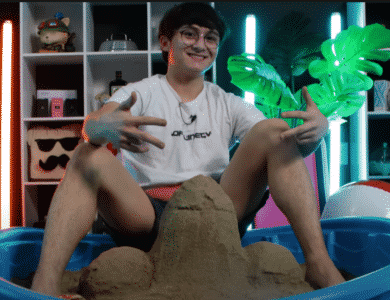 Among us.
When imposter is sus

when the impostor is scientific name for pig😳