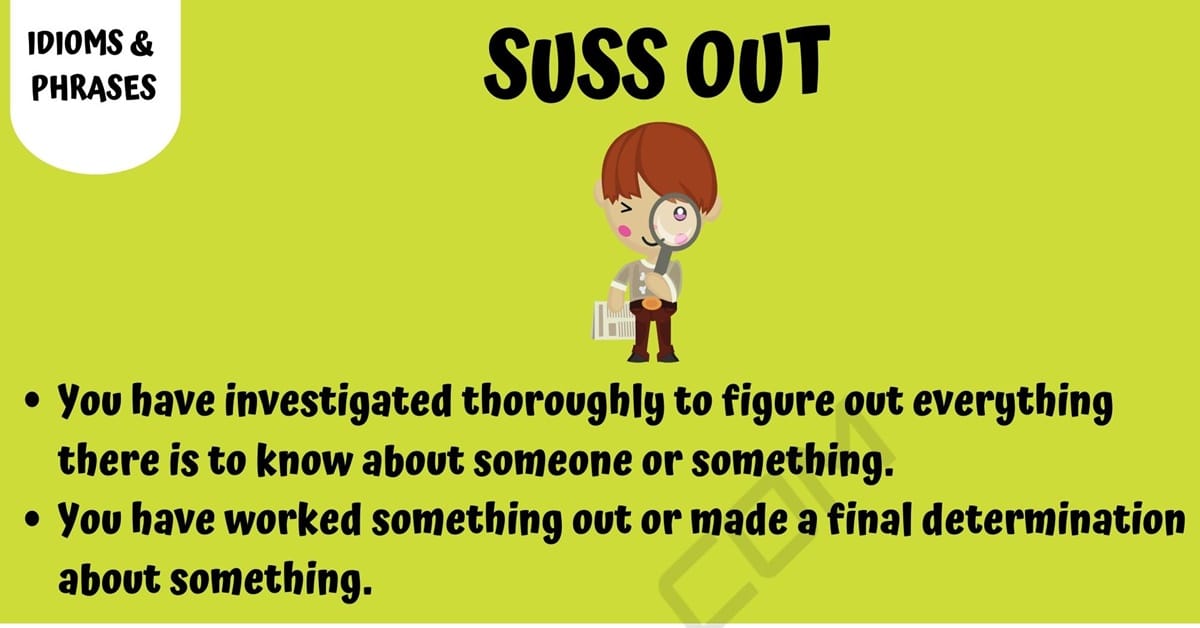 The phrase “suss out” is considered a form of slang that is used in conversation. Often people who don’t speak English as their first language hear or see this phrase and wonder what it means because “suss” is a word that is not encountered often. If you have wandered to this page wondering what this phrase means, then you are in luck. The meaning of this slang phrase can be found here, along with the phrase’s origin, some example sentences and conversations, and some alternative ways to say the same thing in conversation.

Origin of this idiomatic term

The phrase “suss out” is believed to have come from the British slang term “sus.” “Sus” was used as an abbreviated way to say “suspect” or “suspected.” The term was first heard in Britain in the early 1950s and first appeared in America on the channel BBC in the 1970s. The first time the phrase was heard in America was not until 1990.

A discussion between father and son.

Alternatives to “Suss Out”

There are several words or phrases that you can use to replace the phrase “suss out” in conversation. Some of the alternatives you could use include: 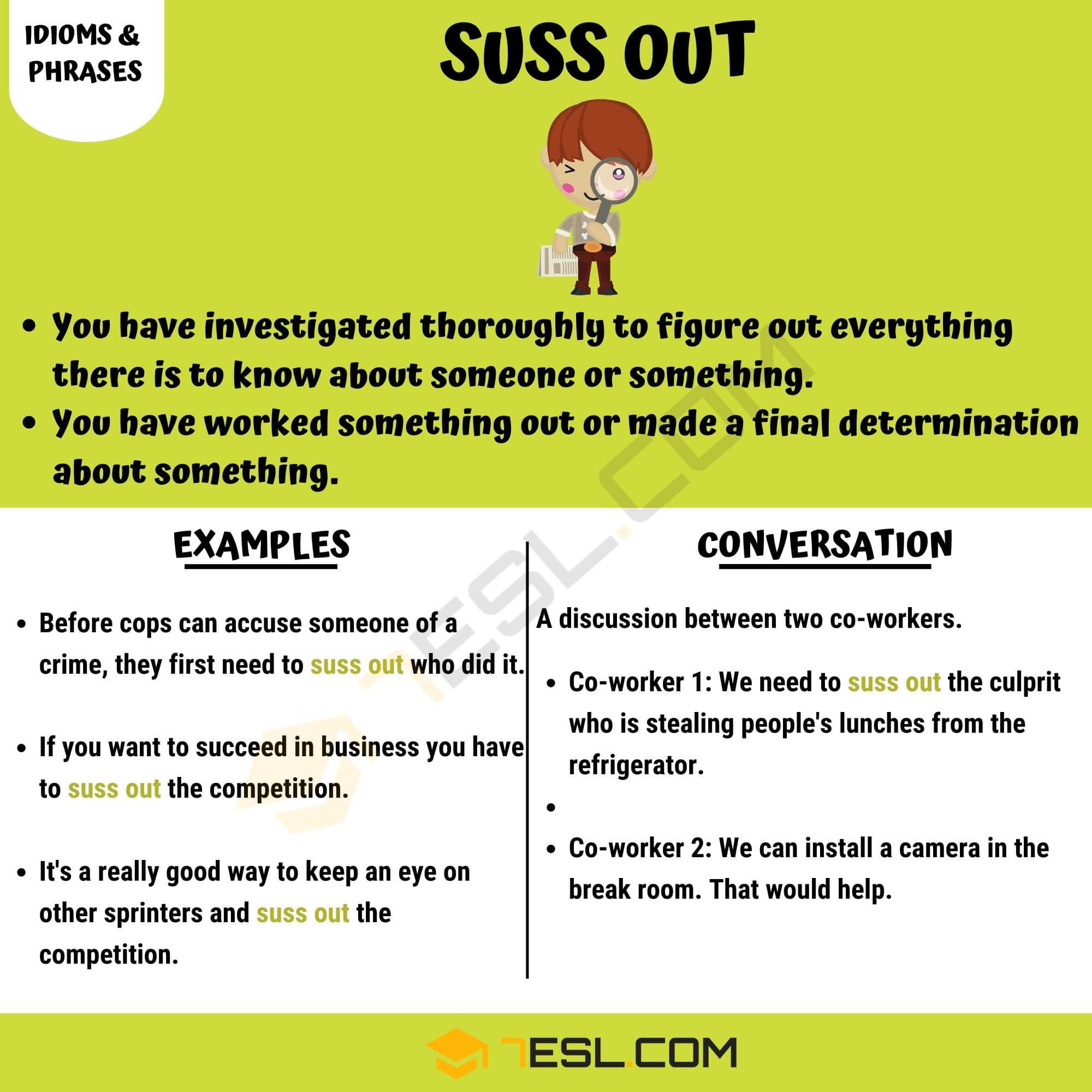