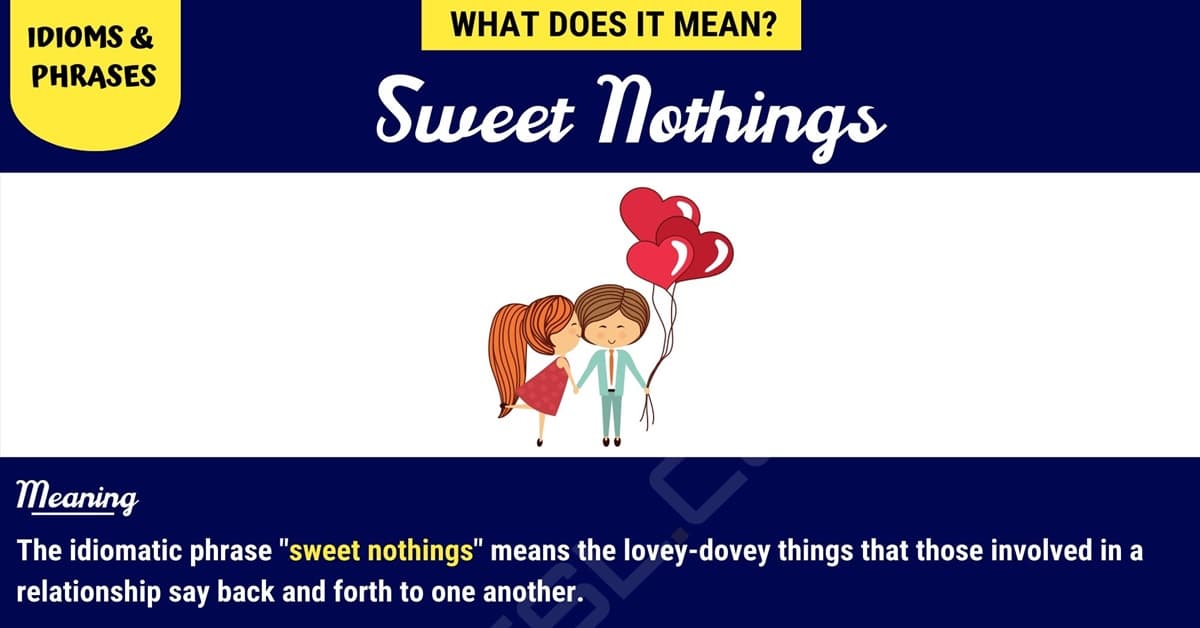 The idiom “sweet nothings” is a phrase that you may hear or see a lot, especially from those in romantic relationships. If you have run across this term and wondered what exactly does it mean, your search can be concluded here. Below you will learn the meaning of this idiom and you will discover the information behind the phrase’s origin. You will also see some example sentences and conversations to help you better understand the meaning of these phrases in context. Finally, you will see some suggestions for alternatives that you can use in place of this phrase to convey the same meaning.

The idiomatic phrase “sweet nothings” means the lovey-dovey things that those involved in a relationship say back and forth to one another.

Despite being a popularly used phrase, this useful idiom has little information regarding its origin. However, it can be said that the phrase was first used in 1776 in a poem by the author Mary Elizabeth Braddon. The poem which was printed in a London magazine called Belgravia used the phrase to describe the actions of the couple in love in the poem.

There are several phrases or words you can use in place of the idiomatic phrase “sweet nothings” that will relate the same meaning. Some alternatives you can use include:

What does “Sweet Nothings” Mean? | Picture 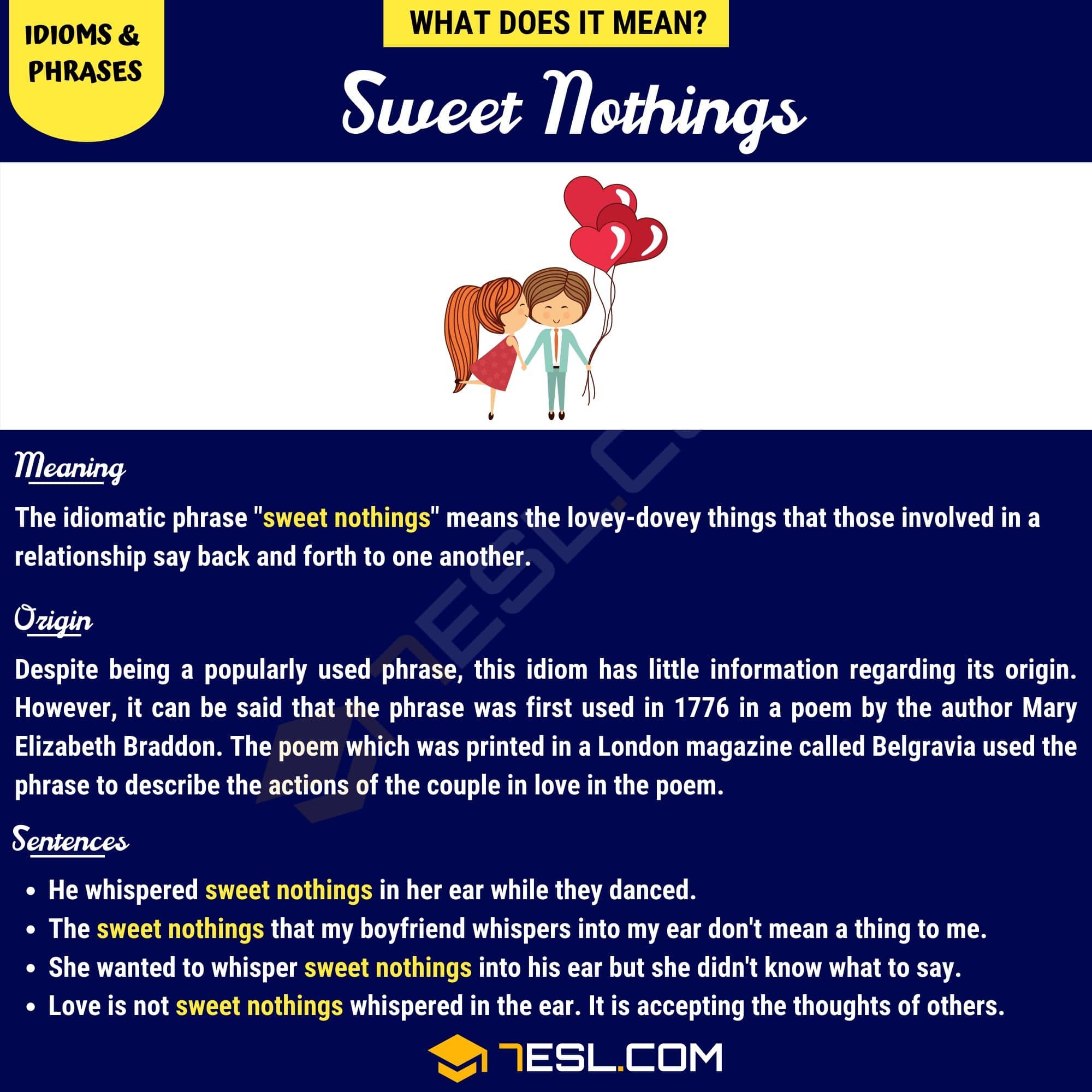