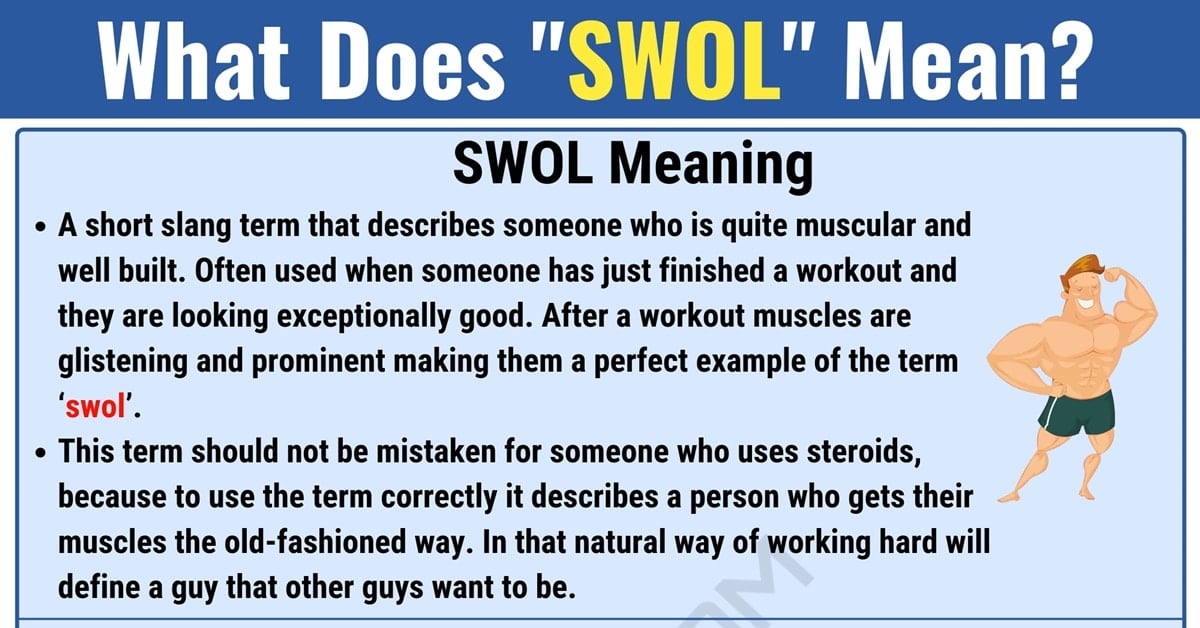 What does Swol mean? Learn the definition, how and when to use this internet slang word with interesting texting conversations and ESL printable infographic.

What Does Swol Mean?

Swol is a short slang term that describes someone who is quite muscular and well built. Often used when someone has just finished a workout and they are looking exceptionally good. After a workout muscles are glistening and prominent making them a perfect example of the term ‘swol’.

This term should not be mistaken for someone who uses steroids, because to use the term correctly it describes a person who gets their muscles the old-fashioned way. In that natural way of working hard will define a guy that other guys want to be.

One of the first instances of ‘swol’ was seen in 1998 by a user listed the term as a meaning for the word muscular. The world of Hip Hop helped to push the slang term into modern pop culture as artist like Tupac used the term in lyrics. One of the earliest sightings was in the song “When I Get Free” released by Tupac in 2001. His lyrics of “did push-ups till I swol up” helped push the term into usage by the world of popular culture.

Here is how this online slang word is used.

Here is a couple of girls talking about a guy they both like who got really sweaty and looked super-hot while hauling hay on his family farm. Hard working guys are always better looking while they are doing manual labor. 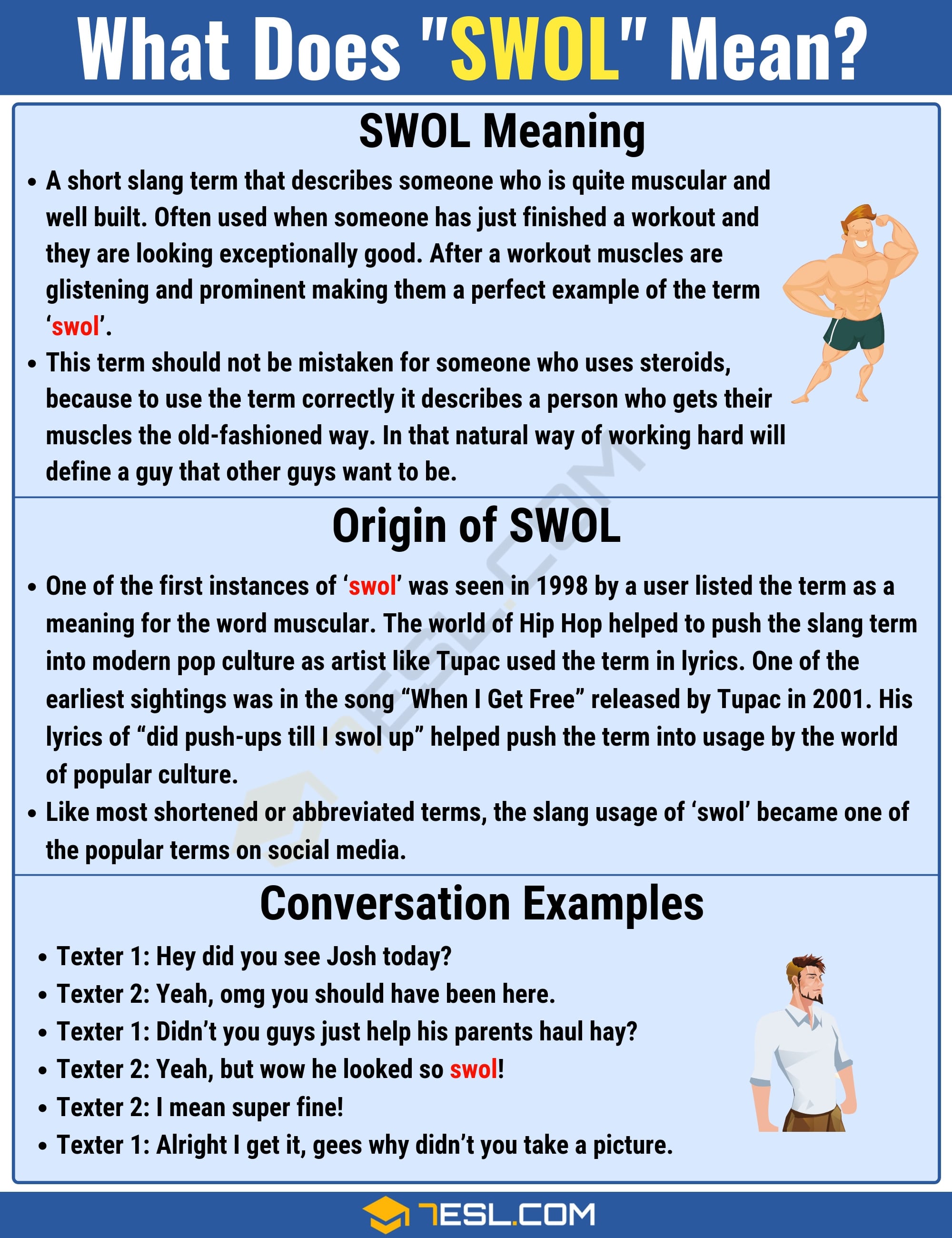