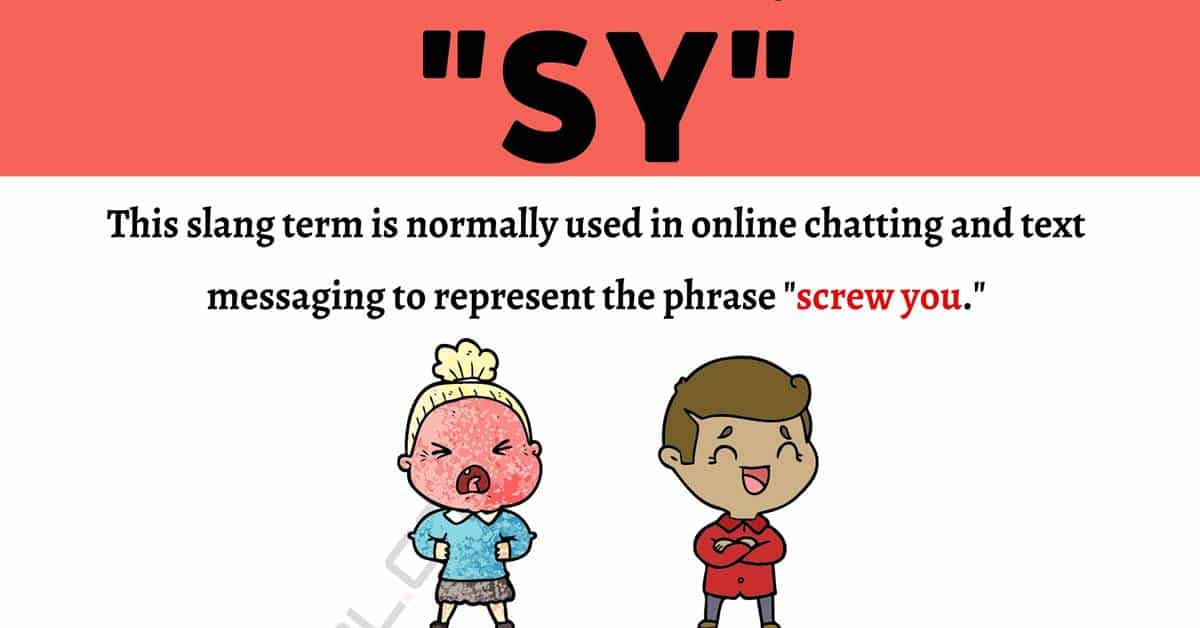 The slang acronym “SY” can be used to represent a lot of different phrases, titles, and single words. The informative article below will provide you with the most common meaning of this term by highlighting the phrase that this acronym is most frequently used to represent. It will give you the meaning of that phrase, the story of its origin, and some other meanings of the acronym itself. Additionally, you will have the opportunity to read through some conversation examples to see how the term is used correctly and better understand its meaning. Finally, you will discover some other phrases that you can use in place of the most popular phrase this acronym is used to represent.

What Does SY Mean?

This slang term is normally used in online chatting and text messaging to represent the phrase “screw you.” This is a common response to someone who makes you angry or upset.

There is little information given for the first usage of this acronym to represent this phrase. However, it can be said that the phrase it represents has been used as a frequent response in specific situations since the mid of 1900s. Since it is such a common phrase when the internet and text messaging became popular forms of communication this term became represented by this acronym instead because it made it easier, quicker, and more convenient to type. This has occurred with most well-known phrases that were used prior to the popularity of these types of electronic communication.

Like almost all acronyms, there are other phrases, official titles of businesses and practices, and shortened or abbreviated terms that this slang term can represent. Some things that this acronym can also stand for are “School Year,” “Scotland Yard,” “South Yorkshire,” “System,” and “Syphilis.” These are just a few examples of the phrases and other things that this acronym can represent. There are many more but it is way too long of a list to make specific mention of them all here.

There are several other phrases that you could use in place of this slang term that would still maintain the same thought and meaning. Some other phrases you could say or use instead include: 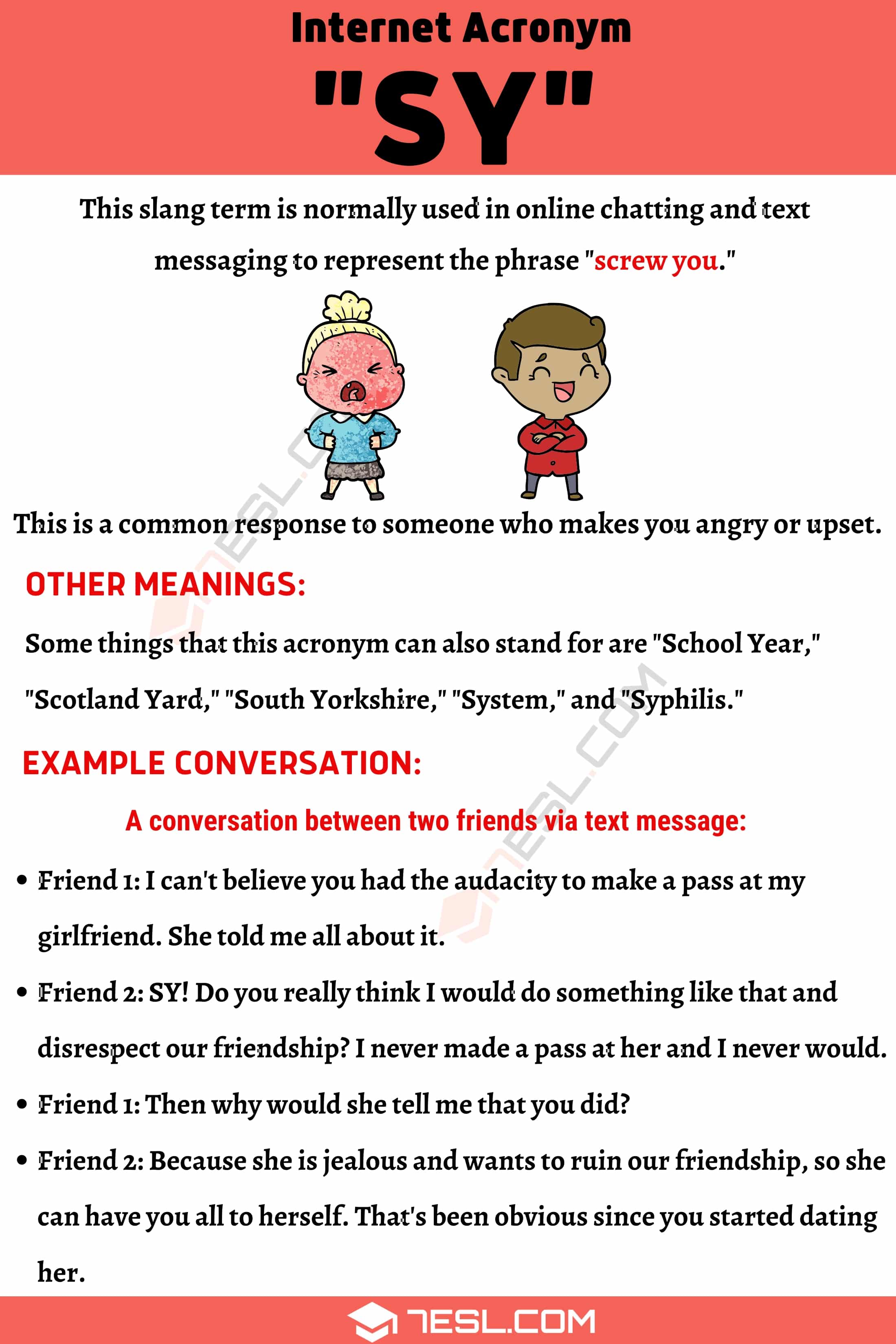