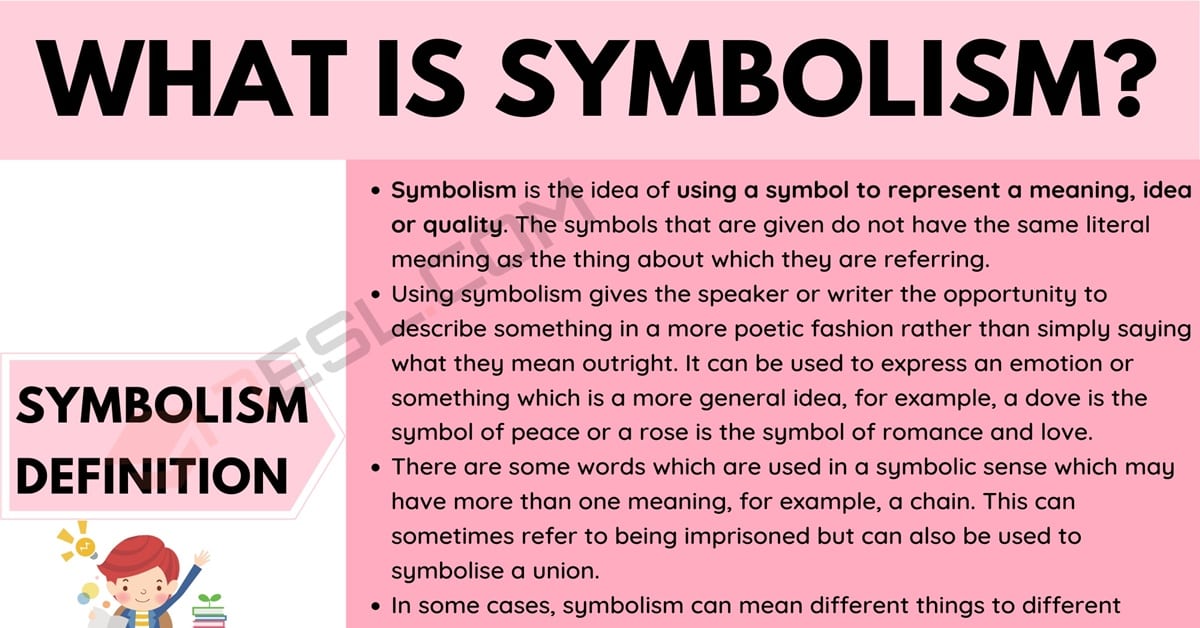 What is symbolism? In this article, we are going to look further into what symbolism is and how it can be used in conversation and writing. We will take a look at some examples in order to further see how it can be applied to the everyday language.

Symbolism is the idea of using a symbol to represent a meaning, idea or quality. The symbols that are given do not have the same literal meaning as the thing about which they are referring.

Using symbolism gives the speaker or writer the opportunity to describe something in a more poetic fashion rather than simply saying what they mean outright. It can be used to express an emotion or something which is a more general idea, for example, a dove is the symbol of peace or a rose is the symbol of romance and love.

There are some words which are used in a symbolic sense which may have more than one meaning, for example, a chain. This can sometimes refer to being imprisoned but can also be used to symbolise a union.

There will be many times in which you may hear someone using symbolism during an everyday conversation. Let’s take a look at some examples of some of the things you might hear.

There are many uses for symbolism but one of the most common is within written words. Because of its poetic qualities, symbolism is a great way for an author to express the meaning behind something in a less literal way. Over the years, symbolism has been used in a wide variety of texts to hint towards an idea or quality.

We will now look at some examples of symbolism being used in various different written works. 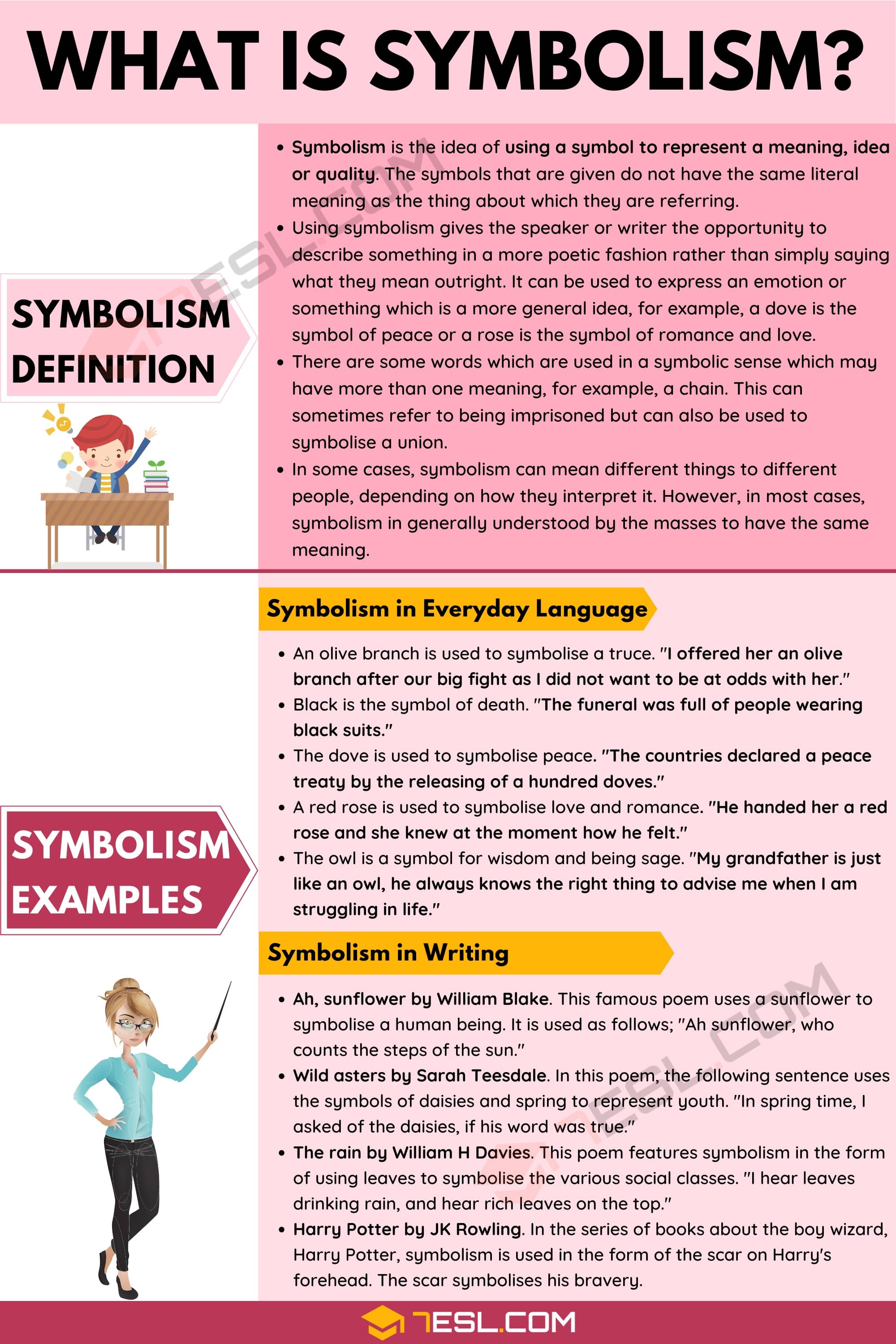