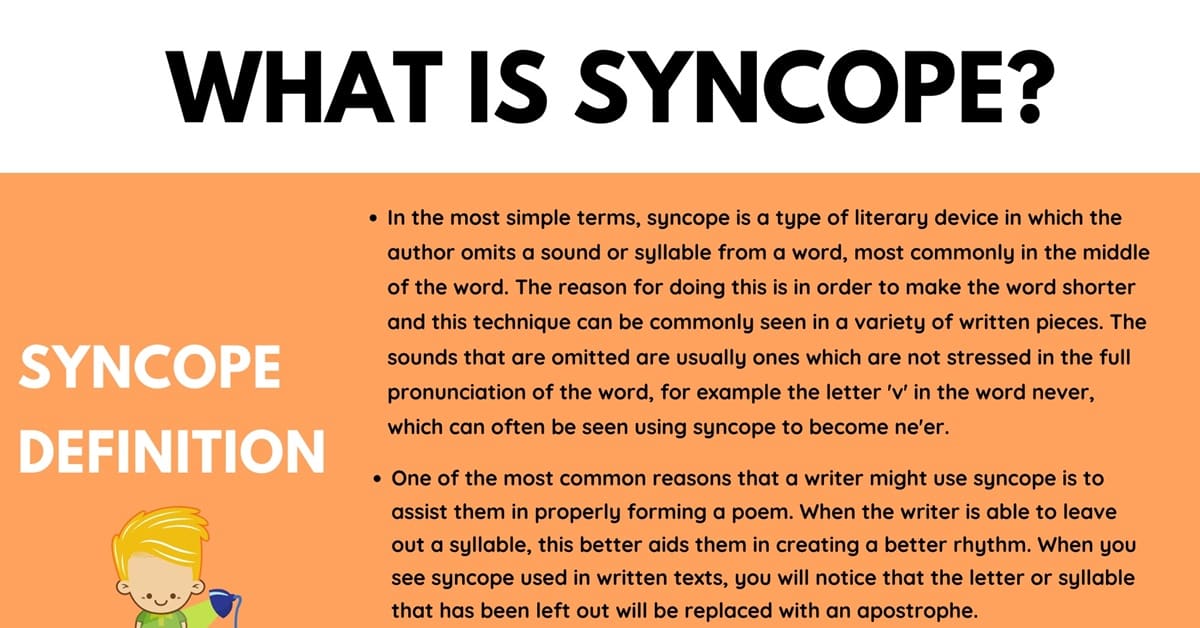 You may have heard of the concept of syncope and wondered what on earth it means. In this article, we are going to be taking a look at the meaning of syncope as well as how it is meant to be used. We are also going to explore some examples of times where syncope is used in a literary sense and in a spoken context. This will further our understanding of how it functions.

In the most simple terms, syncope is a type of literary device in which the author omits a sound or syllable from a word, most commonly in the middle of the word. The reason for doing this is in order to make the word shorter and this technique can be commonly seen in a variety of written pieces. The sounds that are omitted are usually ones which are not stressed in the full pronunciation of the word, for example the letter ‘v’ in the word never, which can often be seen using syncope to become ne’er.

One of the most common reasons that a writer might use syncope is to assist them in properly forming a poem. When the writer is able to leave out a syllable, this better aids them in creating a better rhythm. When you see syncope used in written texts, you will notice that the letter or syllable that has been left out will be replaced with an apostrophe.

However, syncope can also be used as a figure of speech and is quite commonly used in informal language, especially as part of local dialects in some areas where English in spoken. This is a perfect example of colloquial language. When syncope is used in spoken language, you will notice that in most instances, a vowel or vowels are omitted from the middle of the word, effectively shortening it.

Examples of Syncope In Literature

As we mentioned previously, syncope is a commonly used technique employed by writers in order to be able to gain the correct meter for their poetry and keep in rhythm. That being said, it is quite often used in works of fiction and non fiction especially in situations where the writer wants to show an authentic informal conversation between two characters or indeed add a more artistic flair to their narrative. We are now going to look at some examples of times when writers have used syncope in their work.

Examples of Syncope In Spoken Language

You are likely to come across the use of syncope in a variety of colloquial conversations in your day to day life. This is something which, unless you are paying attention to it, you might not notice. In spoken language, there are often many sounds omitted to create syncope. By looking at these examples, you will be able to better recognise the use of syncope when it is heard in daily conversations in English.

Syncope may initially sound like an intimidating concept that is hard to understand but it really is very simple. Syncope is simple the omission of a sound or syllable from a word in order to make it more informal in day to day speech.

When it is used as a literary device, syncope gives the writer the opportunity to make their poetry more rhythmic or to create an informal sounding conversation. 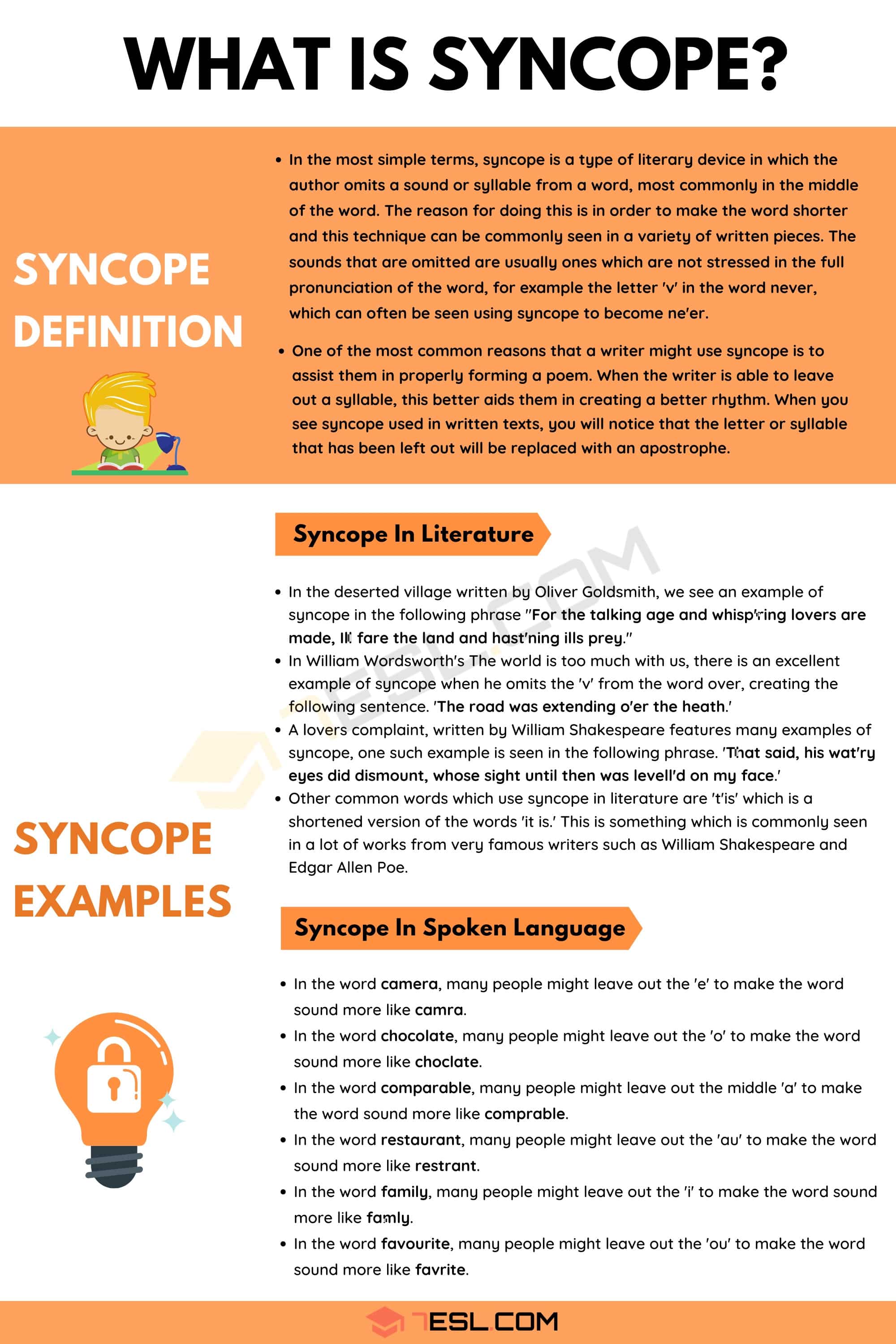