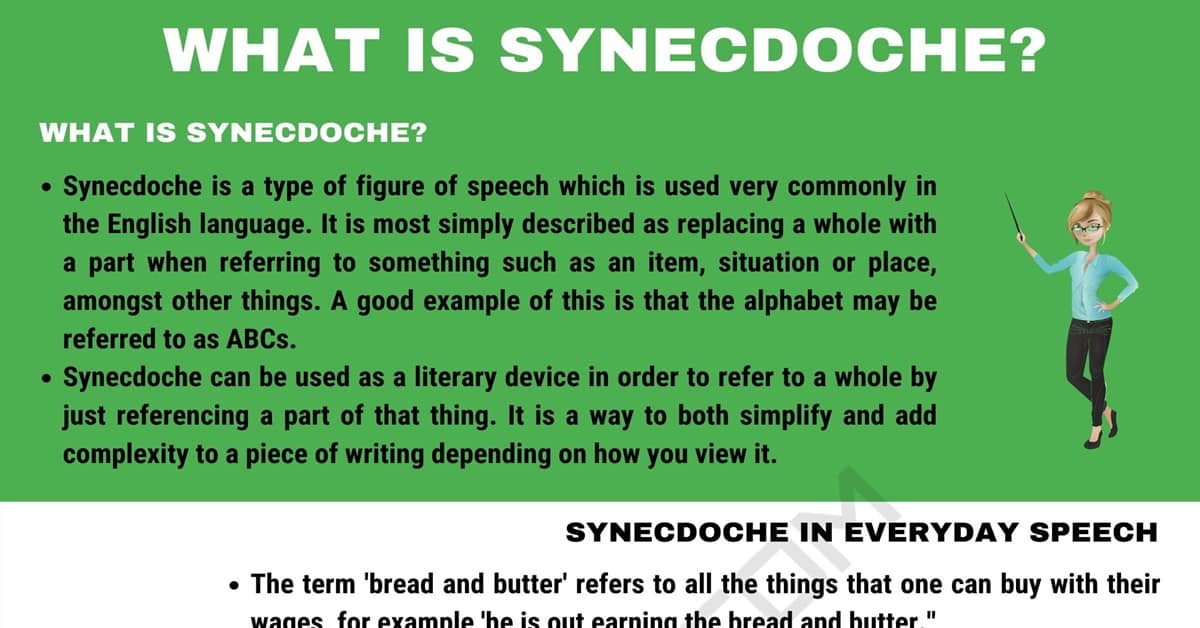 Synecdoche definition! There are many types of figurative language found when listening to spoken English or reading an English text. One of these types of language is called Synecdoche. But what exactly is synecdoche and how is it used? In this article, we are going to be looking at what synecdoche is and how it is used in both spoken language and as a literary device. We will also be looking at several examples of times in which synecdoche can be used in daily conversation and of times where it has been used in a written piece.

Synecdoche is a type of figure of speech which is used very commonly in the English language. It is most simply described as replacing a whole with a part when referring to something such as an item, situation or place, amongst other things. A good example of this is that the alphabet may be referred to as ABCs.

Synecdoche can be used as a literary device in order to refer to a whole by just referencing a part of that thing. It is a way to both simplify and add complexity to a piece of writing depending on how you view it.

Examples of Synecdoche in Everyday Speech

The use of synecdoche is clearly apparent in day to day spoken English, it can be heard frequently in a variety of conversations. We are now going to look at examples of common forms of synecdoche that you are likely to hear in a conversation.

Examples of Synecdoche in Written Language

In literature, we see many types of figurative language, and synecdoche is a good example of this. Writers will often use synecdoche in texts such as fictional stories, poems and songs. We are now going to take a look at some examples of times in which synecdoche has been used as a literary device.

In this article we have looked further into the meaning of synecdoche and how it can be used, by doing this we have discovered that this type of figure of speech uses a part of something to refer to the whole. This can be when talking about many things such as objects, concepts, places or people. Synecdoche is a very common type of figurative language and we can frequently see the use of it in both day to day conversation and within written works in literature. 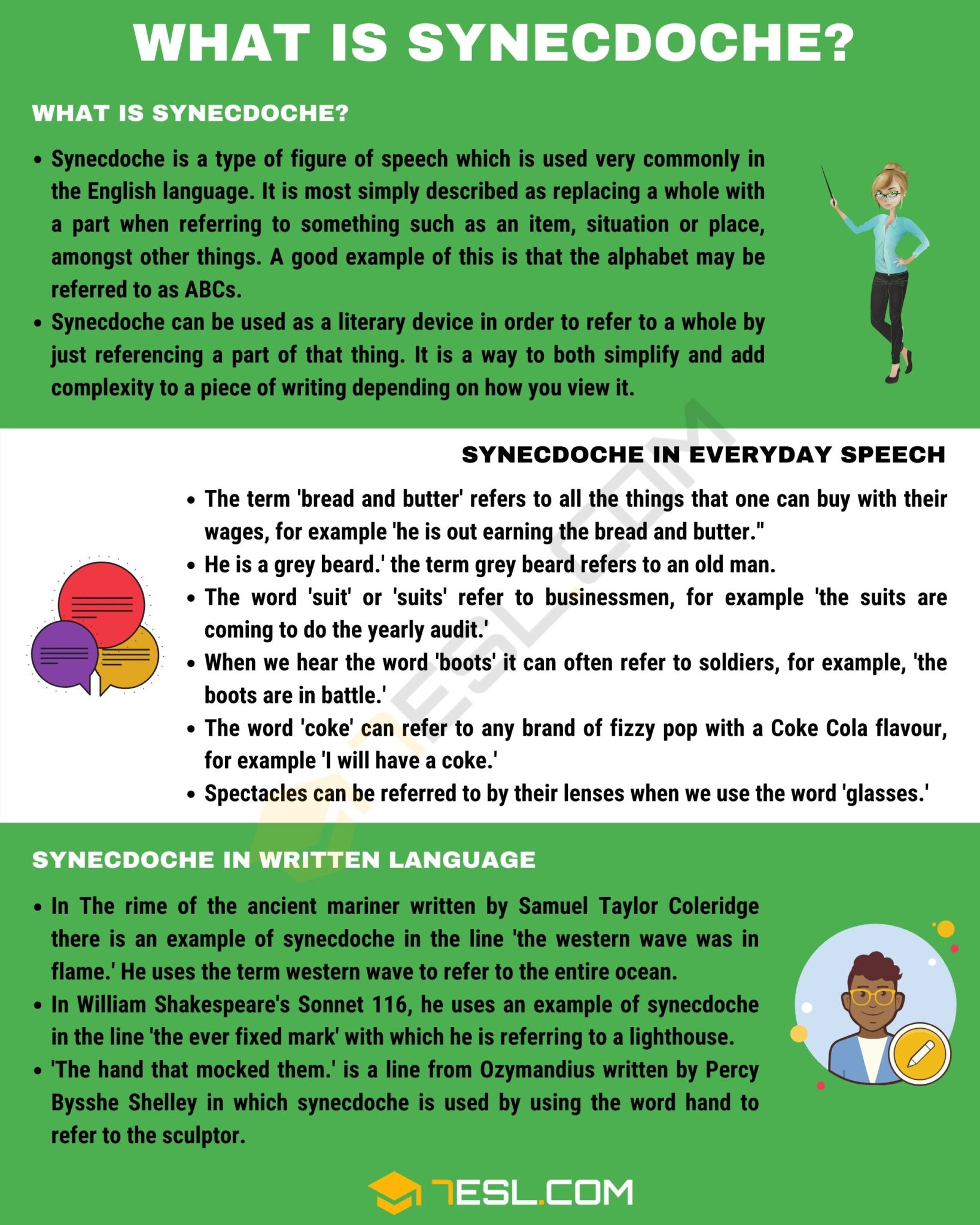