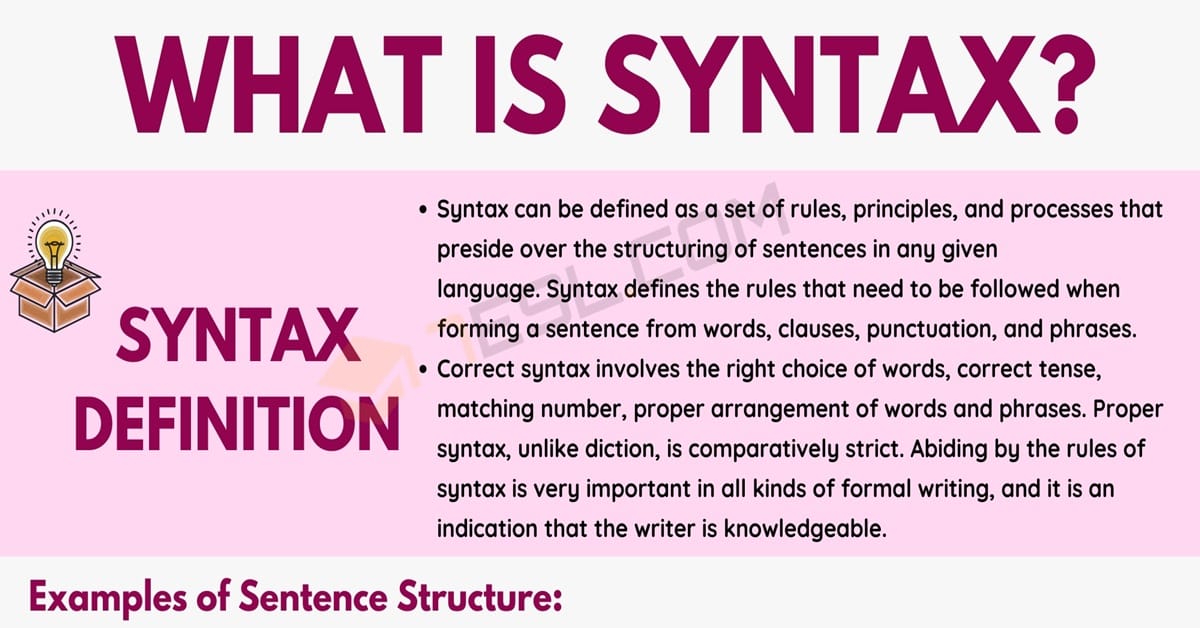 The syntax is a vital component of written language. Syntax defines the rules, principles, and the processes that need to be followed when structuring words, phrases, and sentences. The way you structure phrases and sentences determines the kind of content you will end up with. It is fundamental to structure your words and sentences in a manner that your readers will find it easy to read and understand. That is where syntax comes in.

Syntax can be defined as a set of rules, principles, and processes that preside over the structuring of sentences in any given language. Syntax defines the rules that need to be followed when forming a sentence from words, clauses, punctuation, and phrases.

Correct syntax involves the right choice of words, correct tense, matching number, proper arrangement of words and phrases. Proper syntax, unlike diction, is comparatively strict. Abiding by the rules of syntax is very important in all kinds of formal writing, and it is an indication that the writer is knowledgeable.

The syntax is more of a structure. The rules of syntax are aimed at bringing clarity and consistency in sentences. There are all sorts of common syntactical mistakes, and they are all easy to correct once the writer finds out what they are not doing right. For example:

Here the issue is the modifier being out of place. A modifier can be a phrase or a word that is designed to transform another portion of a sentence, in most cases, the subject. Misplaced modifiers make a sentence lack clarity since they could be transforming multiple subjects.

Consider yet another example:

The incorrect sentence does not have a subject. A sentence can only be meaningful if something or someone is performing the action it describes. It’s all about dependent and independent clauses.

Punctuation is the other area where writers commonly make mistakes. An example:

Improper punctuation is the primary concern here as it makes the sentence imprecise. The use of exclamation marks to split the words into two sentences makes it more readable and enhances the impact of the first sentence; in this case, “Come home tonight!”

The problem with this sentence is different from others, as it is a sentence fragment. Sentence fragment occurs when a sentence doesn’t express a complete thought. For instance, “Before we embark on our mission” is not a complete sentence. With the addition of “We need a break,” the reader can now understand the intent of the writer.

The following is another example of a sentence with a similar problem but needs to be addressed differently.

The first sentence is improperly structured. “We can’t embark on our mission” can be a complete sentence on its own; the only problem is that it is followed by a phrase that depends on it to express a complete thought.

The solution to an incomplete sentence is to link up the pieces instead of adding more information.

Inappropriate use of punctuation is the other issue that messes the syntax of a sentence. For example:

The first sentence, which is incorrect, does not make use of a comma to separate the words describing the room. At least one comma is needed to separate a group of three items. The room is disorganized, unclean, and filthy.

The rules of syntax are very flexible when it comes to the choice of words. This is the area where writers and learners easily make mistakes. For example:

As per the rules of the syntax, “To the city we are heading” is technical right, the only problem is that the phrasing is outdated.

Modern English only tolerates sentences in the order of object to subject to the verb and not vice-versa. This is an example of how the rules of syntax can change over time, and the objective of the writer should be to make communication as precise as possible.

The first sentence, which is incorrect, makes use of the wrong verb tense. It tries to show that something that was concluded in the past is still going on. “Was showing” may also mean that you may still be showing. The term “showed” is a simple past tense indicating that the event took place and is no more.

Syntactical issues can also arise as a result of mild little prepositions such as “to.” An example

The syntax is fundamental in any form of writing. Every piece of writing, including a thank you note, demands syntactical selections. The most crucial aspect of persuasive writing is to understand how to use syntax correctly. 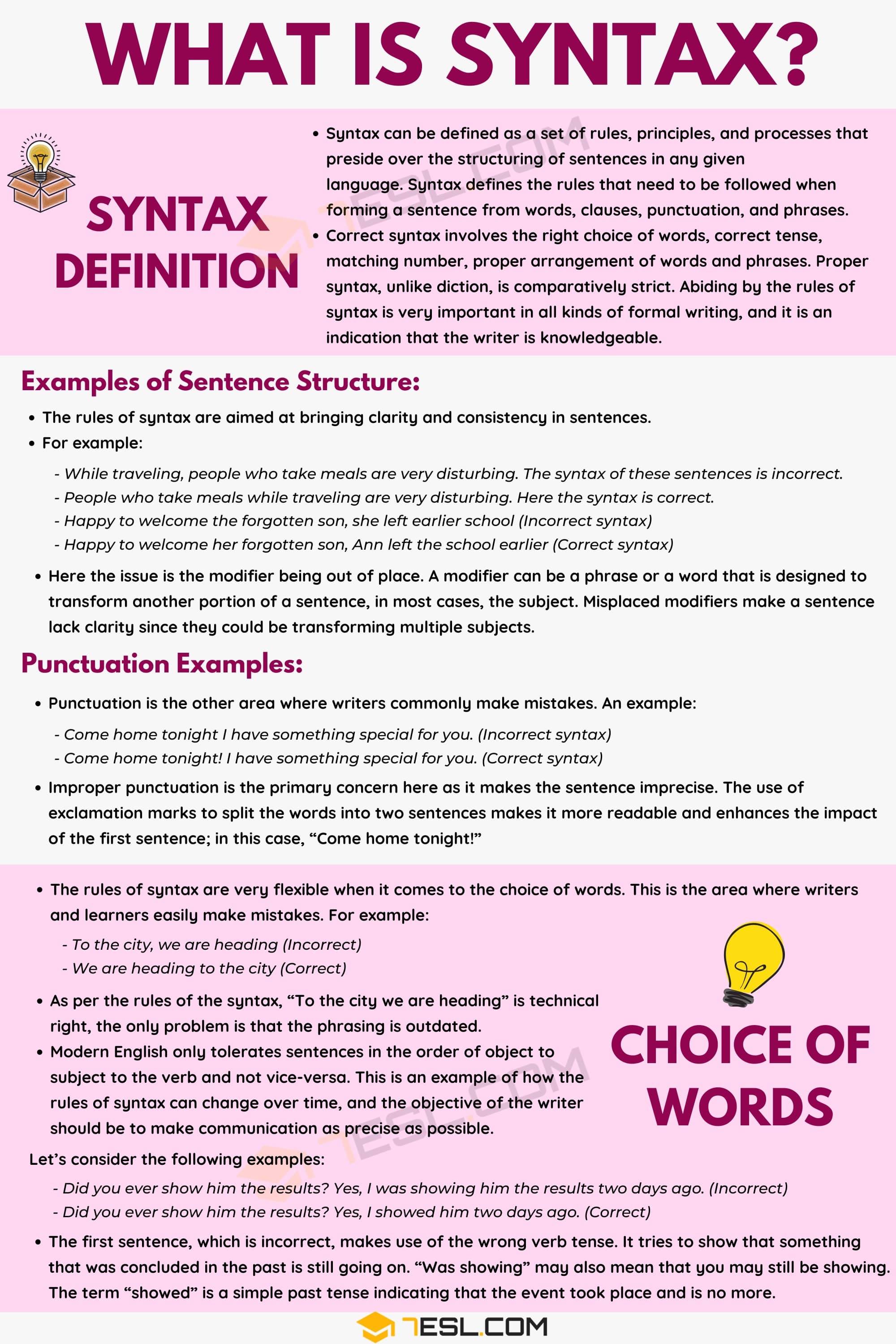 Thank you for an excellent grammar resource