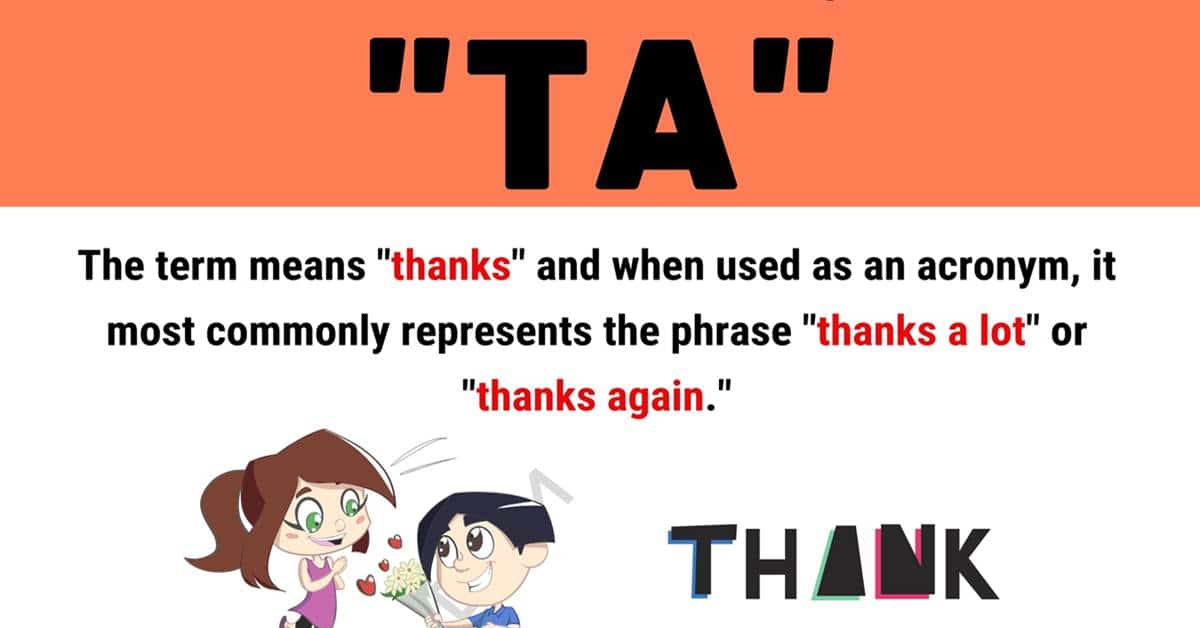 Chances are that if you live in England or Australia then you are already familiar with the term “ta.” Although mostly used as an acronym in the states, the term has the same meaning. However, you are most likely here because you are wondering what that meaning is. Fortunately, that information is contained herein. However, you will find more than the meaning here. You will also find the origin of the term and some other meanings. You will discover some example conversations so you can see the term used in context for better understanding. Finally, you will see some synonyms as well that you can use to replace this term in a sentence, all of which convey the same meaning.

What Does “TA” Mean?

This term can be used as a standalone term or as an acronym to mean the same thing. The term means “thanks” and when used as an acronym, it most commonly represents the phrase “thanks a lot” or “thanks again.”

This term has been used primarily in England and Australia since 1772. Since this time, it has been defined to mean a “childlike sound of saying thank you.” Although it began originally as a form of “baby talk,” adults began using it to express the same sentiment.

This slang term can also mean goodbye or when expressed twice back to back, as in “ta-ta,” it can mean “bye-bye.” On the periodic table, these two letters put together form the symbol for the element tantalum. When the term is used as an acronym, it can represent many things such as “teaching assistant,” “technical assistant,” “Trans Am,” “Transit Authority,” and “technical adviser.” This is just a small handful of the things that are represented when this term is used as an acronym. There are many more, but there are way too many to mention them all specifically here.

Other Ways to Say “TA” 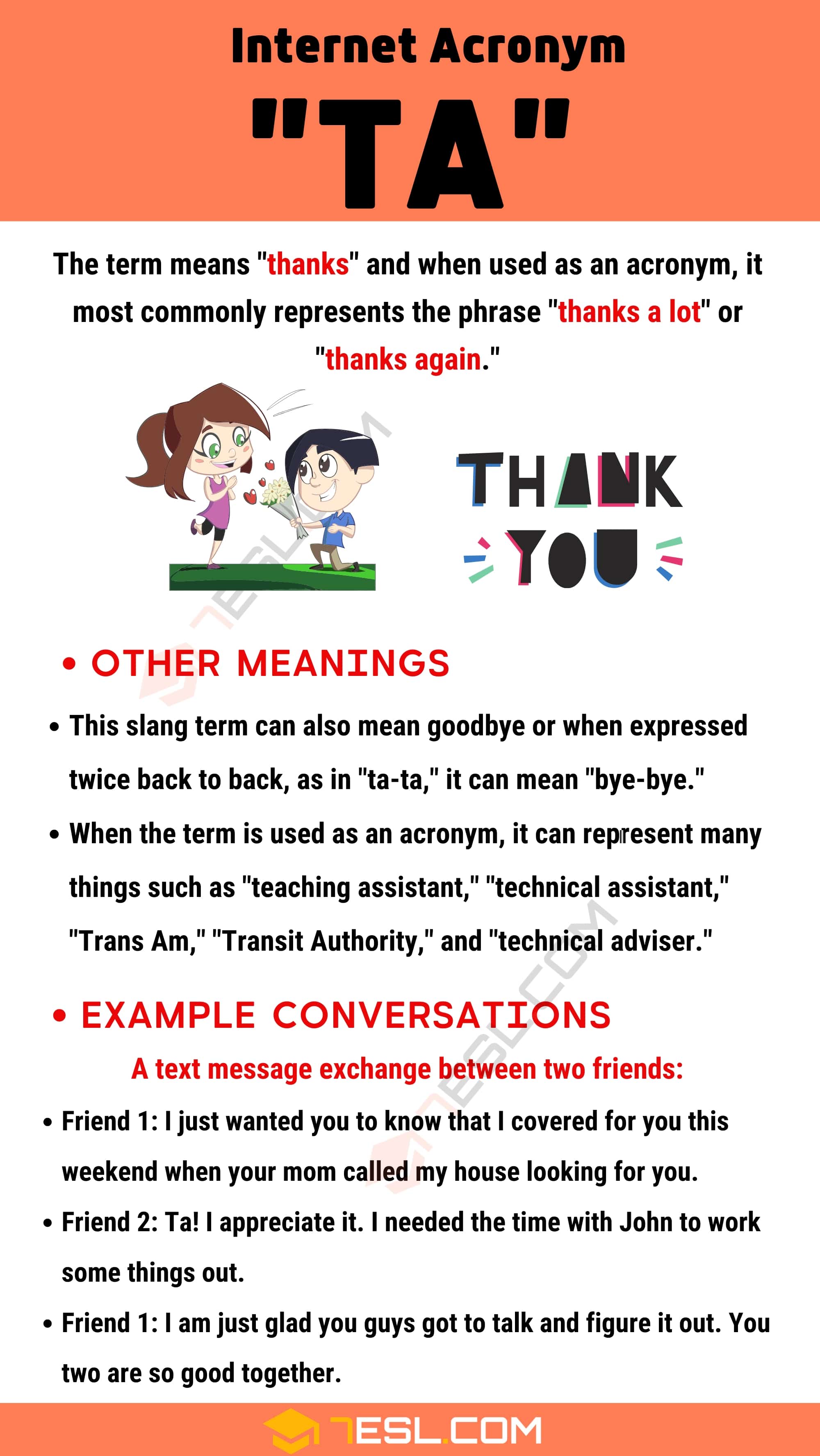