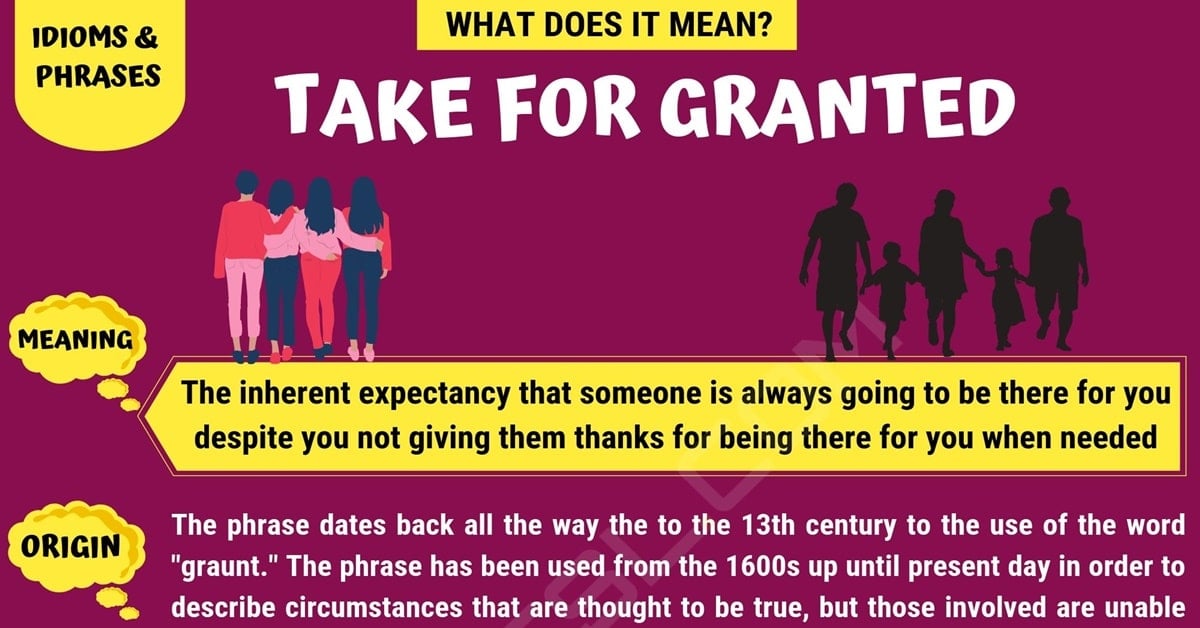 Take for Granted! Figurative language that is used in a popular phrase to express thoughts or feelings are known as idioms. In today’s every day use of language, many idioms are used on a daily basis. The idiom “take for granted” is one of the most popular idioms. Here you will find the meaning of the phrase, the origin of the phrase, examples of how it is used in every conversation/statements and other ways to convey the same meaning.

The meaning of the idiomatic saying “take for granted” is the inherent expectancy that someone is always going to be there for you despite you not giving them thanks for being there for you when needed. It is not giving the proper credit to a person when credit is due. The phrase can also be used to describe the way someone feels about a possession as well, such as when owning a car or house they don’t show appreciation for having.

The phrase dates back all the way the to the 13th century to the use of the word “graunt.” This word meant “to permit something or allow something.” The word was further defined as “recognizing something to be true.” The phrase has been used from the 1600s up until present day in order to describe circumstances that are thought to be true, but those involved are unable to provide proof that it is true.

A news reporter sharing a story on television.

A quarterback talking about his wide receiver.

A conversation between two best friends.

Other Ways to Say “Take for Granted”

There are many other ways that “take for granted” can be conveyed using less figurative language, some of which include: take advantage of and you are so ungrateful. 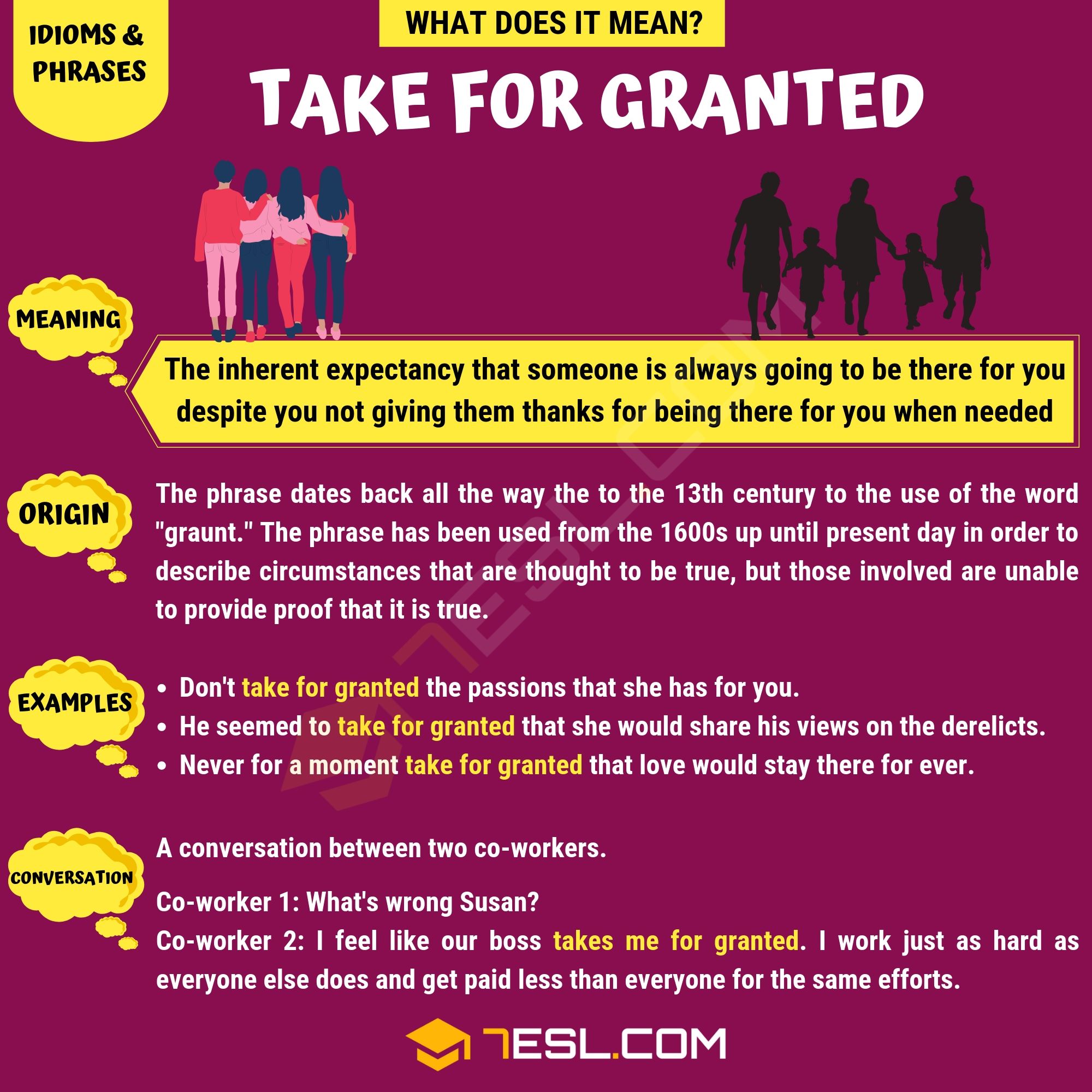