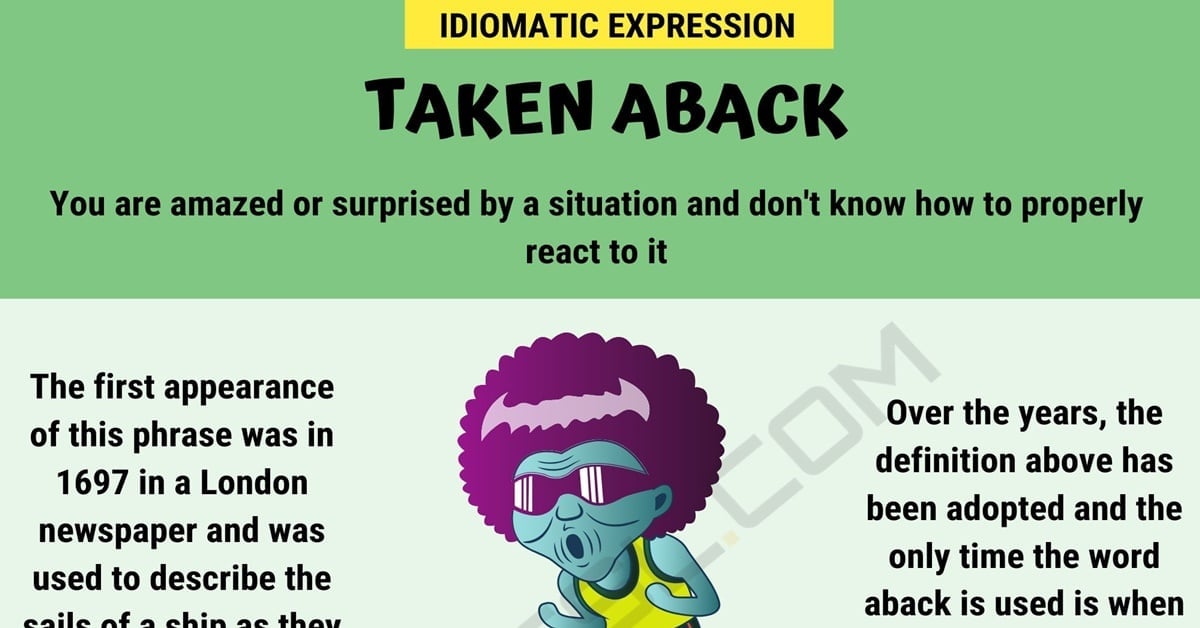 The phrase “taken aback” is heard and seen quite frequently in everyday conversations and writing. Here you will find the meaning of this phrase and some information about its origin. You will also find some examples of how to properly use the phrase in conversations/statements and find some other ways to say the phrase, yet still convey the same meaning.

The phrase “taken aback” means that you are amazed or surprised by a situation and don’t know how to properly react to it.

The phrase “taken aback” is a combination of two words. Aback was once two separate words that were merged into two to mean a backward movement. The first appearance of this phrase was in 1697 in a London newspaper and was used to describe the sails of a ship as they caught the wind. Over the years, the definition above has been adopted and the only time the word aback is used is when stating this phrase.

A statement by a celebrity when being interviewed at a charity event about the donation of another celebrity.

A statement made by a high school football coach when being interviewed a few days after a big game.

A conversation between a woman and a homeless woman on the street.

Other Ways to Say “Taken Aback”

There are many ways that the idiomatic saying “taken aback” can be said in order to convey the same meaning. Some of the other things you could say include: 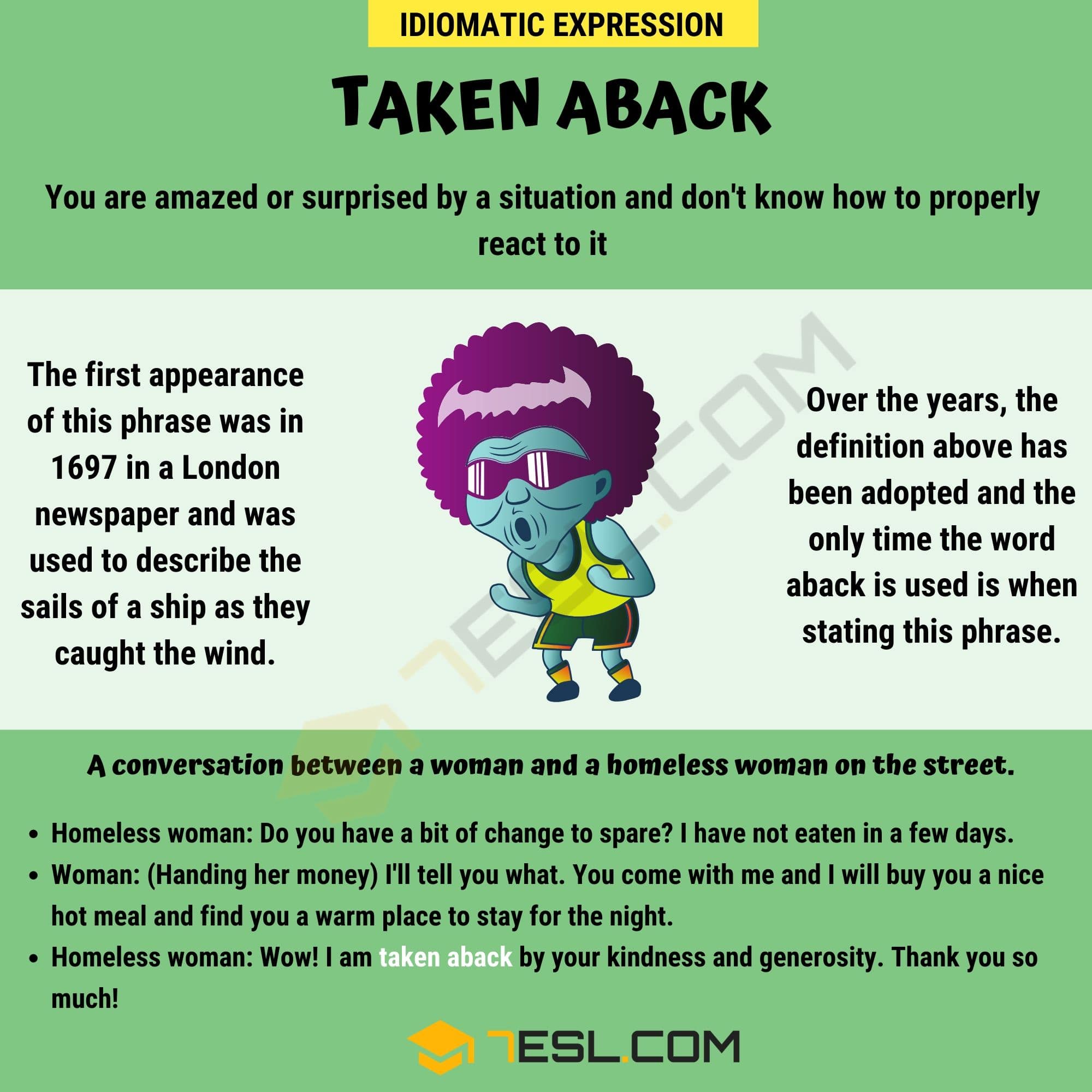