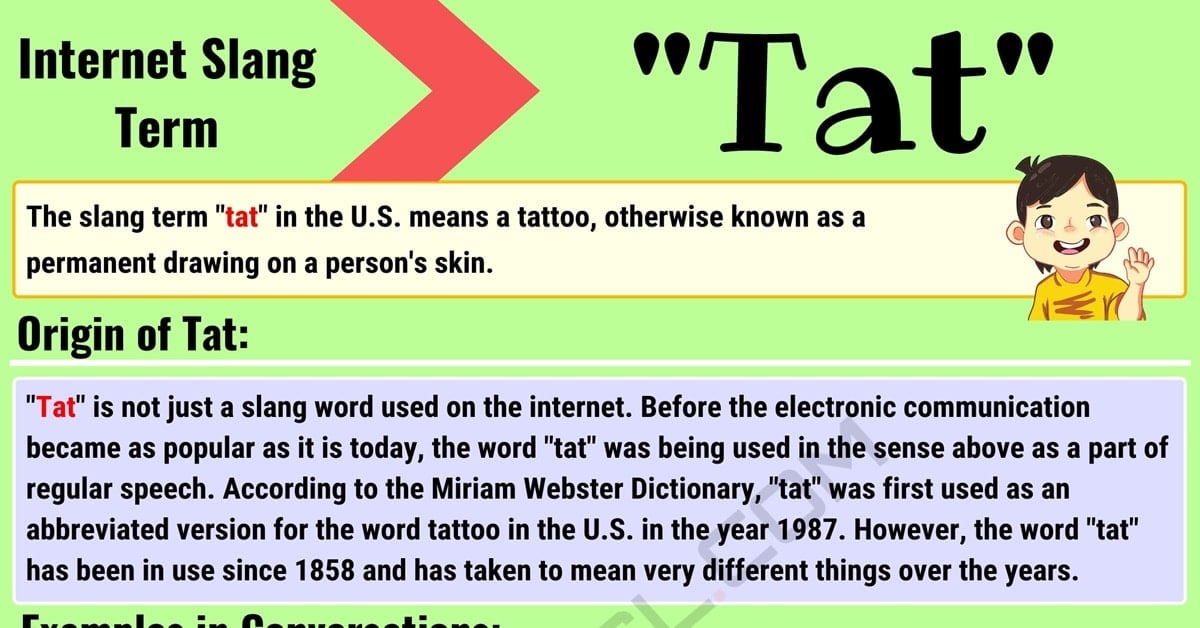 The term “tat” is a form of internet slang. The remainder of this article will help you to learn how to use “tat” properly in everyday informal conversation. First, you will find this term defined, followed by the information available regarding its origin.

Then the article will highlight other possible meanings if there are any, provide some conversation examples so you can see how “tat” is used properly in forms of communication and, finally, suggest different ways this term can be said to convey the same meaning.

What Does Tat Mean?

The slang term “tat” in the U.S. means a tattoo, otherwise known as a permanent drawing on a person’s skin.

“Tat” is not just a slang word used on the internet. Before the electronic communication became as popular as it is today, the word “tat” was being used in the sense above as a part of regular speech. According to the Miriam Webster Dictionary, “tat” was first used as an abbreviated version for the word tattoo in the U.S. in the year 1987. However, the word “tat” has been in use since 1858 and has taken to mean very different things over the years.

The term “tat” was first used in 1858, as mentioned previously. When first used, the meaning of this word was to work or make something by tatting. During this time, tatting was the artform of knitting intricate patterns from lace with knots and loops. In 1985, the term “tat” was used to describe a protein made in by a virus in the body like HIV.

This protein is said to be responsible for replicating T cells and causing the virus to spread more rapidly. In 1995, the term “tat” became a verb through the use of U.S. slang and the words “tatting” and “tatted,” both terms associated with actively getting a tattoo or preparing to get a tattoo. In England, the term “tat” often refers to things that some people would call junk or worthless.

A text exchange between two friends in the U.S:

A text exchange between two friends in the U.K:

Some other ways you could say this abbreviated word and still convey the same meaning include:

It is important to remember that when using another word in this scenario, you pay attention to the context the abbreviation is being used to know which substitute word is appropriate in the situation. 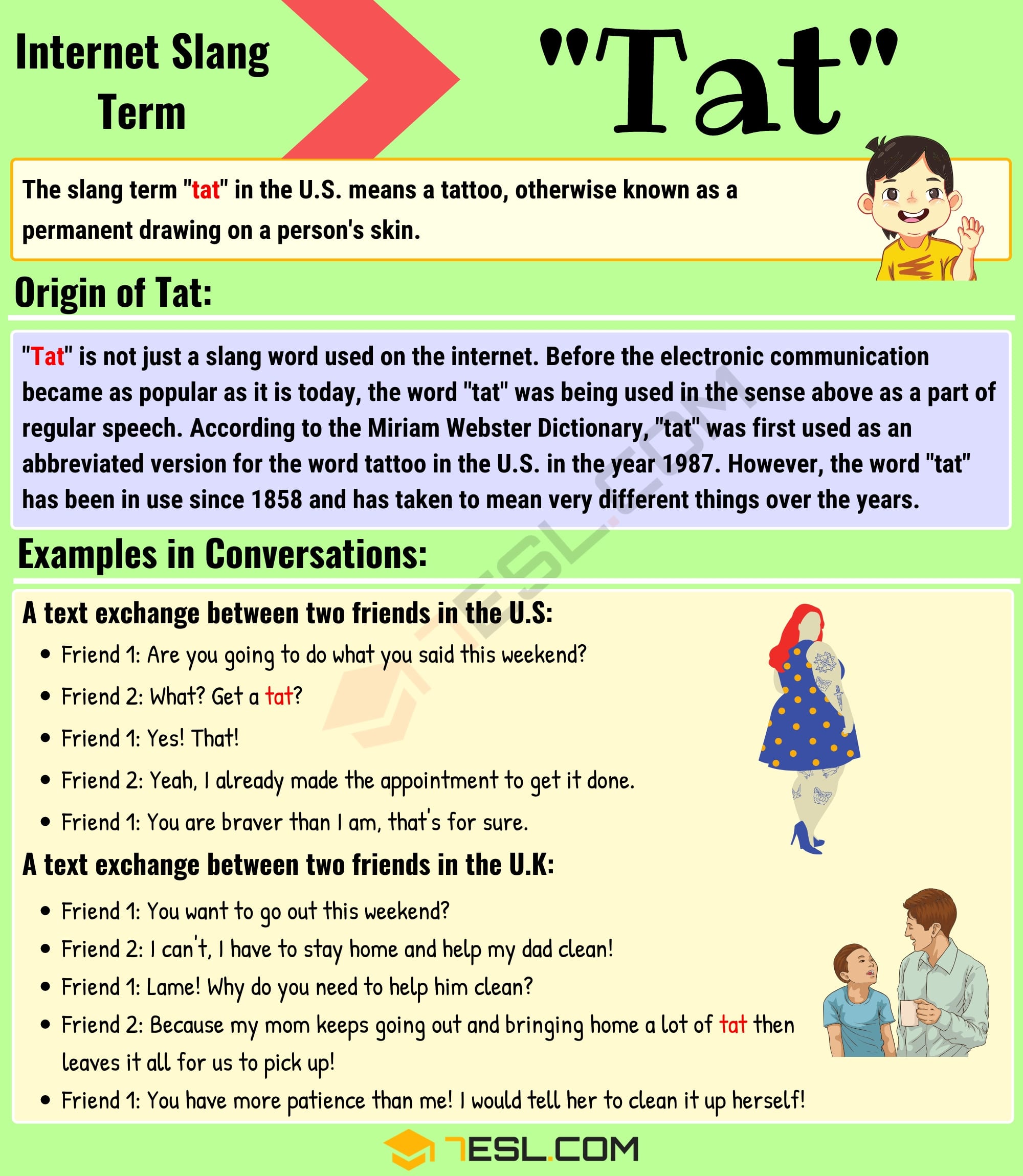