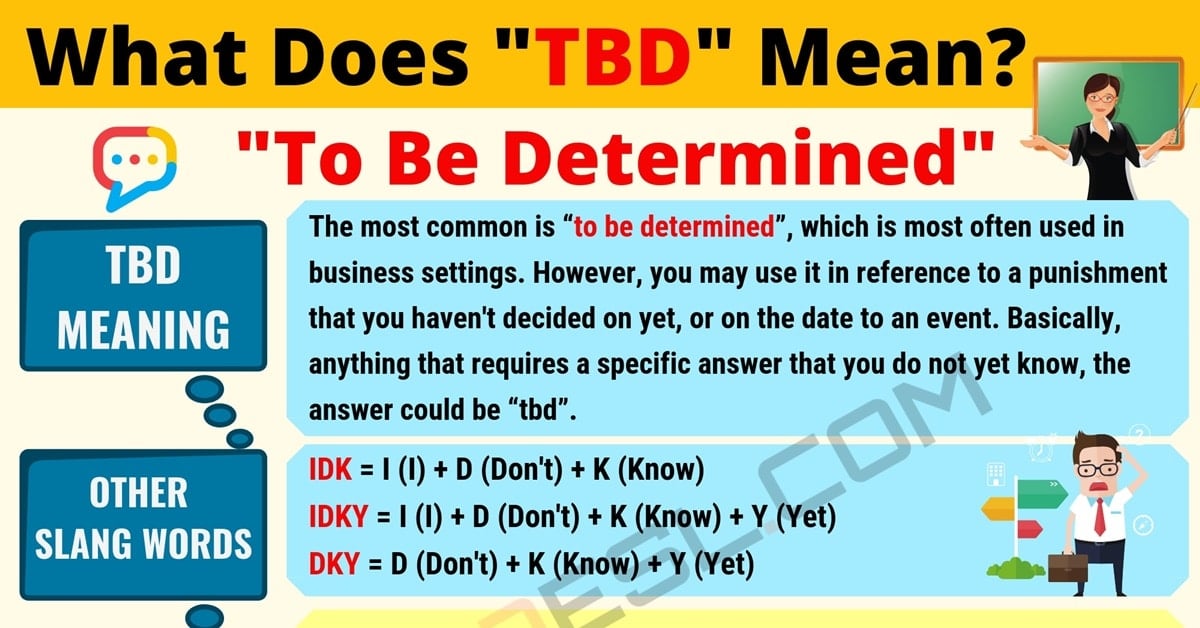 What is “TBD”? What does this texting abbreviation stand for? Learn the definition, usage and other meanings for the internet acronym with interesting conversation examples and ESL infographic.

What Does TBD Mean?

“TBD” stands for “to be determined”.

The most common is “to be determined”, which is most often used in business settings. However, you may use it in reference to a punishment that you haven’t decided on yet, or on the date to an event. Basically, anything that requires a specific answer that you do not yet know, the answer could be “tbd”.

As just mentioned, “TBD” can mean a variety of things. The common theme is that the first two words stay exactly the same. Only “D” becomes a new word. These are: “to be decided”, which is more casual than determined and would be more appropriate for a conversation between friends than with coworkers or a boss; “to be done”; and “to be deleted”, which is most likely to be used in internet forums or message boards more than a typical day to day conversation. In addition, TBD is a television network that focuses on internet-based content and series, aimed at millennials. It is a subsidiary of the Sinclair Broadcast Group and ran by Junkin Media.

Here are some examples of how this internet slang word might be used.

Example 1 with “TBD” meaning “to be determined”

Example 2 with “TBD” meaning “to be decided”

Example 3 with “TBD” meaning “to be done”

Example 4 with “TBD” meaning “to be deleted” 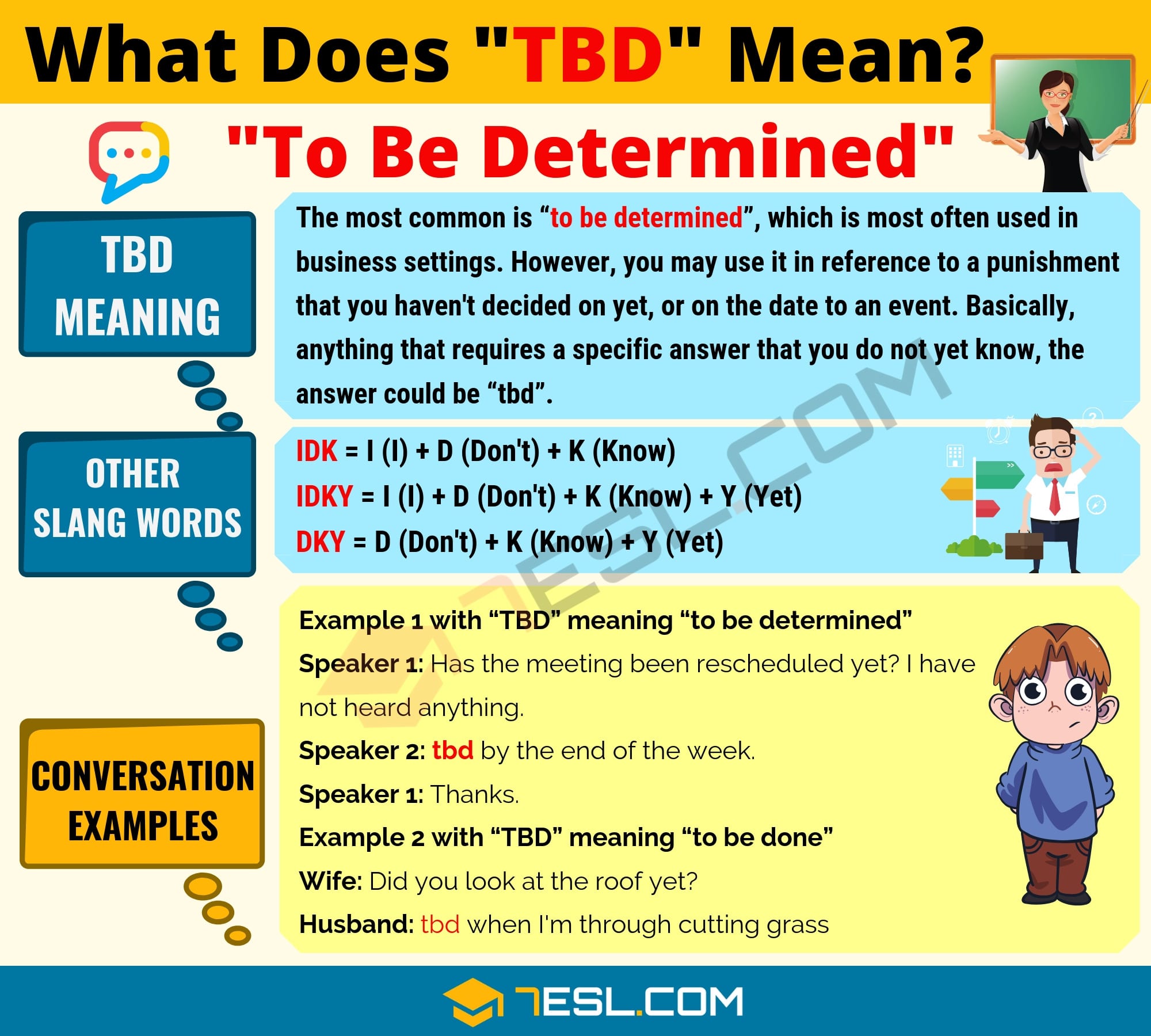 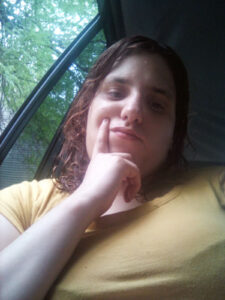