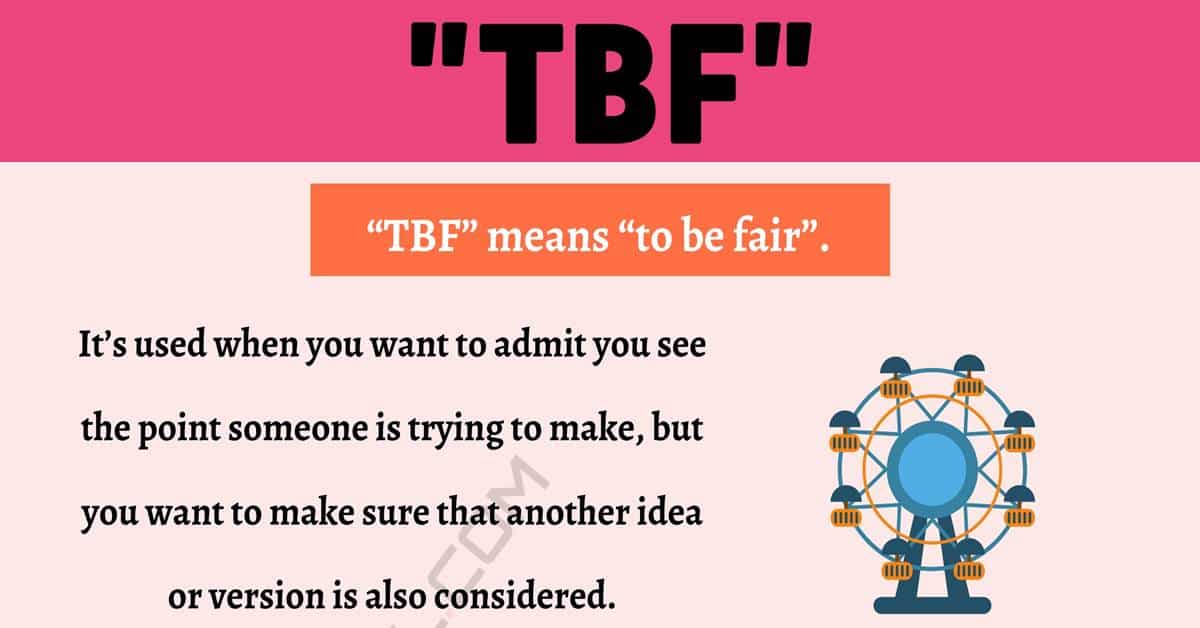 What does the slang abbreviation TBF mean? Sometimes, you may want to play the devil’s advocate when you hear a story or have to defend yourself against an unfair claim. We’ve all been there. There may be times when we can see both sides of the picture, while other times, we can’t wrap our minds around anything but our own personal opinion. In these situations, “TBF” works great.

What Does TBF Mean?

“TBF” means “to be fair”. It’s used when you want to admit you see the point someone is trying to make, but you want to make sure that another idea or version is also considered. It could be that someone is saying something bad about someone and you’re wanting to point out that it’s not all bad. Or it could be that you’re having to defend yourself against an untrue, or wild, claim.

Other meanings of “TBF”

“TBF” is one of those acronyms that has a lot of different meanings.

Example one using “TBF” as “to be fair”

This is a conversation between two students that I actually got from my daughter, who really did get into trouble with her report card because she doesn’t pay attention or do her work. And yes, she is now unofficially “dead” until her next report card. As long as her grades pull up, she can return to the land of technology. If not, she stays in the dark ages.

Zoey is using “to be fair” to point out that although the result is dire, it’s a fair grade because Kady did not fulfill the requirements she needed to get a good grade. Using “to be fair” is like playing devil’s advocate. You may not like hearing what someone has to say if they’re using “TBF” but they’re pointing out a fallacy that you haven’t noticed or refuse to accept. 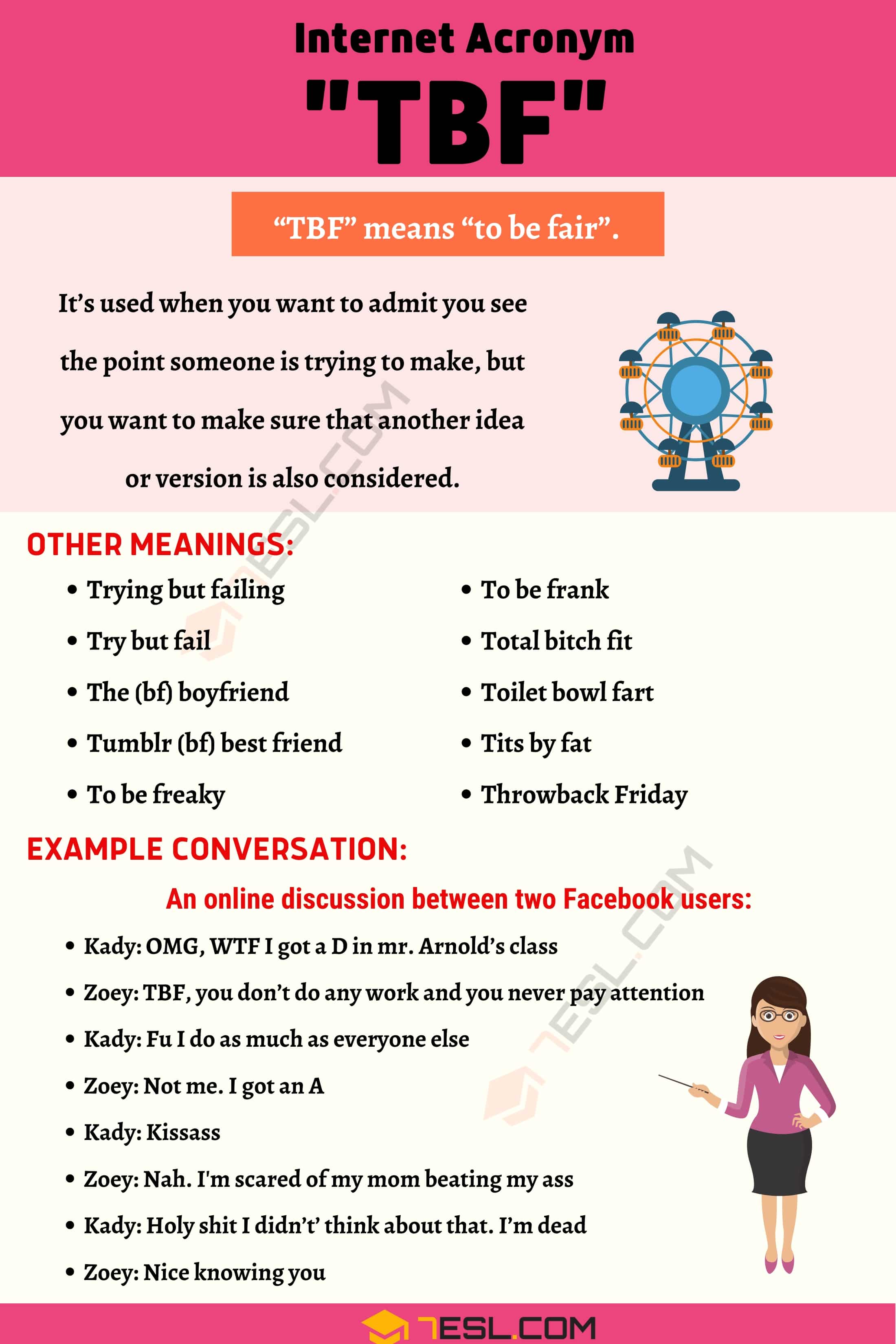