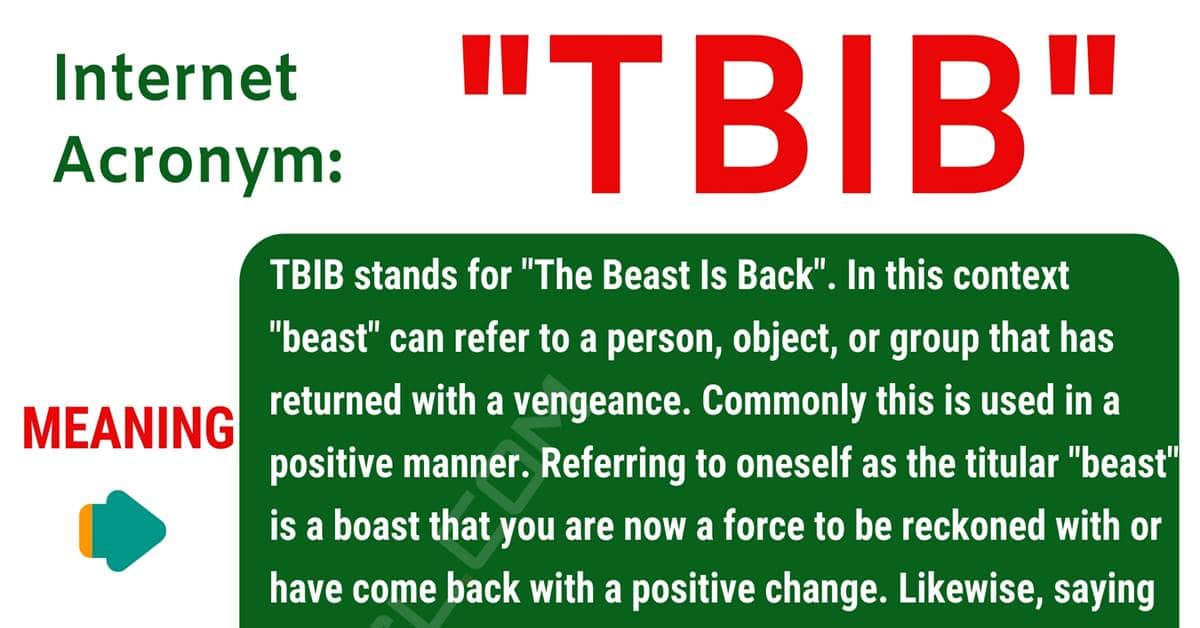 TBIB Meaning! TBIB  is an acronym for hyping oneself or a group of people like a sports team. In this lesson, you will learn how to use the acronym TBIB with definition and useful example conversations in English.

TBIB stands for “The Beast Is Back”. In this context “beast” can refer to a person, object, or group that has returned with a vengeance. Commonly this is used in a positive manner. Referring to oneself as the titular “beast” is a boast that you are now a force to be reckoned with or have come back with a positive change. Likewise, saying that a sports team is the “beast” means that they have new players or a coach and will be doing well this season.

TBIB originated sometime during the 20th century, likely during the 1980s. The most accepted theory is the slang originated among sports news cast who would declare players returning to the game after an absence as “the beast” and that opposing teams had something to fear with that player back. TBIB began to see common use throughout the 1980s and 1990s, still being used as a boast. While still seeing common usage during the 2000s, TBIB’s popularity skyrocketed with the advent of Twitter and the use of hashtags.

The other common usage of TBIB would be to stand for “The B**** Is Back”. Here the titular B**** can refer to a woman who is referring to herself in a positive manner , much like the slang “Bad B****”. The B**** can also be used negatively, normally as an ex-girlfriend or boyfriend who is regarded as a troublemaker. Lastly, “The” can be replaced with “That” to make “That B**** Is Back”.

“I saw on my wall that some of you were wondering where I was or if something happened to me. I can confirm I’m safe. Life has been rough for me, which is why I haven’t been posting as much. Don’t worry, things are looking up. That’s right, TBIB! I promise you I’ll be uploading more of my content now. Life has been rough but things are looking up for me! Thank you all for your support!”

Like all acronyms TBIB can be spelled with all lowercase or capital letters. Much like with “The B**** Is Back”, “The” can be replaced with “That” to make “That Beast Is Back”. 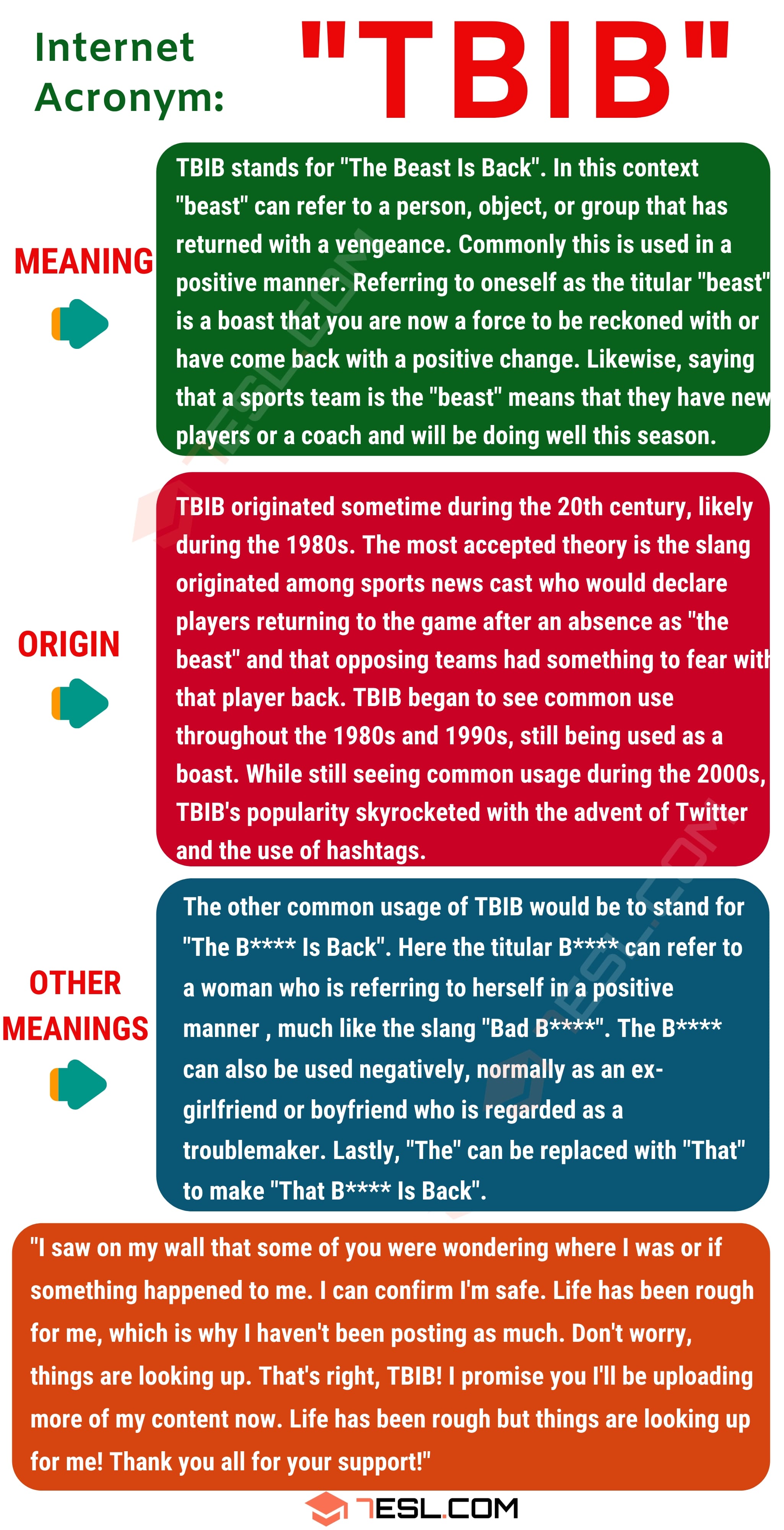