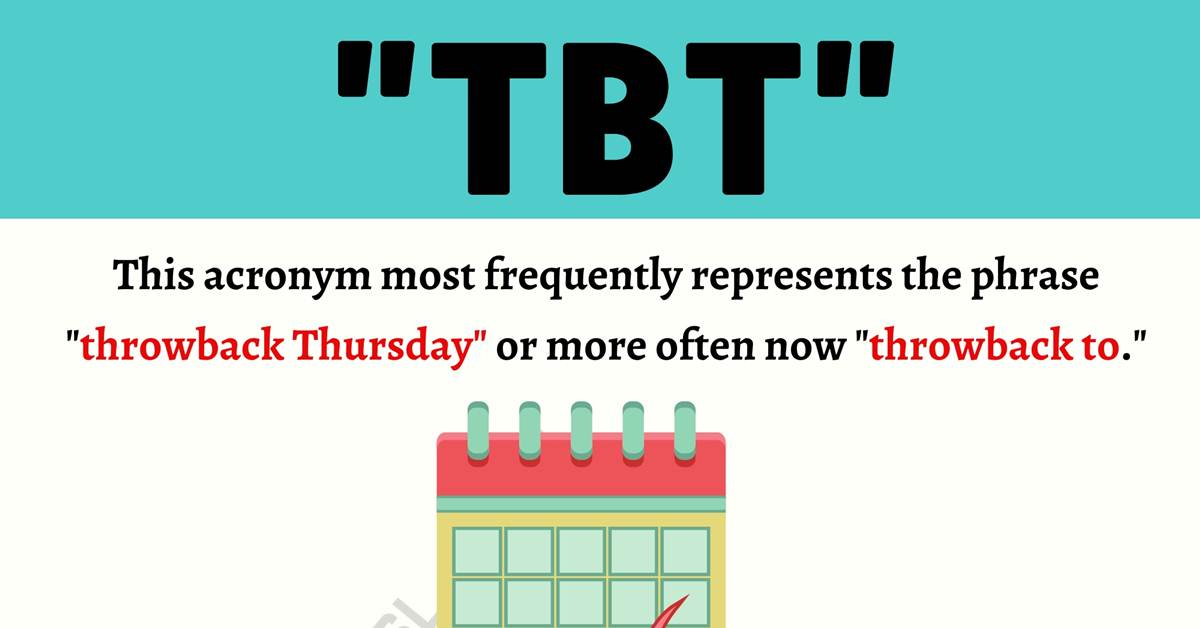 If you spend a lot of time on any of the popular social media sites, that probably explains where you saw the acronym “TBT” being used and started wondering about its meaning. If that is in fact what led you here, then you have reached the right destination. Here you will find the meaning of this term, the story of its most likely origin, and some other meanings if there are any. You will also see some example conversations that feature this term used in correct context to help you gain a deeper understanding of the term. Finally, you will see some synonyms that can be used in place of this term or the phrase it represents if it is possible to do so without changing the meaning.

What Does “TBT” Mean?

This acronym most frequently represents the phrase “throwback Thursday” or more often now “throwback to.”

The use of this acronym originated in 2006 on a blog called Nice Kicks. Sports Illustrated attributes the start of this acronym and the practice of posting old or nostalgic pictures because the blog had a segment on Thursdays where they would post pictures of old style basketball sneakers. The title of the blog post of that day was called Throwback Thursdays. As the use of social media spread, the term became widely used on all platforms including Twitter, Facebook, and Instagram specifically. The term, typically accompanied by a hashtag, became so popular that some people use the acronym at any point when they are posting an old picture referring to the second representation stated above.

As is the case with most acronyms, this one is no different in the sense that it can represent many other phrases, official titles, and other things as well. Some other things that this acronym can represent are “Technical Barriers to Trade,” “Turn Back Time,” “Truth Be Told.” “To Be Tested,” and “Technology Based Training.” These are just a few examples because there are entirely too many other meanings to mention all of them here.

Since this acronym represents something specific and the official name of a “holiday” of sorts, there are no alternative phrases that you could use to replace this acronym or the phrase it represents without changing its meaning in some way. 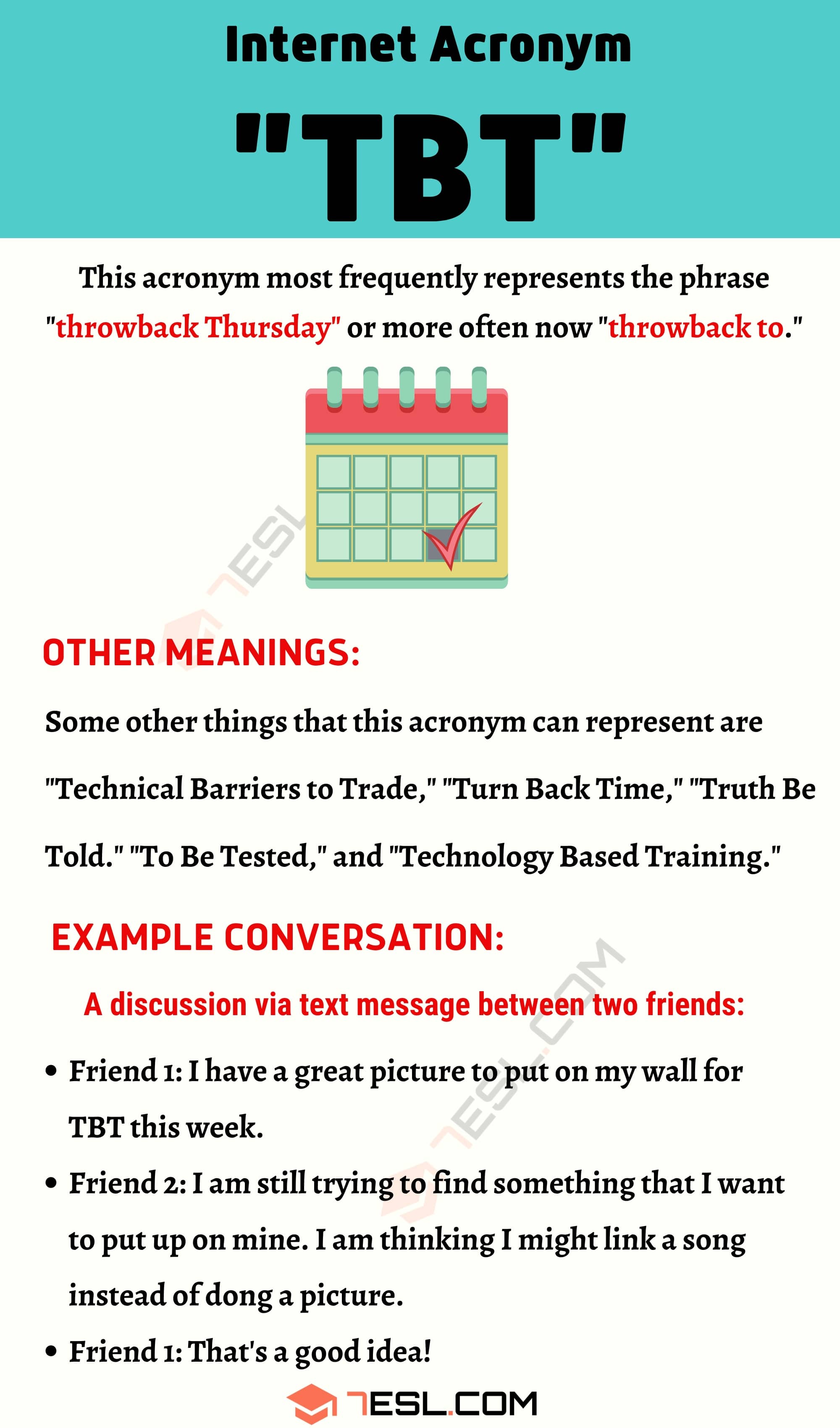