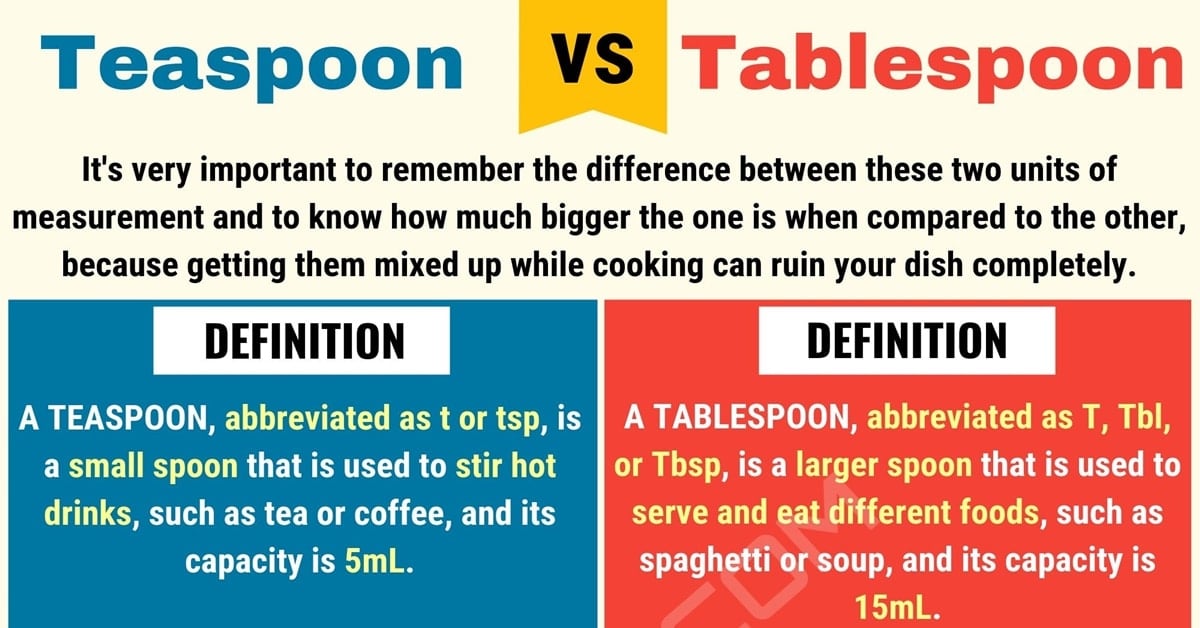 Teaspoon vs. tablespoon! If you’ve been cooking for quite some time, few things can make you worried around the kitchen, but if you’re just starting off, there’s a lot to be confused about. Teaspoons and tablespoons mentioned in a recipe are just one of these things. It’s very important to remember the difference between these two units of measurement and to know how much bigger the one is when compared to the other, because getting them mixed up while cooking can ruin your dish completely.

The good thing about teaspoons vs tablespoons is that they are units of measurement that are used in almost any recipe, no matter which part of the world it comes from. So, as long as you know the difference between them and keep in mind that three teaspoons can replace one tablespoon, you’re already on your way to preparing amazing food.

Adding the wrong amount of salt or of any other ingredient can make your dish look or, what’s even worse, taste bad. Thankfully, this is one problem that can easily be avoided if you memorize how to convert a teaspoon into a tablespoon and vice versa.

Difference between Teaspoon vs. Tablespoon | Picture 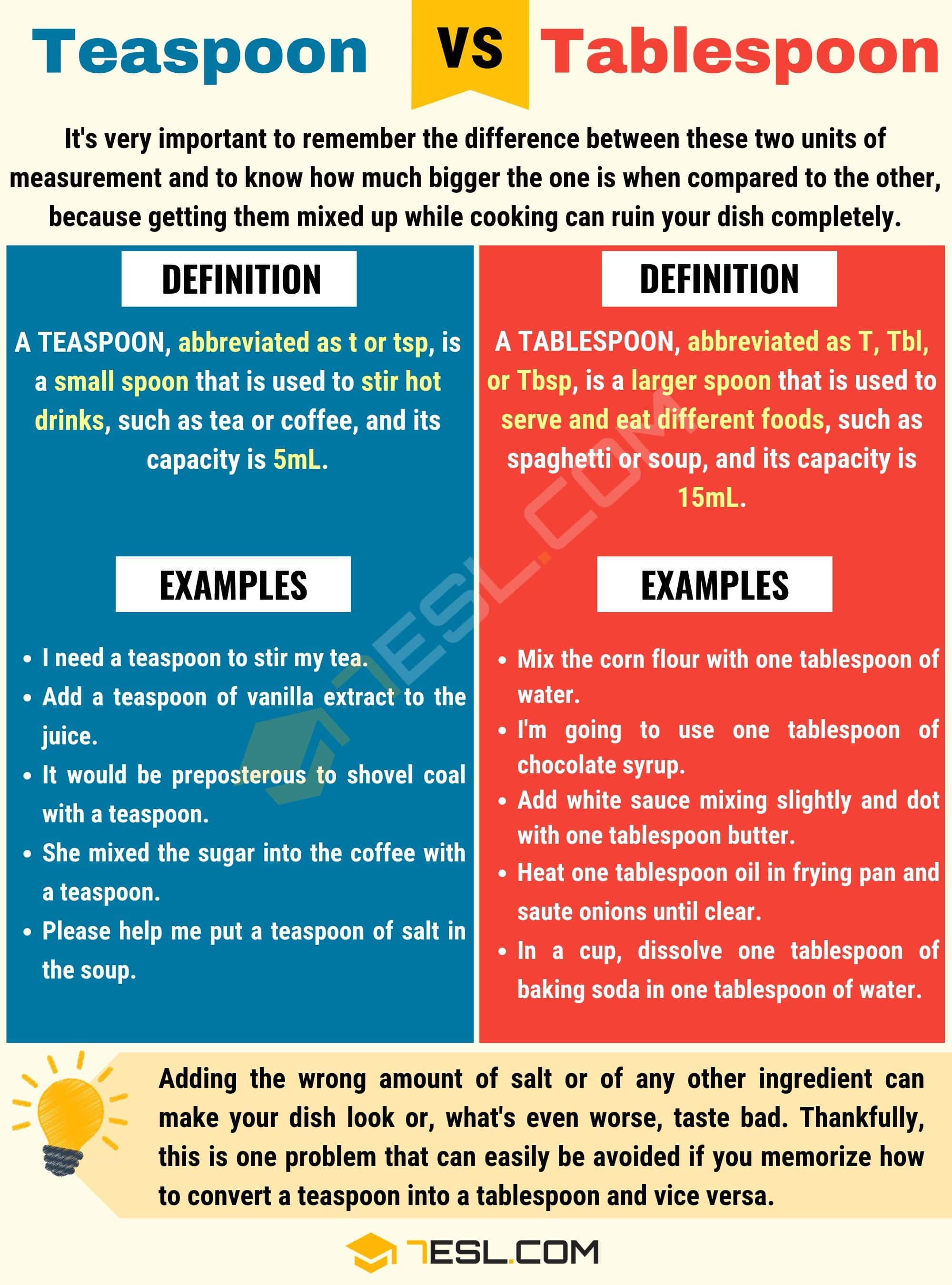 Teaspoon vs. Tablespoon: What’s the Difference?