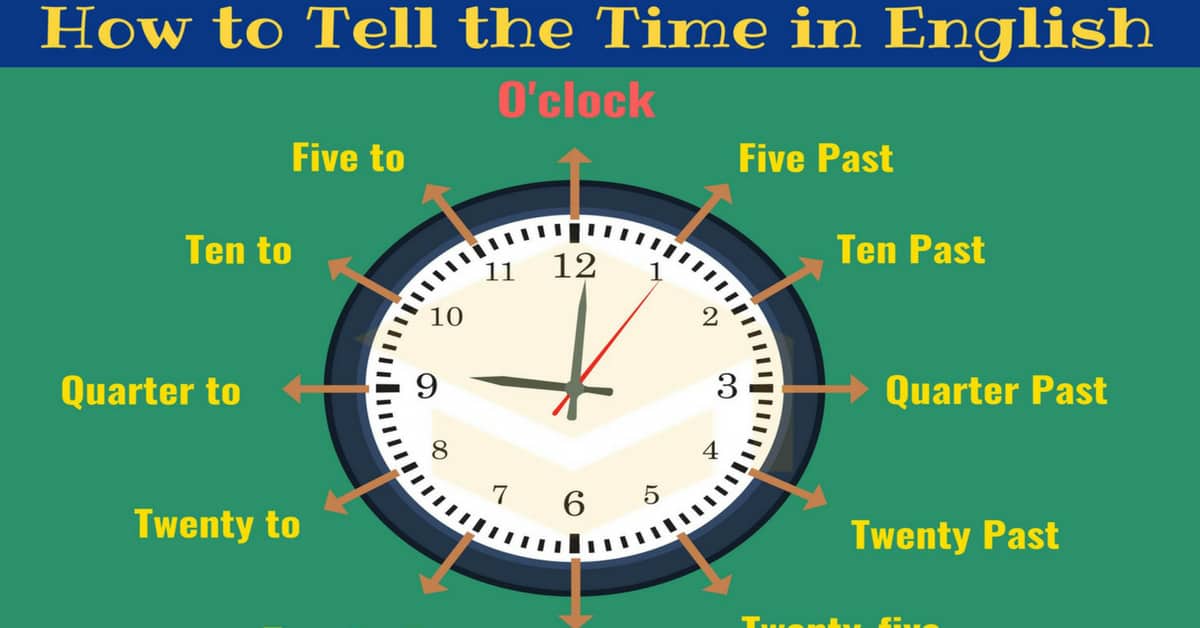 Tell the TIME! How to tell the time in English through pictures and examples. Learn these common expressions to improve your English speaking and enlarge your vocabulary words.

How to Tell the TIME

Common ways for asking the time:

More polite ways to ask the time (especially from a stranger)

The question forms we use to ask at what time an event will happen:

We use It is or It’s to respond to the questions that ask for the time right now.

We use structure “It is half past…” to give the time at half hours.

We use two forms of sentence for giving the time at quarter hours:

Giving the time at other hours

There are two ways for giving the time at other hours:

Use Past or To (Formal), for example:

We don’t normally use the 24-hour clock in English.

How to Tell the Time in English – Image 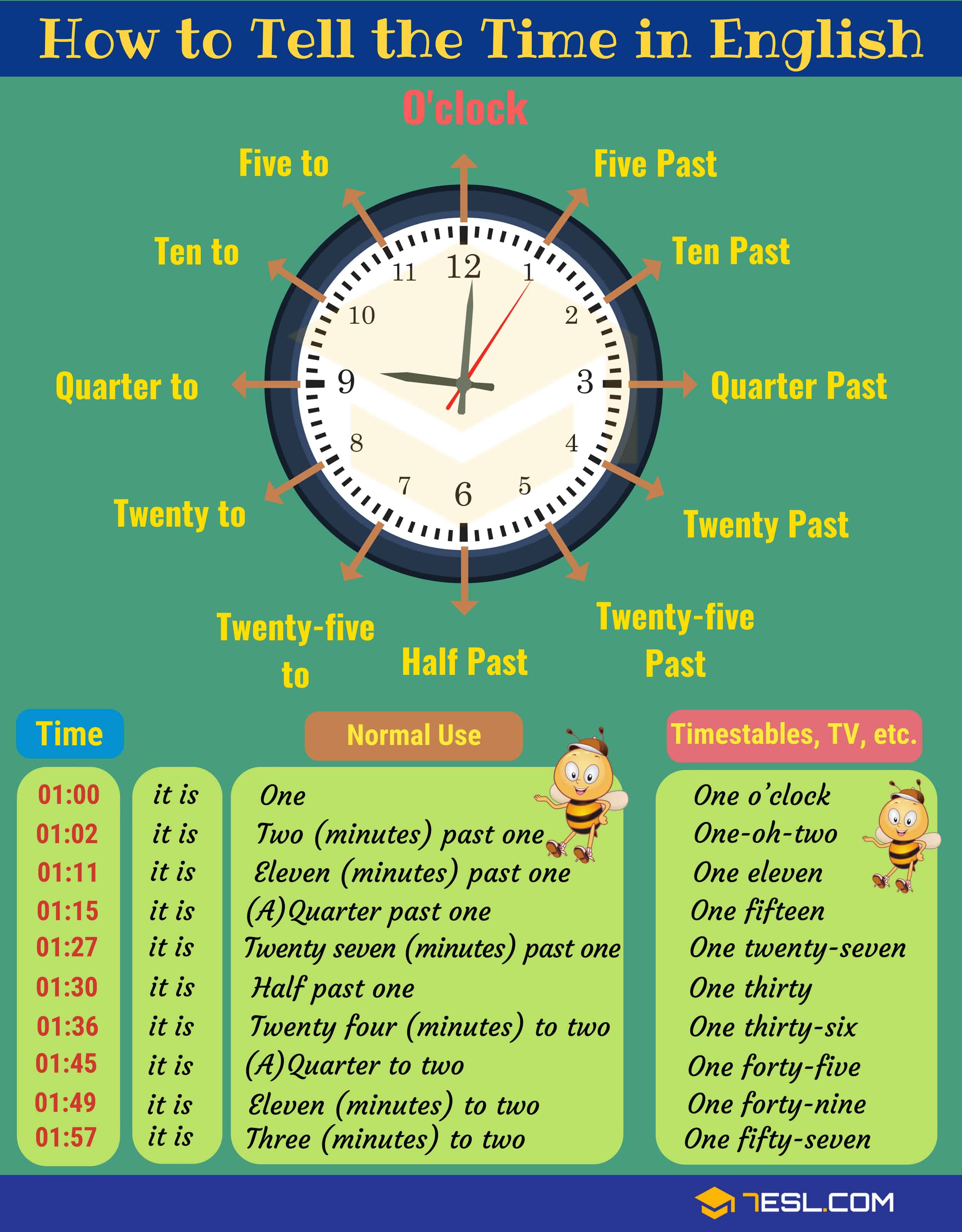 How to Tell the Time in English – Video

Thanks a lot of dear teacher.

Hello,
I want to thank you for all your pictures and images, they are fantastic.
With best regards,
Marzena Muszynska, Poland

Thank you for this useful, handy material. Take care.

I really impressed in this app..