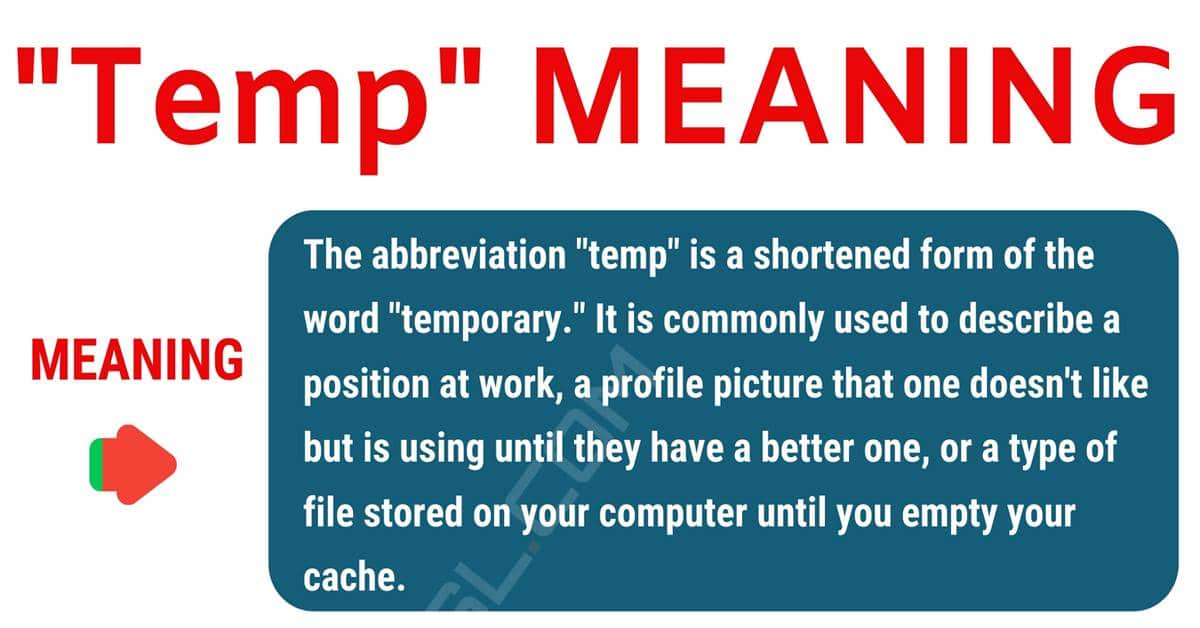 Nearly everyone is familiar with the abbreviation “temp.” However, if you are wondering what this abbreviation means, then you should take the time to fully explore this article. Here you will find the meaning of this abbreviation and discover its origin. You will also find other meanings if there are any that exist and see the term used in some example conversations so you can gain some further understanding by seeing the term used in the correct context. Finally, you will find some words or phrases that can be used in place of the term “temp” that will help you convey the same meaning.

What Does Temp Mean?

The abbreviation “temp” is a shortened form of the word “temporary.” The opposite of permanently, the term temporary is defined as something that is only present or available for a short period of time. it is commonly used to describe a position at work, a profile picture that one doesn’t like but is using until they have a better one, or a type of file stored on your computer until you empty your cache.

The term “temporary” originated in the mid 16th century from the Latin word “temporarius” meaning available for a short time. When chatting online and text messaging became popular, a lot of the phrases that are commonly used were reduced to acronyms and words were reduced to abbreviated forms in order to make texting and chatting faster, more convenient, and less time-consuming. This is how the word “temp” originated, first as a part of everyday speech and then as an abbreviation on the internet.

There are many words that you can use as a substitution for the word “temp” to still convey the same meaning. Some of the words or phrases you could use instead include: 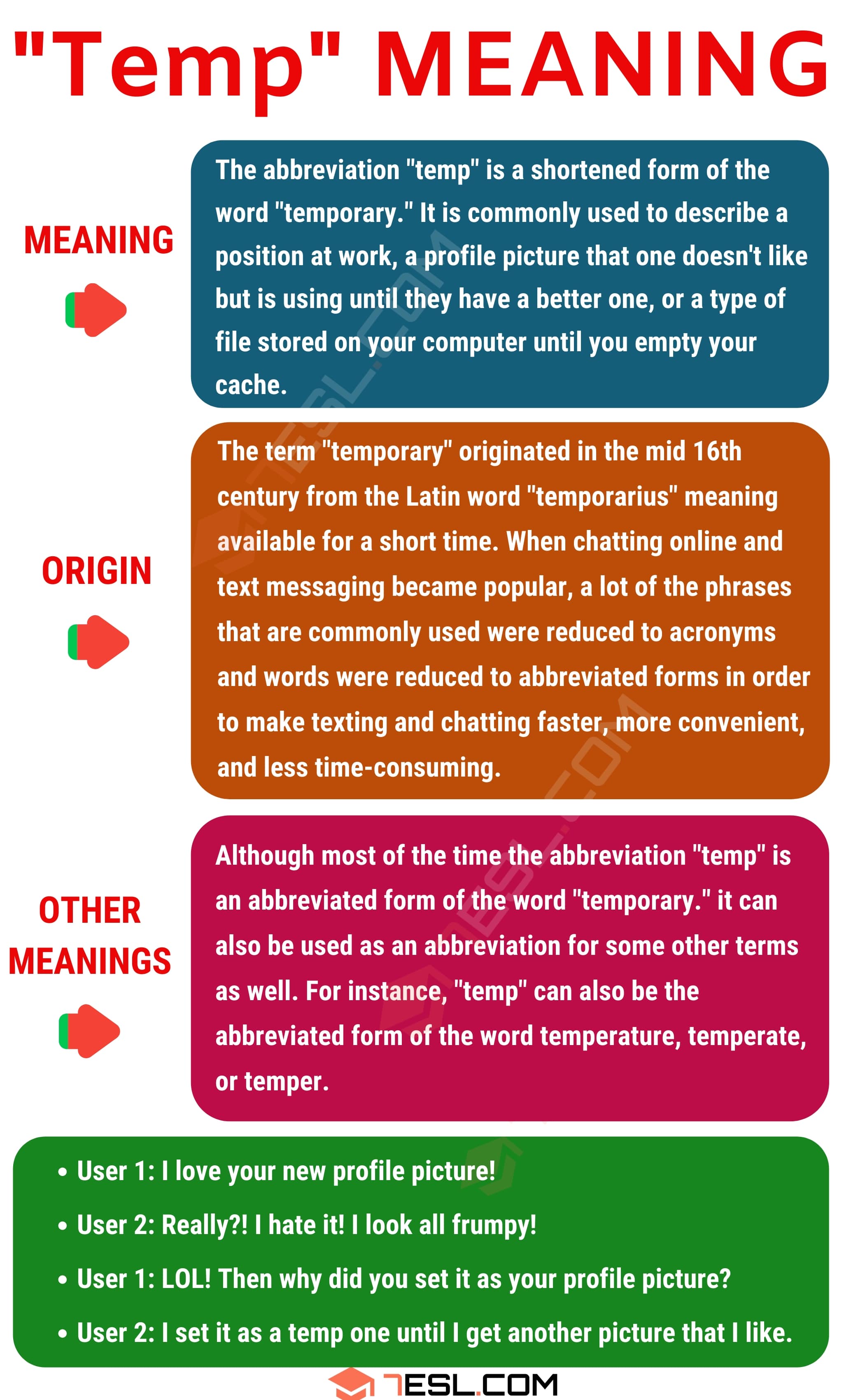