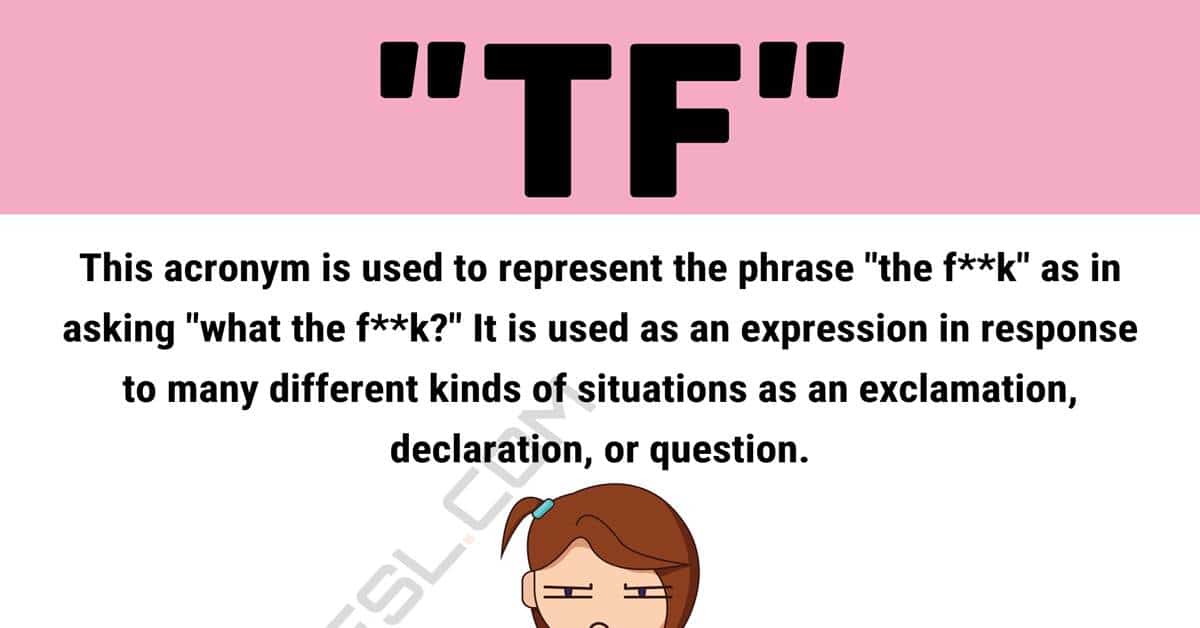 The acronym “tf” is frequently used online and in text conversations, so it would be odd if you had never seen it before. However, chances are you have only recently encountered this acronym and your search for its meaning has led you here. Fortunately for you, this is a great thing! Here you will find the meaning of this acronym, the story of its origin, and some alternative meanings. You will also see some conversation examples to help you better understand how this term is used by showing you how it is properly used in context. Finally, you will see some synonymous words or phrases that you can use in place of this acronym and the phrase it represents.

What Does TF Mean?

This acronym is used to represent the phrase “the f**k” as in asking “what the f**k?” It is used as an expression in response to many different kinds of situations as an exclamation, declaration, or question. It is used to show feelings of disdain for something that makes someone angry or to show surprise when someone says something shocking.

There are several other phrases, business names, etc. that can be represented by this acronym. However, there are too many to mention them all here. Some of the other things this acronym can represent are “too far,” “true friend,” “tuna fish,” “treatment facility,” and “trade facilitation.” 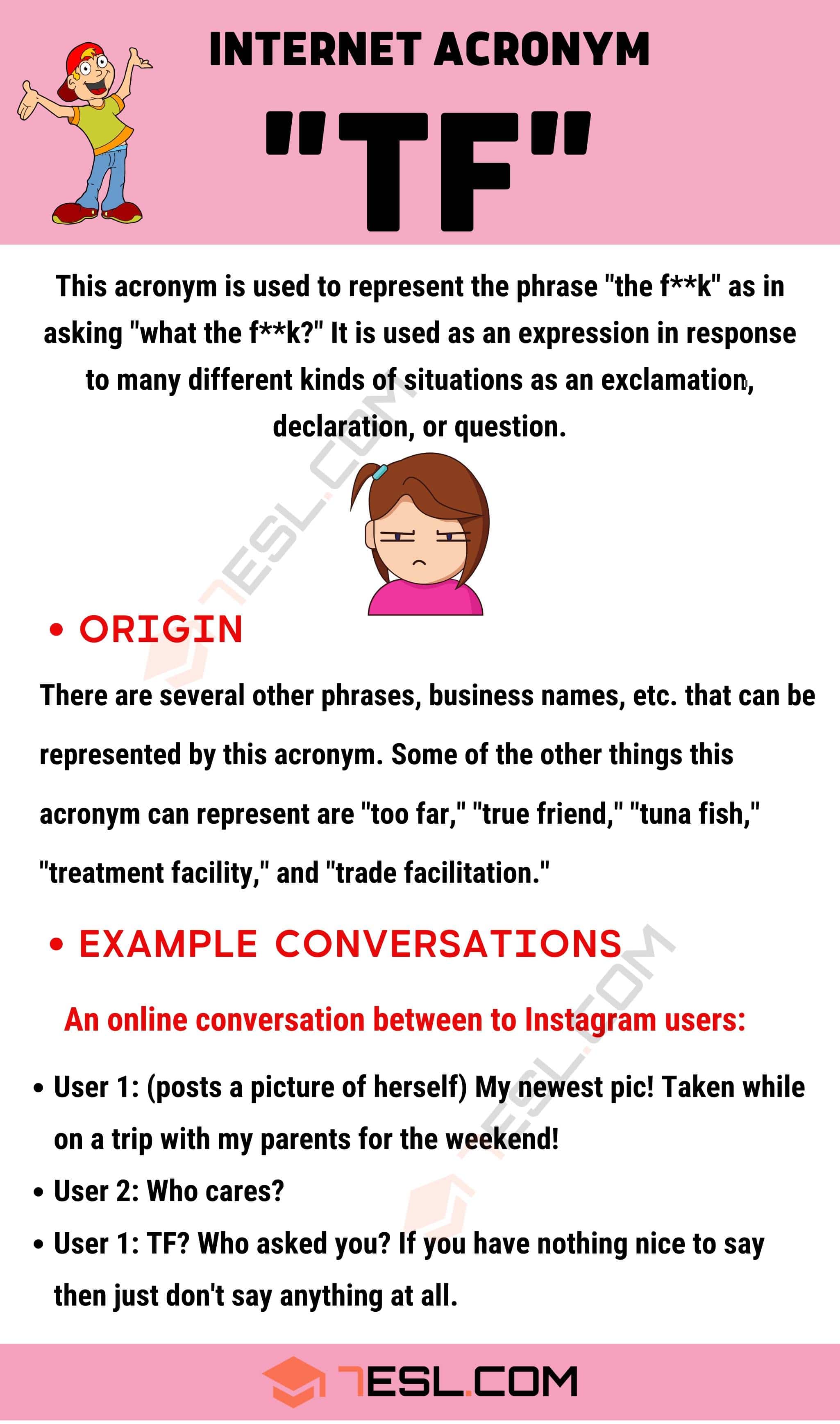 TF who write the article is gay
I used right?

JoJoBro
Reply to  The Fucker

The Fucker
Reply to  JoJoBro

Thanks bro, ty for the quick answer LOL