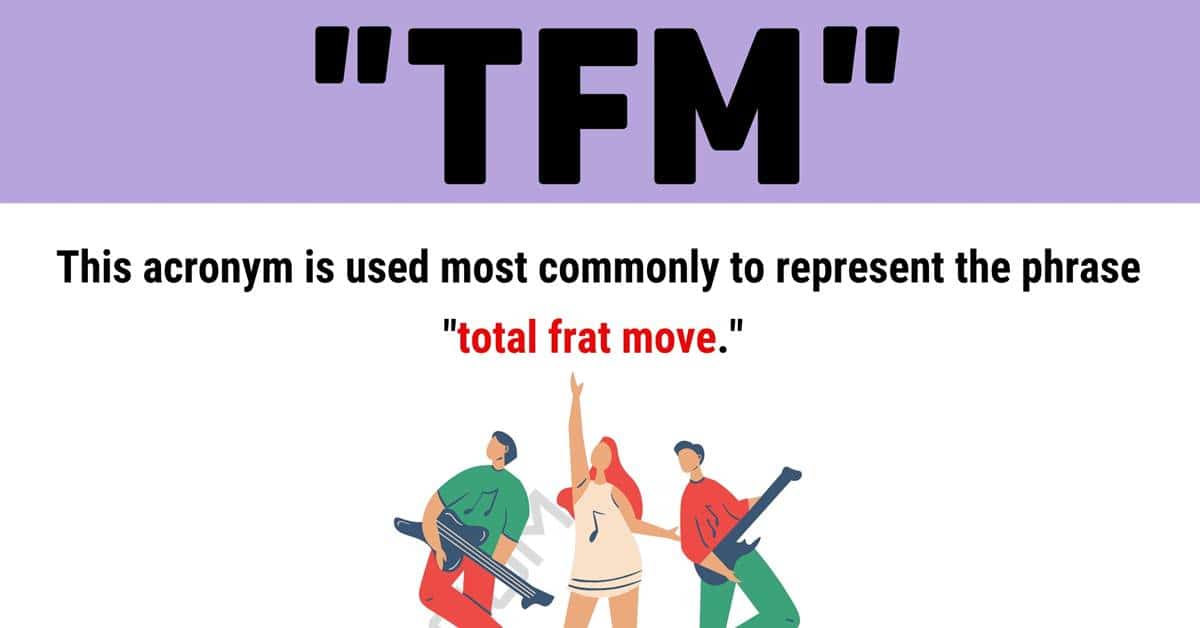 The acronym “TFM” is most likely to be heard if you are in college. If you have never heard or seen this term before and just encountered it recently, then you have come to the right place to learn about its meaning. Here you will not only find the meaning of this term, but you will also discover the story behind its origin and some alternative meanings for the acronym as well. You will have the chance to read through some example conversations to see how the term is used in context to help you better understand it. Finally, you will some synonymous words or phrases that you can use instead of using this particular acronym and the phrase that it represents.

What Does TFM Mean?

This acronym is used most commonly to represent the phrase “total frat move.” It is used as a response when someone does something that would be considered an action or activity that a male who is a member of a college fraternity would do.

The acronym and the phrase that it represents originated in 2010. While two former fraternity brothers named Ryan Young and Madison Wickham were still in college, they privately shared stories with their fellow fraternity members about girls, drinking, and other fraternity life. The stories were referred to within the fraternity as “total frat moves.” After graduating from college and moving on with their lives, Wickham believed that the phrase had the same potential for internet fame as other acronyms like “FML.” He contacted his fellow frat brother, Young, and together in 2010 they started a website called “Total Frat Moves” where users could come and post their stories about frat life. They coined this phrase and a few others as well which are used on the internet today to describe the unique lives of students in college.

There are several synonymous phrases that you could use to replace the phrase that this acronym represents in conversation. Some of the alternatives you could use instead include: 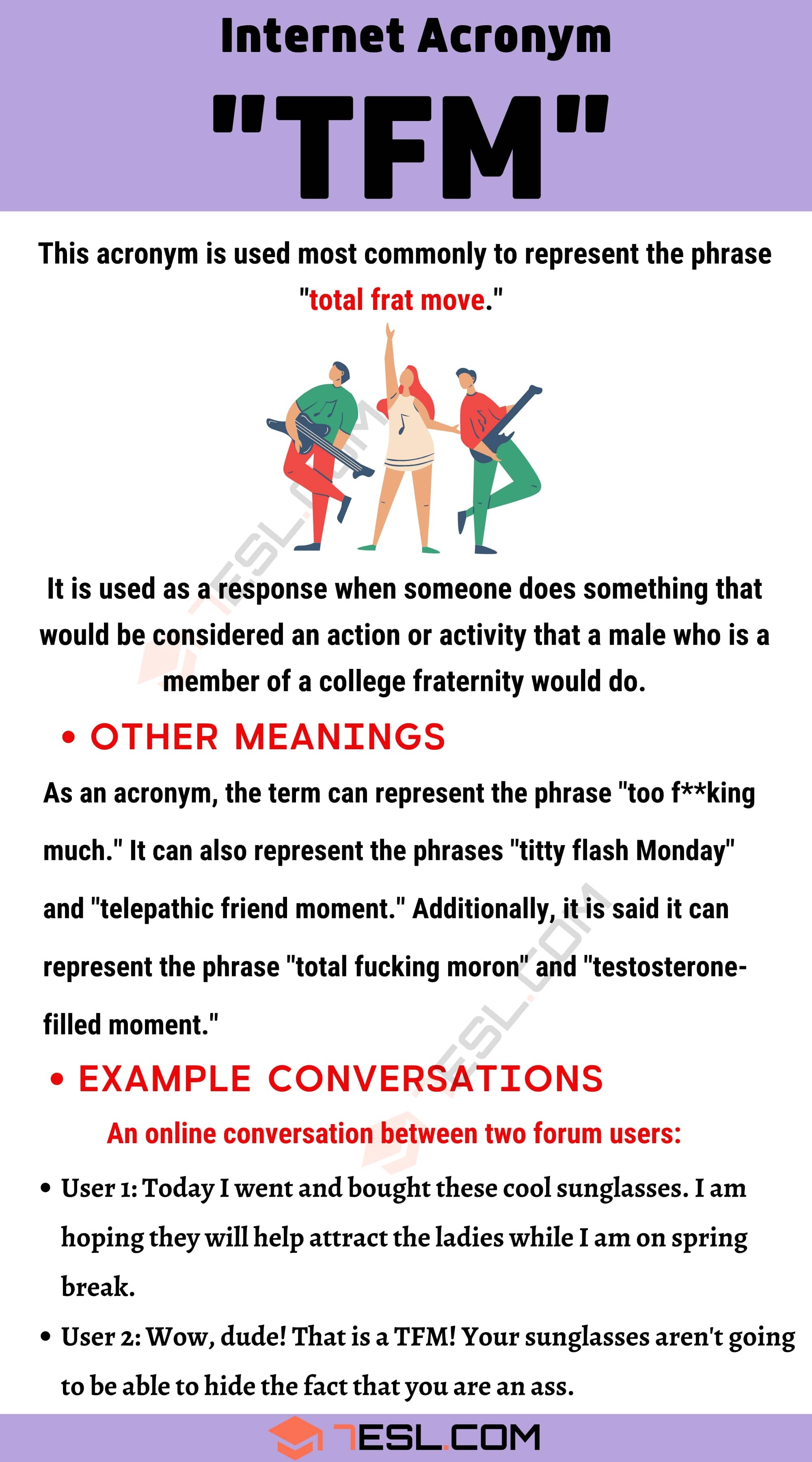